This rally is now deep enough into the daily cycle that it has become dangerous to chase it any longer. Sentiment has reached bullish extremes, some of which rival the `07 top. Again not the kind of conditions that would warrant pressing the long side any longer.

As much as I would like to see a continuation of the C-wave the odds are starting to pile up against it. It appears that gold is now in the process of putting in a left translated daily cycle. Today’s move under the March 12th low is likely suggesting this cycle has already failed. 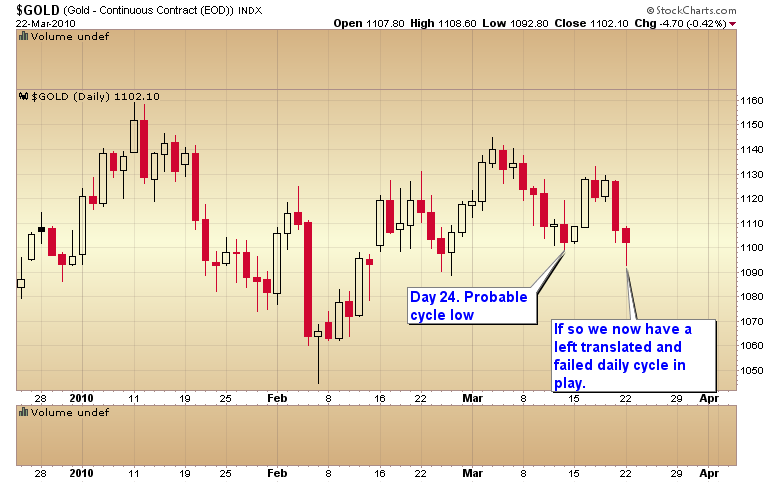 The bad news is this is starting to look more and more like a D-wave. The good news is that it will probably bottom in the next couple of weeks along with stocks when the market moves down into the next daily cycle low.

We should then begin the next A-wave advance. Those are usually fairly powerful. Often testing the highs in fairly short order.

If miners can hold above their February lows as gold breaks to new lows it would be a very bullish sign that the A-wave was ready to begin.

For the time being the safest position is in cash as we wait for the stock market to correct.