Amazingly enough…or maybe it’s not so amazing, every time gold corrects we see the conspiracy theories flying thick and heavy. I’ve asked this question I don’t know how many times and I have yet to receive a logical answer. Now that I think about it I don’t believe I’ve ever received any answer.

If gold is being manipulated by the powers that be how in the world did it manage to rise from $250 to over $1200? I have to say if someone is manipulating the price of gold they are doing a damn poor job of it.

I have to ask when gold was rallying hard last November where was the manipulation then? I didn’t hear a peep from the conspiracy crowd all month.

When gold was rocketing higher in late 07 and early 08 where were the conspiracy buffs? Was there a conspiracy to raise the price of gold at that time?

How about the monster rally in 05 and 06? How could this possibly happen if gold is being suppressed?

Folks here’s the truth, virtually anything can be tampered with in the short term. It happens all the time. But no one and I mean no one can halt a secular bull or bear market. Case in point, Greenspan and Bernanke have printed literally trillions upon trillions of dollars in the vain attempt to halt the secular bear market and it has backfired every time. Just like it’s going to backfire this time too.

Let me show you three charts. 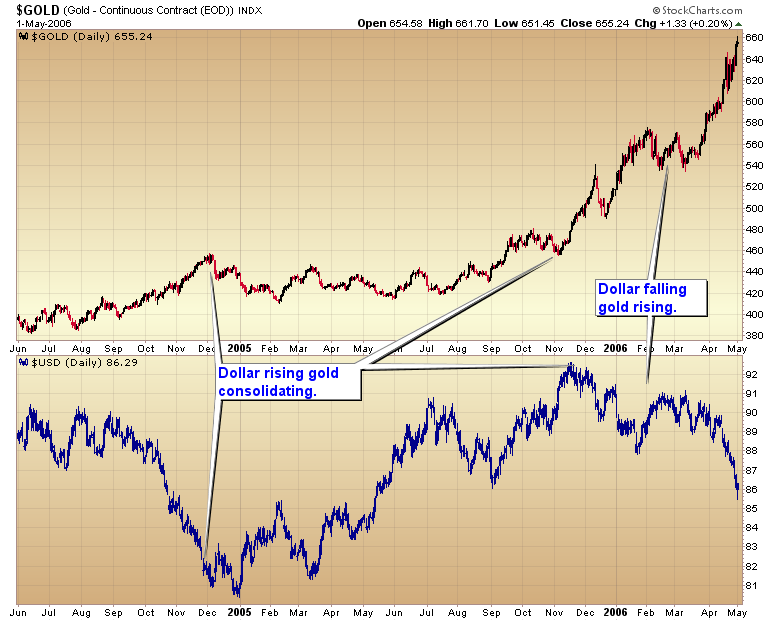 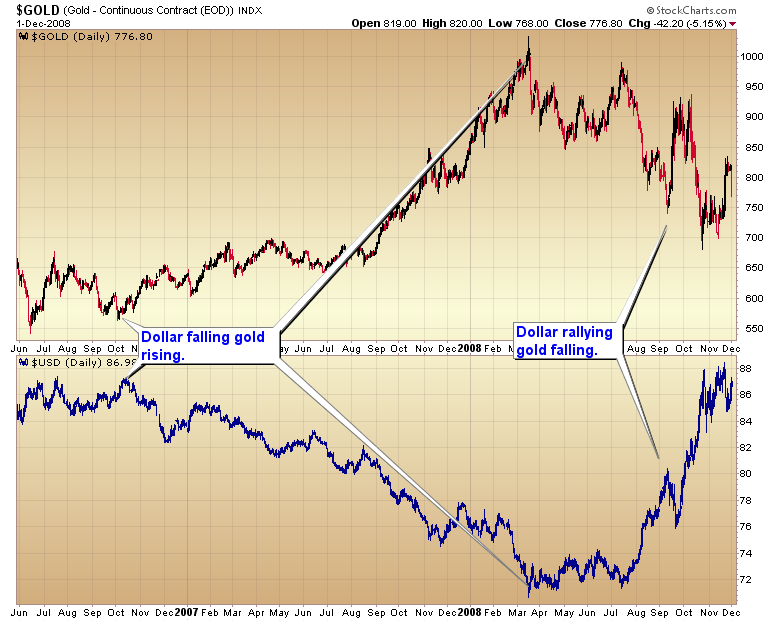 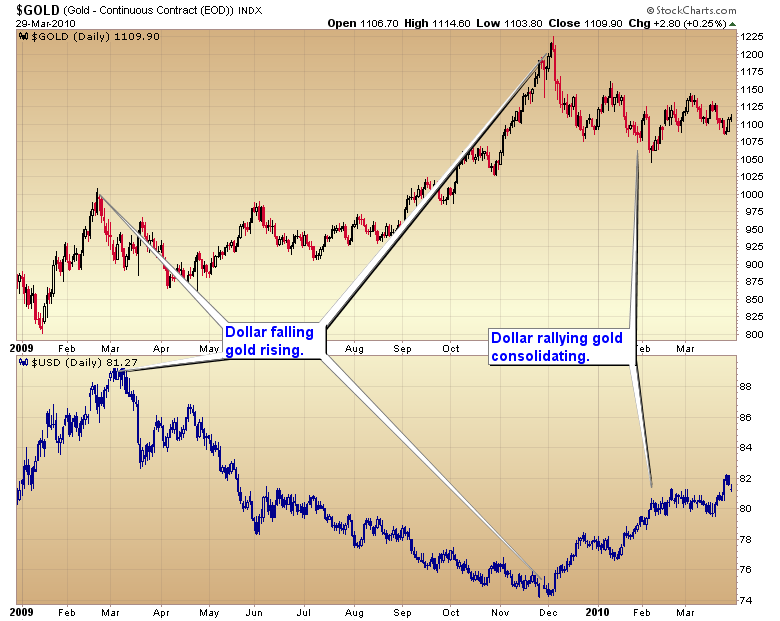 There’s nothing mysterious about the gold market. It’s simple, when the dollar is in its secular bear trend gold is in its secular bull trend. When the dollar is in a counter trend rally gold corrects or consolidates. It really is that simple.
When gold gets extremely stretched above the mean it regresses, just like every other market in the world. Actually regression to the mean is the one principle in the stock market, or any market, that you can bet the farm on.
When gold enters the final phase of a C-wave advance emotional traders spike the price irrationally far above the 200 DMA. Smart money when they see that happen start selling. There’s nothing evil about that. As a matter of fact it’s just good commonsense.
So unless you think some mysterious force is also controlling the currency markets and the law of regression to the mean all in an effort to manage the price of the pitifully small precious metals market I’m going to suggest one get on with the business of making money and forget about this manipulation nonsense.