Without going into detail if the market moves to new highs I think the odds are good that we have entered a potential runaway move similar to 06/07. 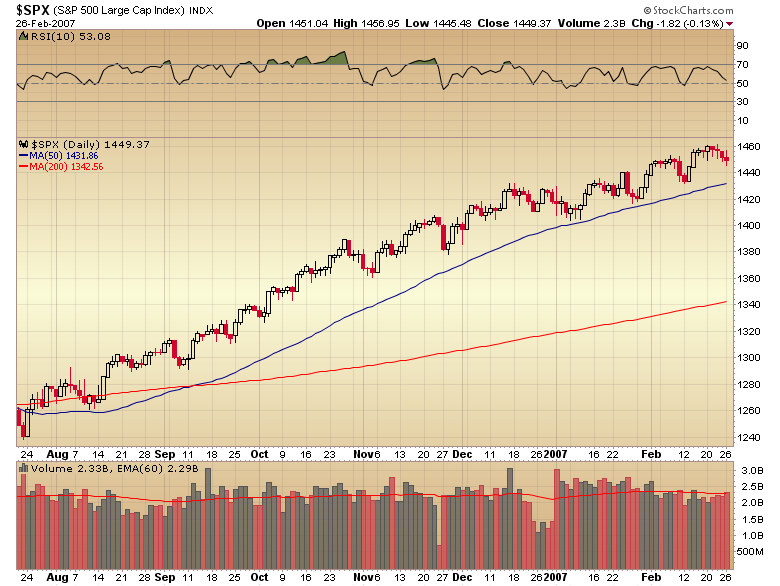 I can tell you that during one of these moves you can just throw out virtually every tool as they all become pretty much useless.

There are two signs to watch for as a clue to an impending top. Needless to say we don’t have either at this point and there’s no telling how long this could last if it does indeed turn into a runaway rally. The 06/07 move lasted almost 7 months. This one is already 2 months old. 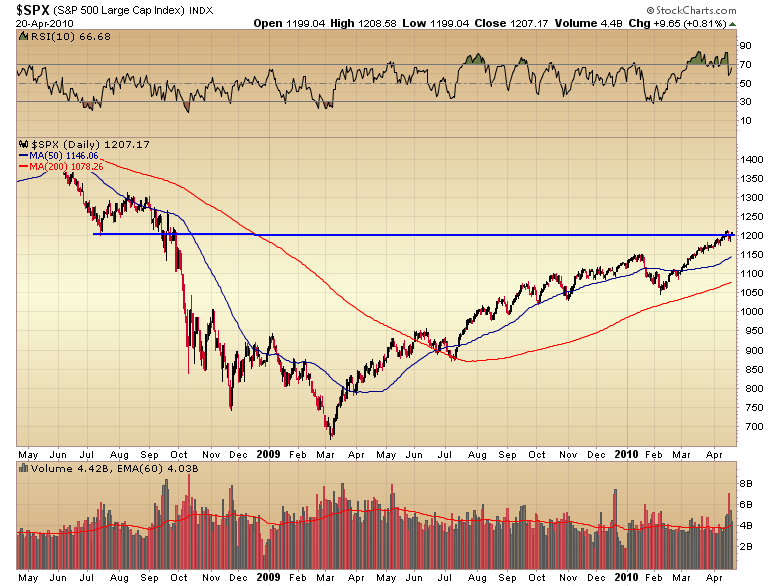 I don’t actually expect the move to continue at the same pace as the last two months but it is showing all the signs of an impending runaway rally.
Needless to say shorting something like this is suicide, although I think by now we’ve all learned our lesson about shorting this cyclical bull.