We may see gold breakout of the triangle consolidation today. However I don’t think one should expect gold to just “runaway”. It is late enough in the daily cycle that we have a short term correction coming due soon. It’s probably more likely that gold breaks out, then re-tests the breakout level at $1250. 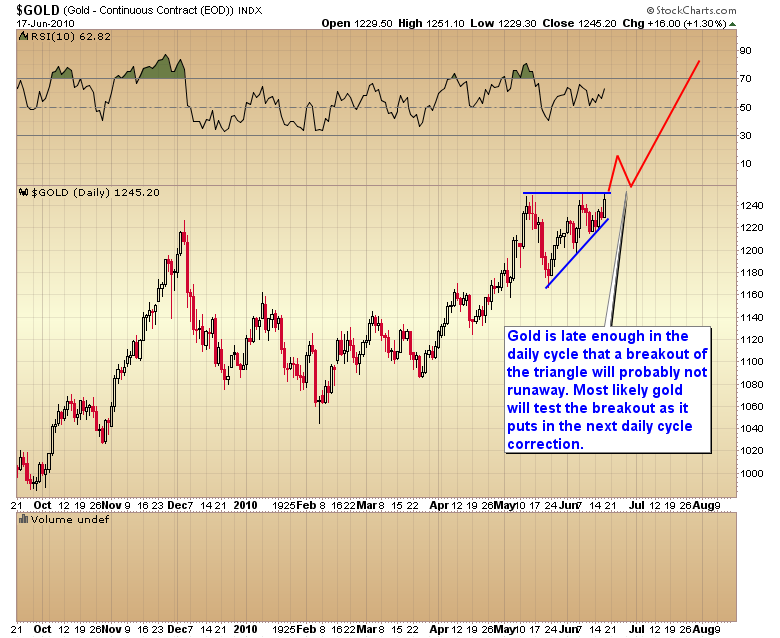 I’ll have more in the weekend report of what I think is unfolding in the precious metals markets.