During the recent correction miners underwent a significant change of character.

I’ve mentioned many times in the past that the selling pressure at intermediate cycle lows tends to pull everything down with it. That always includes the miners. Mining stocks are notoriously volatile and gold bugs are probably the single most nervous group of investors on the planet. So it’s not unusually to see the HUI drop 20-25% during an intermediate level correction in the stock market.
You can see that during the first two intermediate degree corrections we’ve had since this bull market started, miners followed that pattern to a T as panicky gold bugs fled the sector in droves. 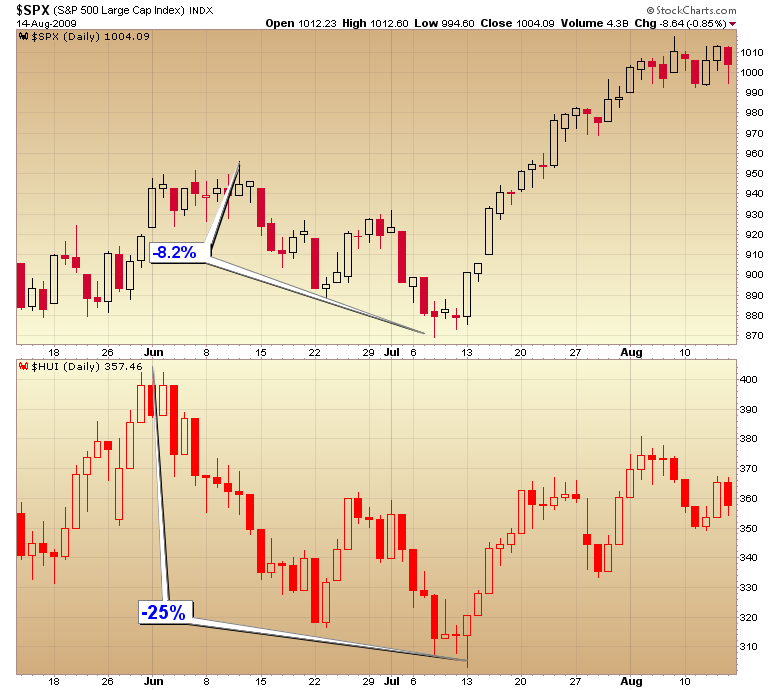 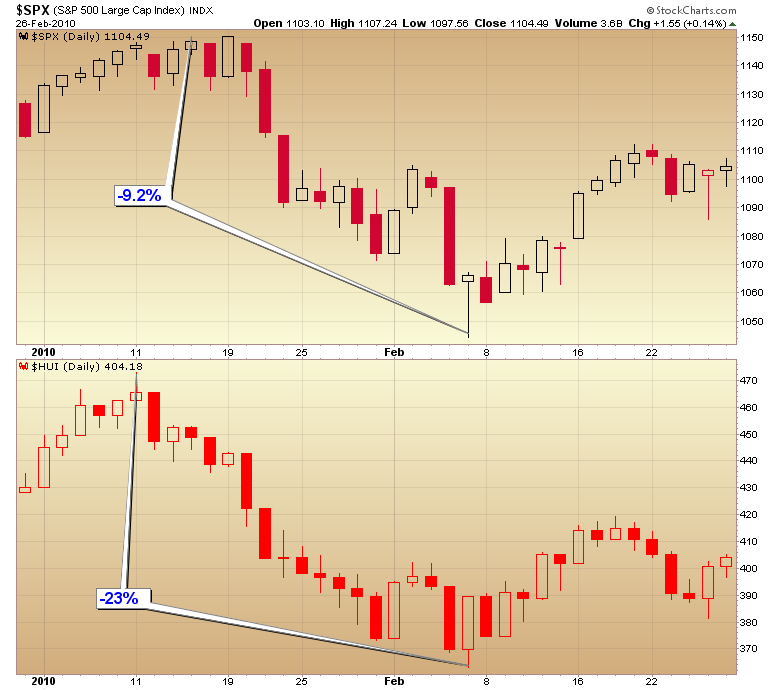 During this latest intermediate term correction something changed though. During the first stage of the correction the mining sector could have cared less what was happening in the stock market. 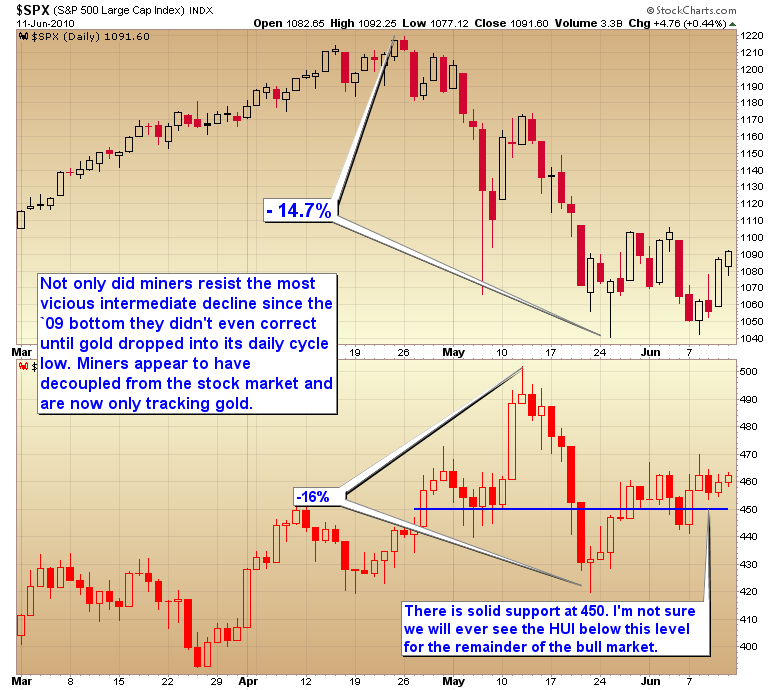 During the first two weeks of the correction while the market was in crash mode miners actually rallied over 14%. Miners, like gold had completely decoupled from the stock market. It wasn’t until gold put in it’s smaller daily cycle correction that the miners pulled back at all and even then it was only a mild 16% pullback.

It’s apparent that miners have now moved into strong hands. Hands that aren’t going to sell at every little wiggle in the market. Hands that are going to scoop up the shares that flighty retail investors are foolish enough to let go of.

55 thoughts on “CHANGE OF CHARACTER”