I have to wonder, are we entering the ending phase of this cyclical bull?
For sometime now I’ve noticed the similarities between the `02-`07 cyclical bull and what we’ve experienced since March of last year. The one difference is that this time we’ve truncated the middle phase of the bull. I suspect that was a direct result of the massive liquidity Bernanke … and all central banks have pumped into the system. 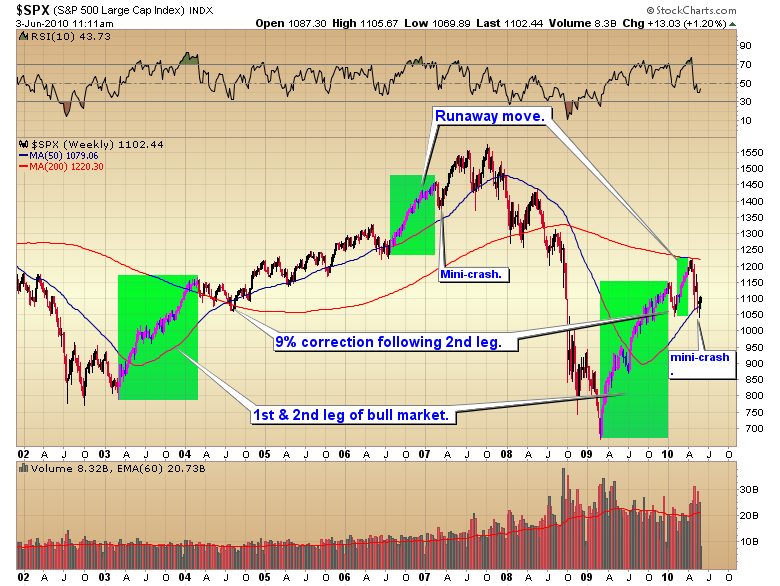 Both bulls exhibited powerful moves out of the bottom followed by a 9% correction separating the second leg from the third. In the `02 – `07 bull we then entered a 2 year phase were the market ground higher. That phase is missing from the current bull.

What followed the `06 correction was a powerful runaway move into the February `07 top. That persistent rally skewed sentiment extremely bullish at the time. We saw the exact same thing develop as the market entered the runaway move out of the February 5th bottom. At it’s peak sentiment had reached bullish levels exceeding what we saw at the top of the last bull market in the fall of `07.

In `07 the runaway move led to investor complacency and severely depressed put buying. The same thing happened at the recent top in April. Investors became terribly complacent. Protective put purchase fell off the chart. The market had no safety net under it. In that condition it was at risk for a crash if investors all tried to head for the door at the same time. They did, and we suffered a mini-crash in the spring of `07 and again in May.

In `07 the initial crash low was tested and broken followed by a 2b reversal. 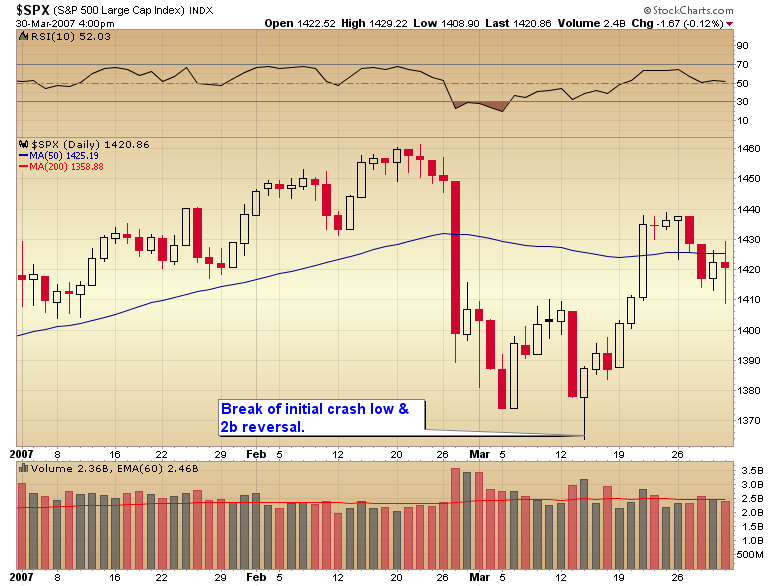 Recently the S&P also broke to lower lows and bottomed with a 2b reversal. 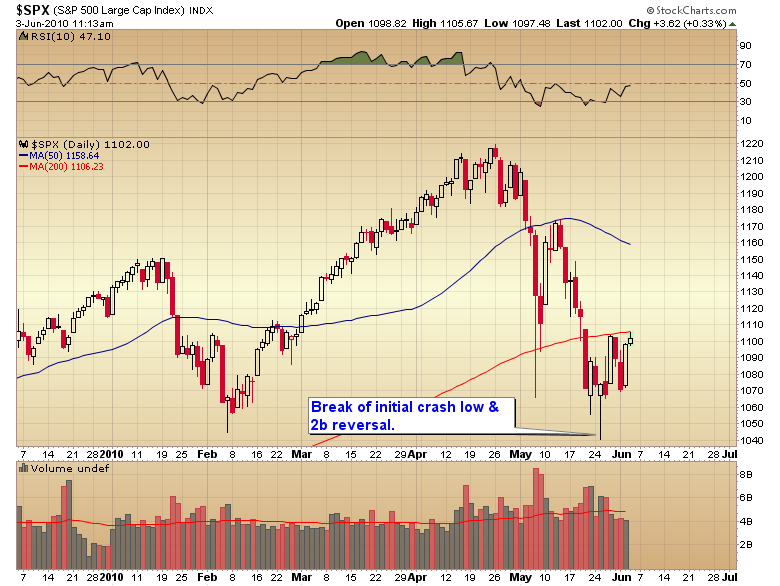 Both markets experienced volatile swings as the market put in the intermediate term bottom.

Both crashes quickly moved sentiment back to extreme levels of bearishness. In `07 sentiment turned more dour than at any other time during that cyclical bull. At the recent bottom sentiment was blacker than at any time in the last 10 years as measured by a basket of intermediate term sentiment indicators.

These kind of extreme sentiment levels are the building blocks for powerful moves. In `07 the extreme bearish sentiment drove the market into a final double top that capped the cyclical bull.

If sentiment levels are any indication we should now be set up for at least one more explosive move higher before the fundamentals final overcome this market and drag it back down into the next leg of the secular bear. 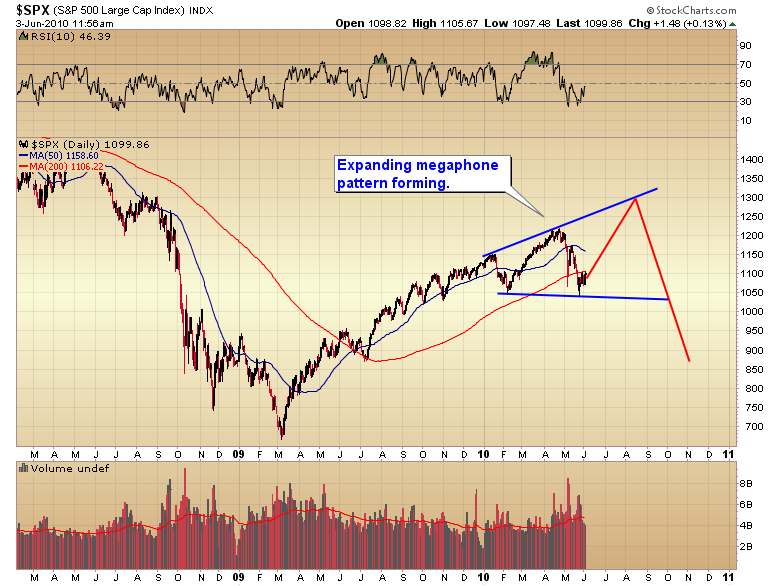 The similarities are piling up:

Protective put buying dries up leaving the market with no safety net and vulnerable to crash conditions? Check!


Test and 2b reversal of the initial crash low? Check!


Volatile swings back and forth during bottoming process? Check!

If history is any indication we should now be on the verge of one more explosive move higher before this cyclical bull expires and heads back down into the next leg of the secular bear.