If you are one of those people who absolutely loath ever taking a draw down then you might want to wait a bit before jumping in with both feet.
Gold is due for a daily cycle low any time now. It is possible that the low formed last Wednesday. 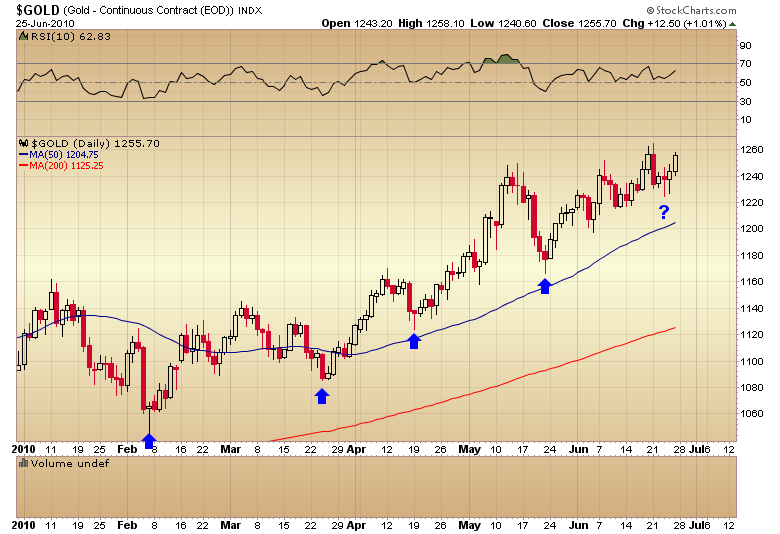 I would like to see a more decisive decline to mark a cycle low though. If you are a long term “OldTurkey”  type investor just ignore the daily cycles. But if you are still trying to enter positions with as minimal draw down as possible you might wait a bit and see if gold experiences a larger drop this week into a more normal daily cycle low.