A couple of weeks ago  I posted the possibility that the market might be forming a head and shoulders bottom instead of the top everyone was so focused on. I knew at the time that the intermediate cycle was in the timing band for a major low and sentiment had moved to bearish levels even more extreme than what we saw at the March `09 bottom.

Calls for a market crash were flying left and right. I’ll let you in on a secret, we always hear that the market is going to crash at intermediate cycle bottoms. The reality is we’ve had three real market crashes in the last 100 years. The odds of a fourth following right on the heels of the third are pretty darn slim.

The first and the third crash were caused by credit bubble implosions and the second was caused by severe overvaluation in the fifth year of a secular bull market. These fifth year corrections are fairly common in long term bull markets as it seems like it takes about five years for sentiment to swing to the extreme bullish side. Then the fifth year correction serves to wipe out that bullish sentiment so the secular fundamentals can continue to drive the bull higher. 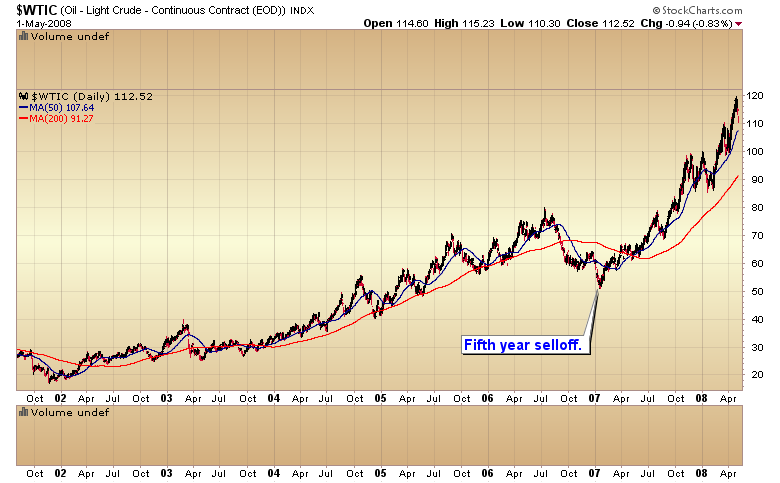 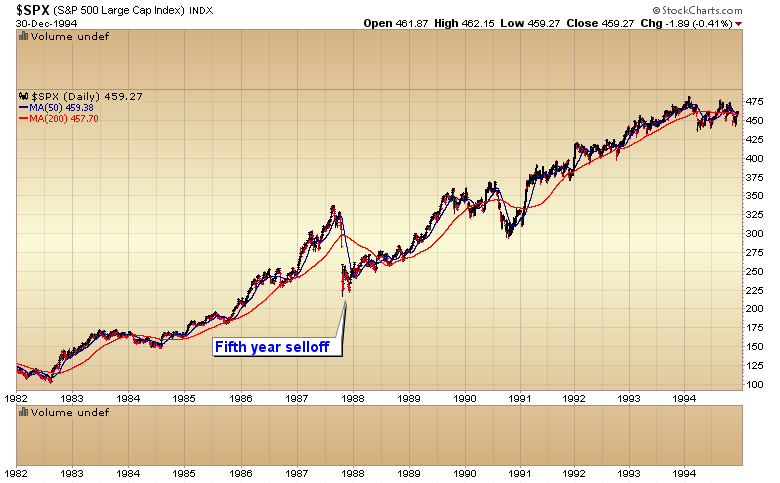 Not withstanding the very low odds of a market crash, I knew that  we were way too late in the intermediate cycle, and sentiment was way too bearish for there to be much chance of the head and shoulders top succeeding (actually head and shoulders patterns only succeed and reach their target about 27% of the time).  Not to mention everyone saw it which gave it even less odds of actually playing out like everyone was expecting.
At that point it became much more likely that the market wasn’t forming a head and shoulders top it was in fact probably going to form a head and shoulders bottom with the half cycle low forming the right shoulder.
No one else at the time was calling for any such outcome, as a matter of fact I took an amazing amount of abuse for my temerity to even consider such a ridiculous idea.
As of yesterday the Dow has now completed the inverse head and shoulders pattern by breaking the neckline just like I thought it would. Now will it reach it’s target (11,200)? The odds say no. But it’s anybodies guess at this point. 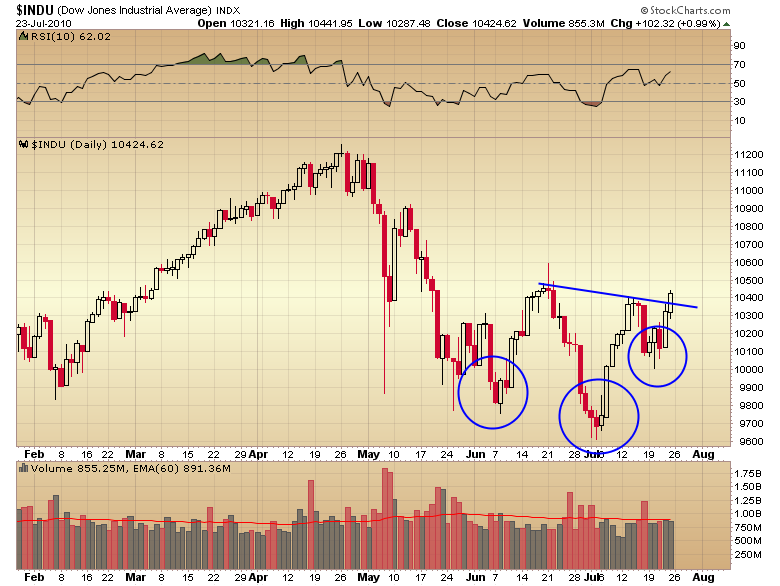 What we do know is that virtually all indexes have rallied out of the half cycle low to new highs thus breaking the pattern of lower lows and lower highs. Higher highs and higher lows is the definition of an uptrend.
This was why I’m not ready to call a bear market yet. I was confident this rally was coming and we need to see were it goes before we can say with any confidence that we are back in the secular bear trend.
We now have two clear lines in the sand. If the market breaks out to new highs then the perma-bear/deflationists were too early and the cyclical bull still has some kick left.
If the market (both Dow and transports) break below the July 1st low then yes the bear is back. 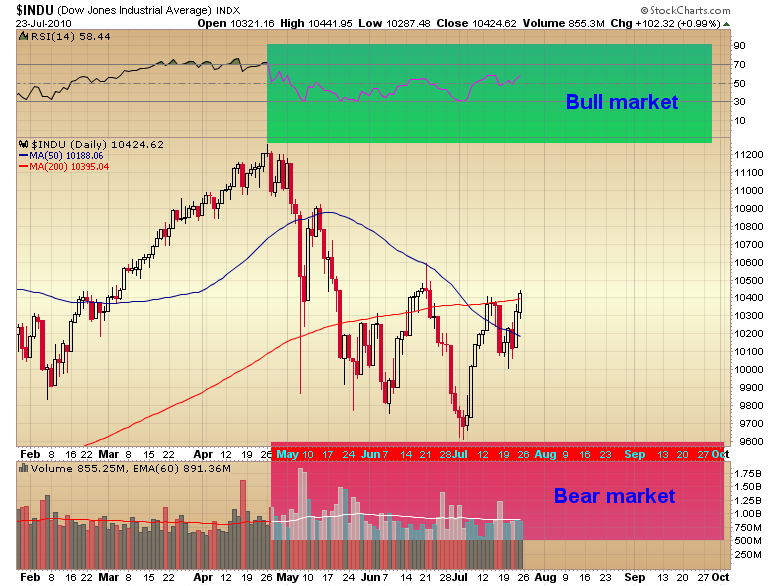 As long as the market holds between those two lines we will remain in no-mans land.
Right now the market is in rally mode just like I warned would happen. We just have to wait and see whether it turns out to be a bear market rally or another leg up in the cyclical bull market.
I for one, have no intentions of trying to guess which it is until one of those lines gets broken.