With all the talk of head & shoulders top, which everyone sees by the way and thus is unlikely to play out, I thought I might throw out a slightly different interpretation.

I wonder how many people see the inverse head and shoulders pattern that might be forming. 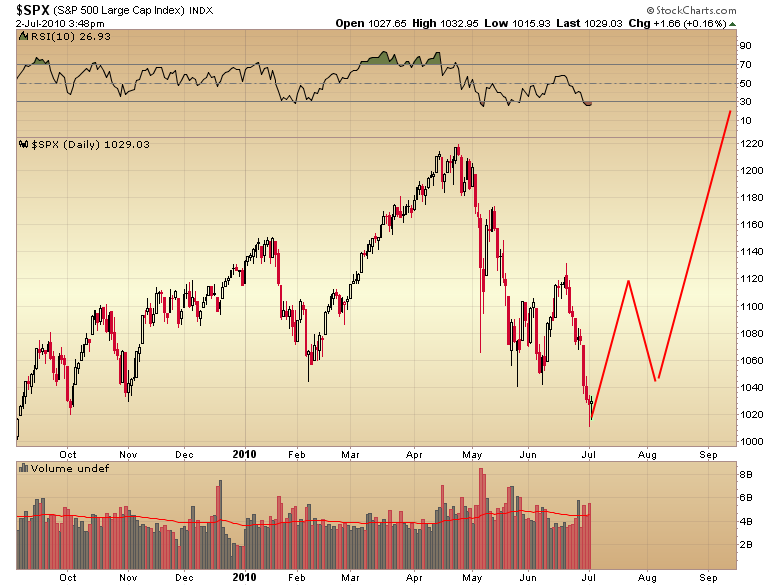 I haven’t heard anyone talking about that, which probably makes it a heck of a lot more likely than a straight collapse predicted by the vast majority.

I already showed the reasons why we should expect a major bottom soon in the last post. Heck we didn’t even break to new lows today and we do have another intra-day reversal so it’s entirely possible we got the low yesterday.

If this unfolds, how many bears are going to get destroyed…again? I suspect quite a few already took a beating trying to sell into the February bottom. If the level of traffic on the blog at the time is any indication the bears lost a lot of money on that wrong call.

Like I’ve been saying for months and months why would anyone want to trade this manic market? You are just asking for pain either long or short. The only market that is still in a secular bull is the precious metals market.

In that sector you have the luxury of a safety net under you. Any mis-timed entry will eventually be corrected by the bull.