We now have a volatility coil forming on the S&P and silver. Contrary to what one might think the initial move out of a coil, although it is often aggressive, usually ends up being a false move soon to be followed by a more powerful and durable move in the opposite direction. 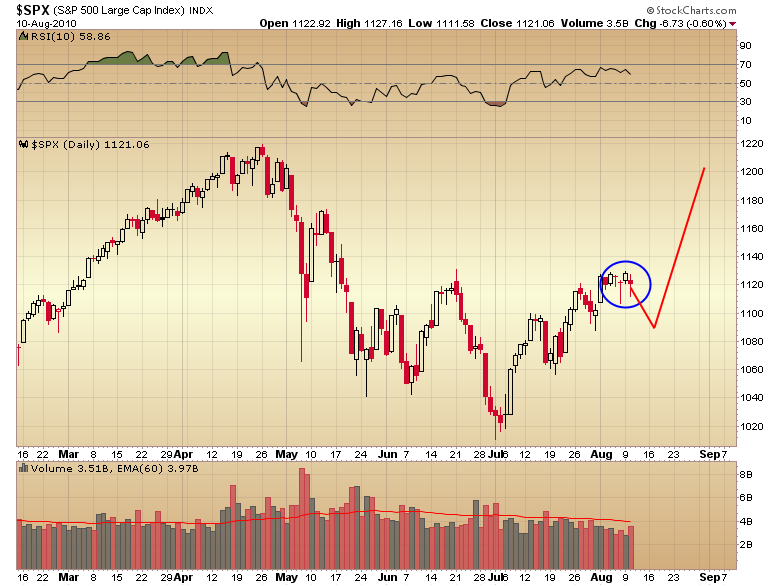 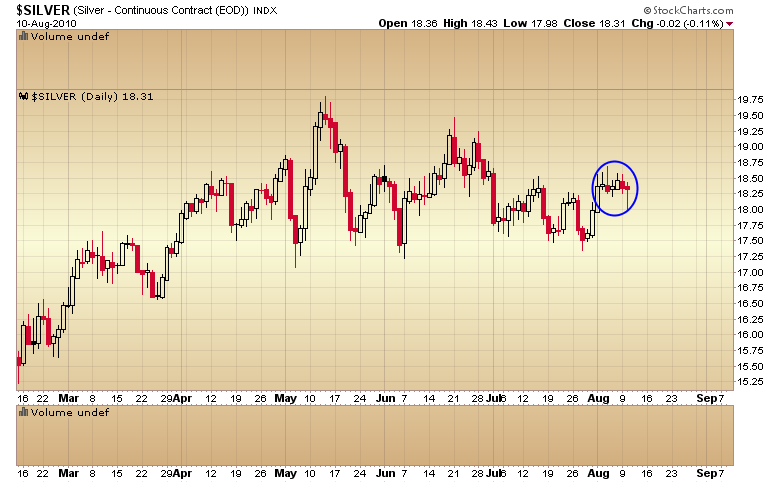 Yesterday was the 27th day of the daily cycle in stocks so it is possible that stocks are dropping into a slightly early daily cycle low.

The dollar is bouncing which may signal a slightly early daily cycle bottom there also. However that opens up the possibility that the dollar could have another entire daily cycle before the larger intermediate cycle bottoms.

The total lack of any selling on strength days during this rally suggests that a breakdown out of the coil will be reversed soon as the odds suggest. In the last 5 years only one intermediate rally has topped without at least one of these large negative money flow days. With no sign of smart money selling yet it is unlikely the intermediate rally is finished.