In June I warned the bears that it was dangerous to remain short as the stock market was in jeopardy of putting in a major intermediate cycle low. Most, not understanding cycle theory, didn’t listen. The result they got caught in a 11% rally.

Three weeks ago I warned the gold bears that an intermediate cycle low was coming due. Again the bears chose to concentrate on technicals instead of focusing on cycle timing and sentiment. The result? Strike two for the technical traders.

I think strike three is coming. I’ve warned again that the market is now in the timing band for another cycle low. That doesn’t mean it has to bottom today or tomorrow. What it does mean is that the deeper we get into the timing band the the greater the odds become for a bottom followed by a strong rally.

As a matter of fact if the market can add a few more down days it will form a much better right shoulder in the inverse head & shoulders pattern. 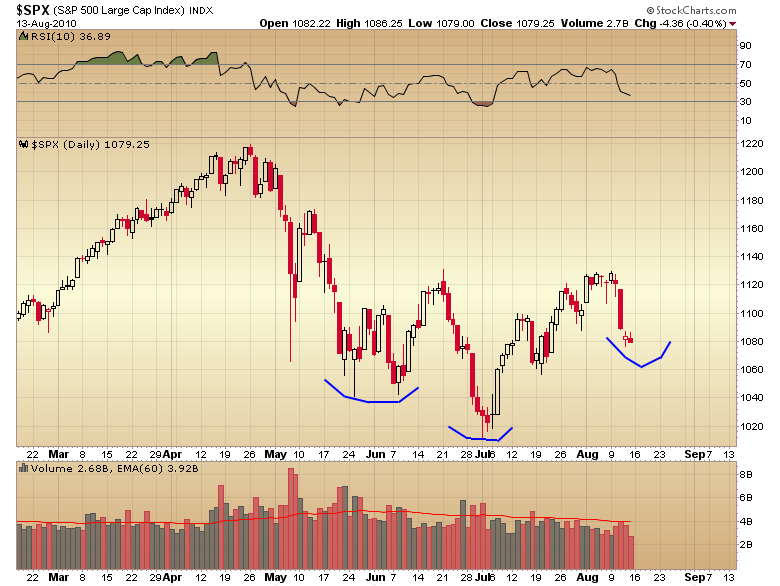 I’m afraid the technicals are going to suck in the bears again right as the market puts in a bottom.
If we had seen a large selling on strength day I would be a lot more confident this is the beginning of something more significant. Absent that I think we have to assume that we are just seeing the normal move down into a daily cycle low that occurs like clockwork about every 30-40 days.
On Friday we started to see the McClellan oscillator begin to compress. 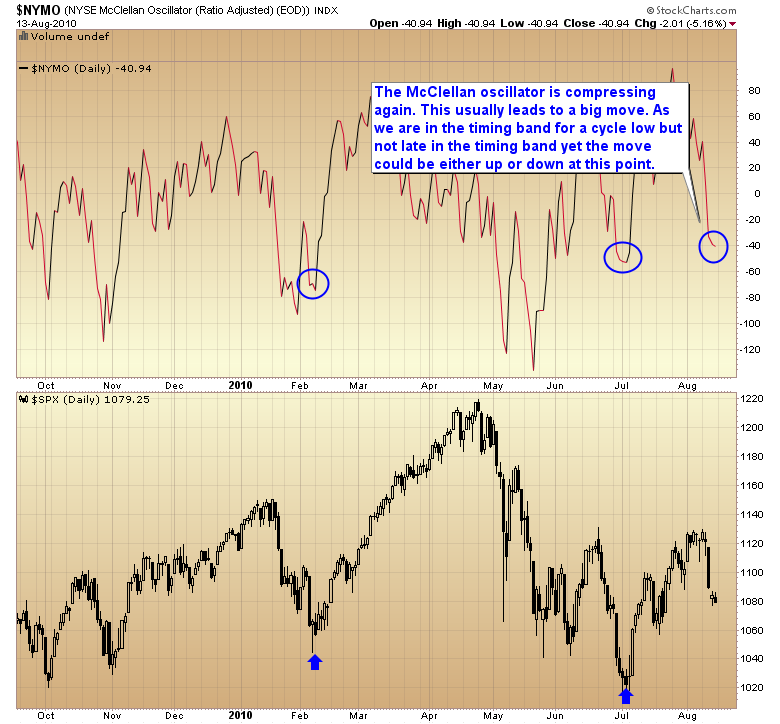 Often these compressions are followed by a large move in stocks. As we move deeper and deeper into the timing band for the cycle low the odds are going to increase that the move when it comes will be higher forming the right shoulder of the H&S pattern.
The prudent thing to do is either wait in cash for the cycle to bottom or cover shorts on the first swing low.
Longer term it would be much safer to wait for the Dow Theory sell signal before getting aggressively short, especially absent a large selling on strength day or days.
Ask yourself, do you really want to make the same mistake three times in a row? Selling into a bottom is a tough way to make money…even in a bear market.