It’s been my position for a while that Bernanke’s monetary policy would eventually create a currency crisis in the worlds reserve currency.

I warned that crisis would begin as soon as it became apparent the dollar was caught in the grip of the 3 year cycle decline.

I had three conditions that had to be met before I’m was willing to call the beginning of the end. The first condition was for the dollar to move below 82. That was the warning shot that problems were developing.

The second and third condition were a move below long term support (80) and a failed intermediate cycle.

The drop below 80 this morning has now completed the final two conditions. 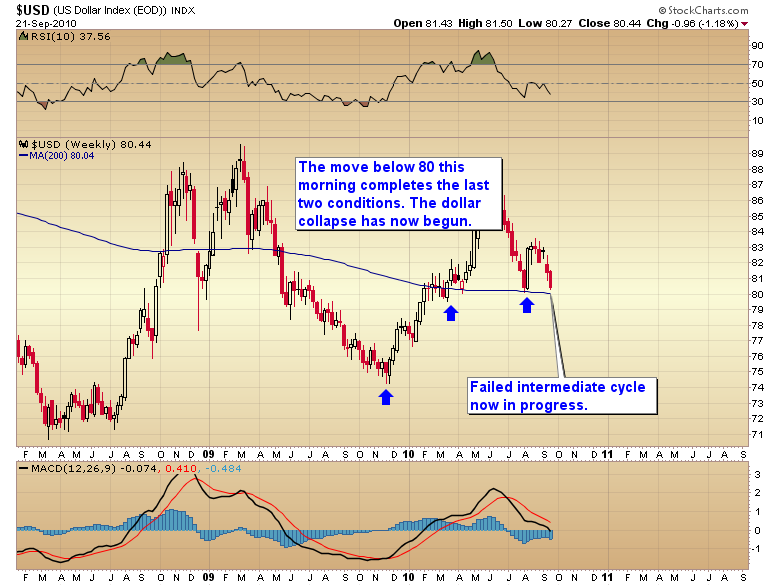 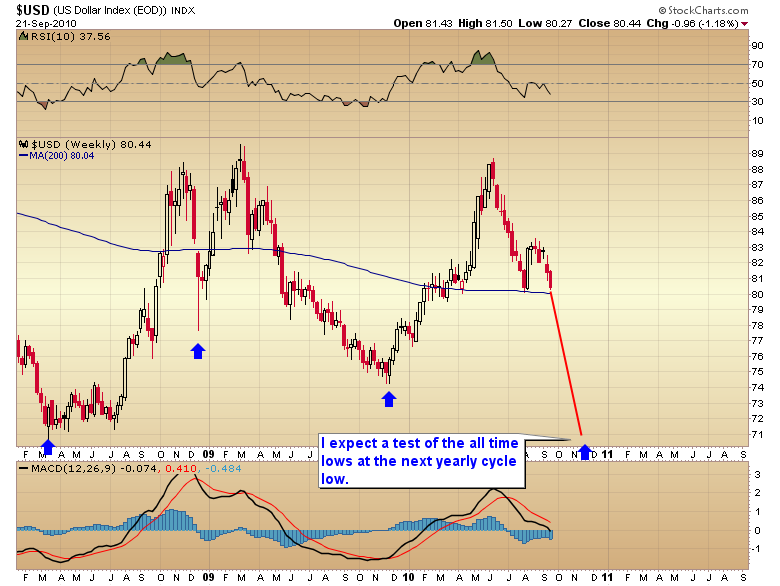 Finally we should see a full on mini crisis by the time the dollar drops into the major 3 year cycle low next spring or early summer. 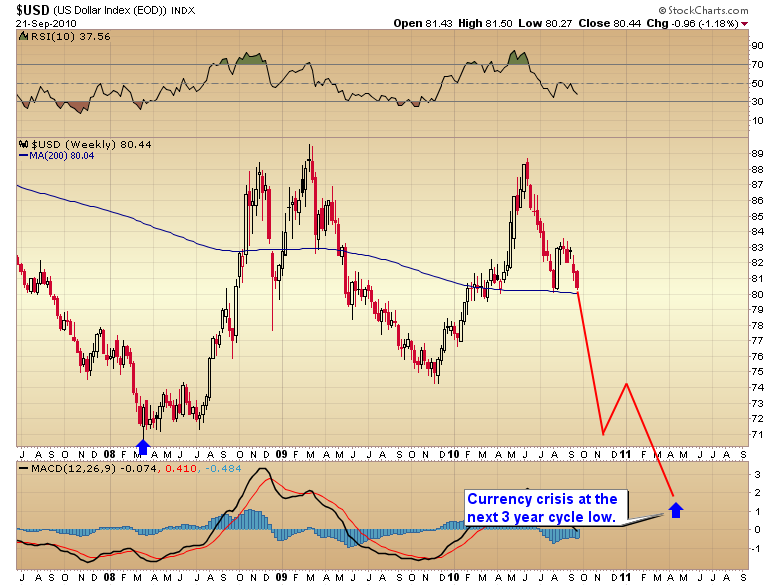 I’ve been pointing out for months that deflation just isn’t a possibility in a purely fiat monetary system. A determined government can create inflation any time it wants as long as they are willing to sacrifice the currency. I think it’s safe to say the United States has no compunction against destroying the dollar.

We are now heading into an inflationary storm that will expose deflation theory as the pure nonsense that it is.

240 thoughts on “CURRENCY CRISIS HAS BEGUN”