The question was posed that perhaps gold is only rising because the dollar is falling. While every C-wave has been driven by a collapsing dollar you will see in the next several charts that gold is rising in every currency. Every country is debasing their currency. 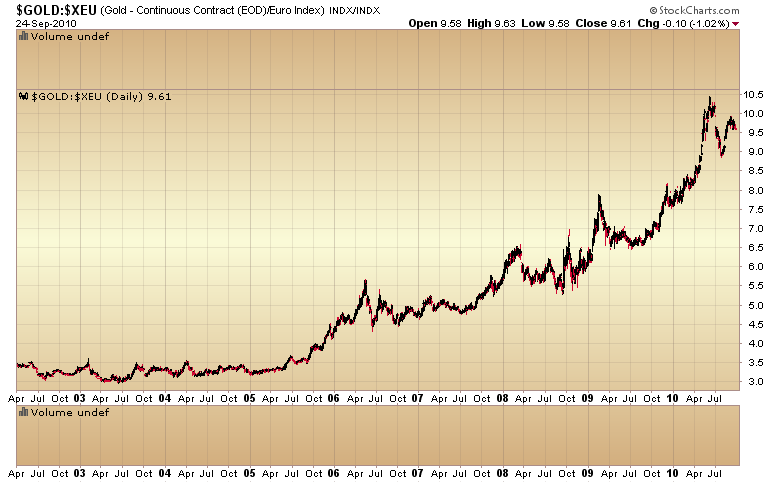 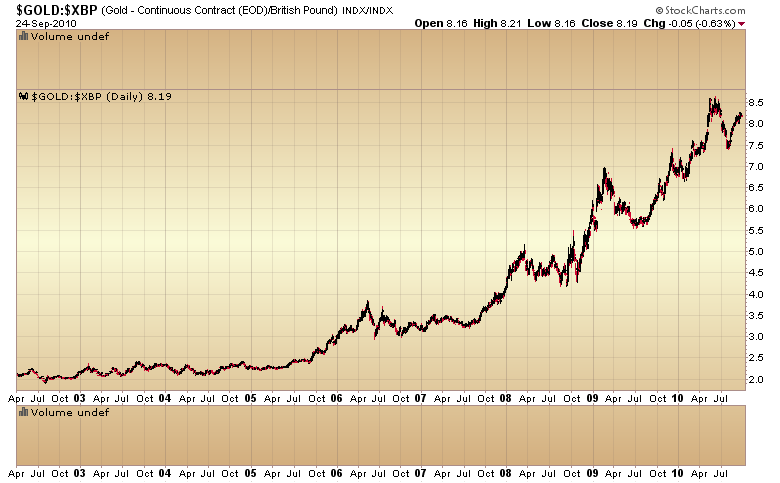 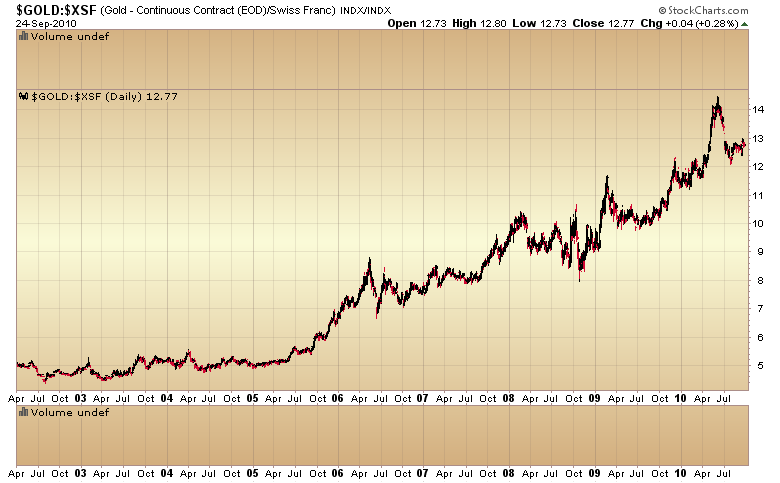 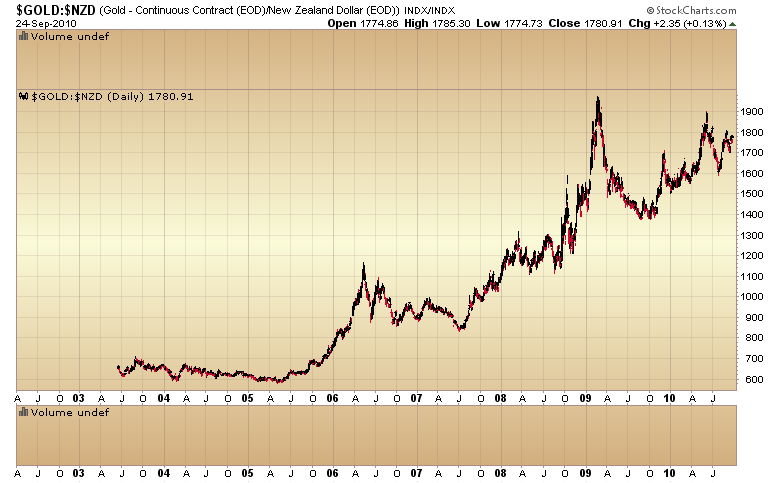 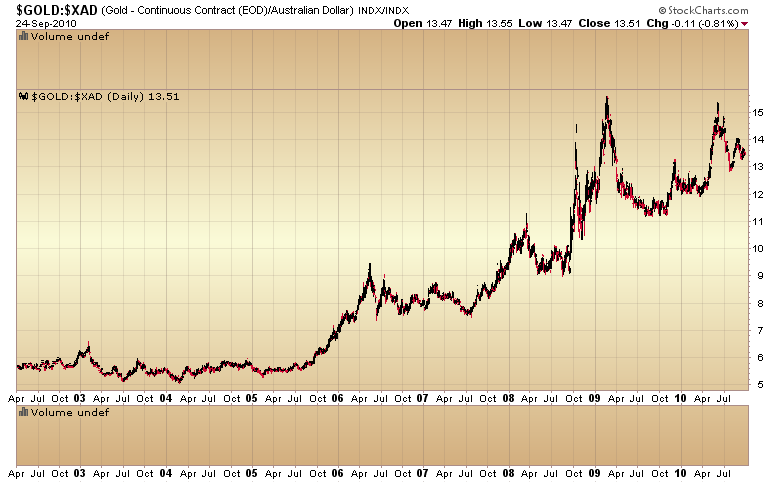 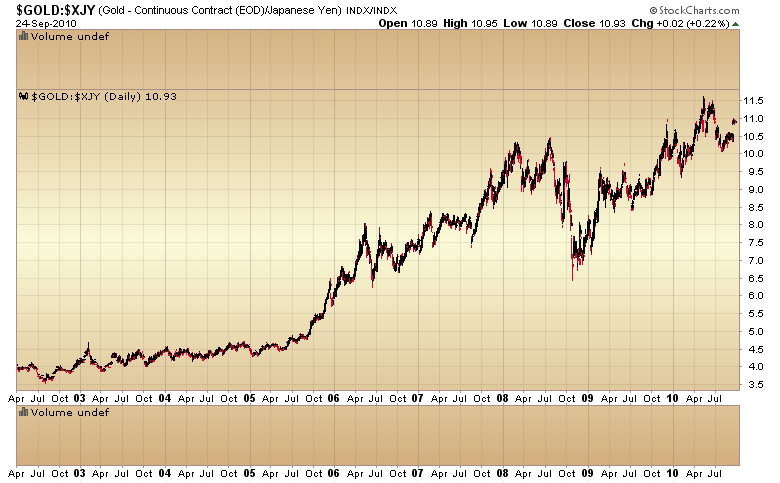 What’s more, gold is also rising against all other commodities since late `05. 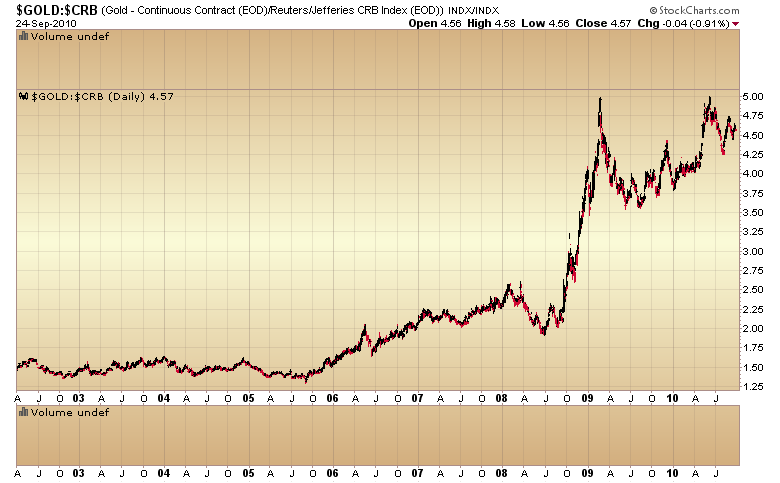 Remember how I’ve pointed out that oil was the leader during the first phase of the commodity bull and how it should under perform during the second phase. That is because the fundamentals are now impaired in the energy markets but are improving in the precious metals sector.

I’ve been of the opinion that the gold:oil ratio will now remain in a range above 13 for the rest of the commodity bull with occasional spikes above 20 as C-waves progress. 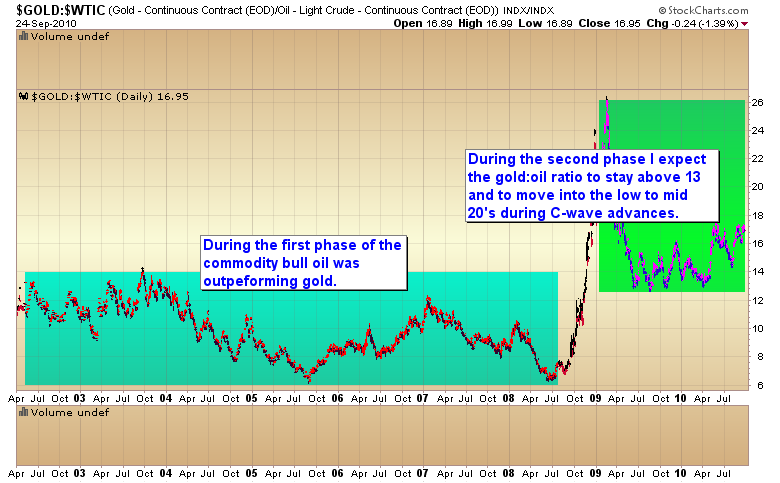 At the moment the gold: oil ratio is at 17. I expect that will move up to or above 22 by the end of the current C-wave sometime this spring.

243 thoughts on “GOLD RISING AGAINST ALL CURRENCIES”