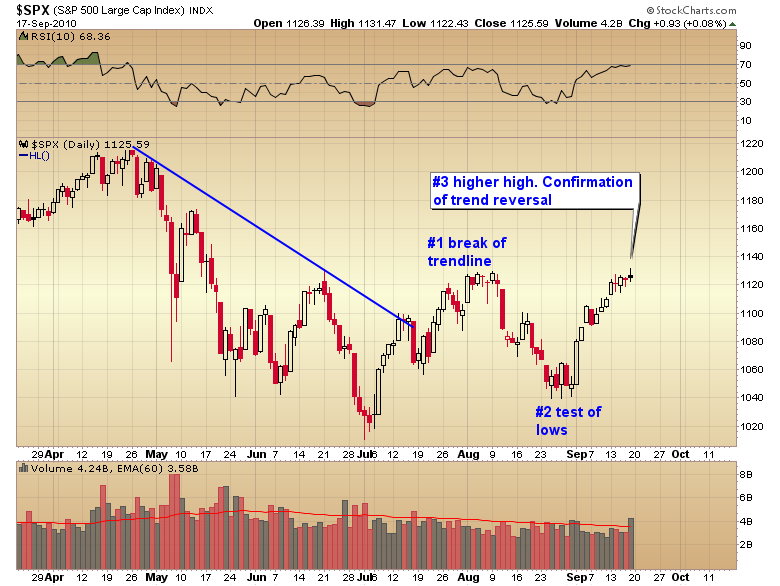 Now whether we get any follow through next week will depend on if the dollar continues down to test 80. Note that Friday was day 14 of the current daily cycle. We usually see a minor half cycle correction sometime around day 15 to 20.

So we should expect a short term top any day now. However I expect the pullback will just serve to dampen sentiment a bit so the next push higher can begin. If I had to guess I would say the market will likely find support at 1100. 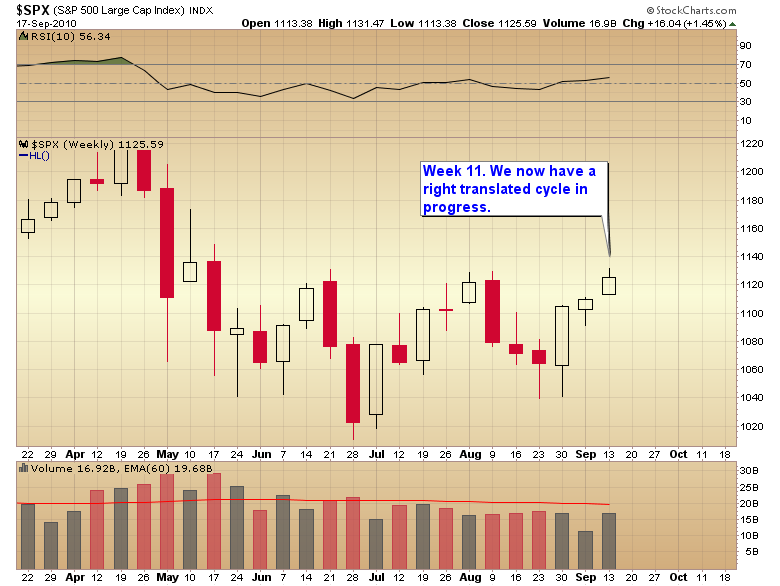 How is that possible you ask? The economy is in dumper. Well first off never make the mistake of thinking the economy determines whether the stock market goes up or down. From 1932 to 1937 we saw one of the greatest bull markets in history. The Dow rallied almost 700% and it did it with unemployment holding above 14% and occasionally rising to over 20%.

Let me show you what is driving the stock market. 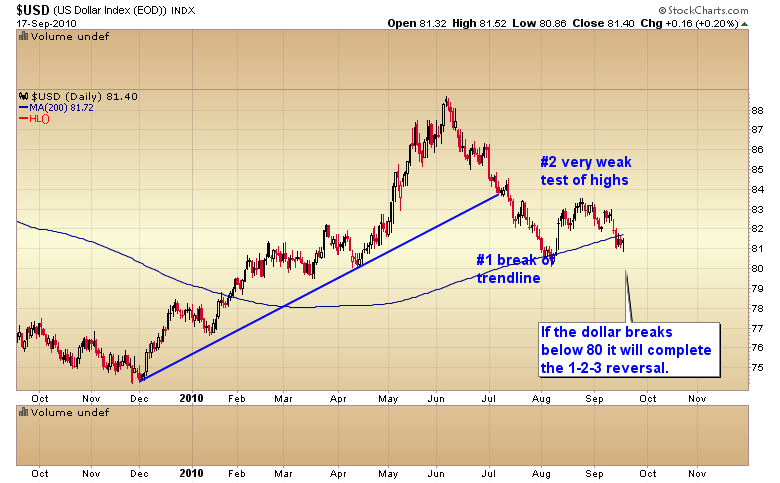 The dollar is in the process of it’s own 1-2-3 reversal. If it breaks below 80 we will have confirmation that the counter trend rally that started last year is over and the secular bear trend has resumed.

I’ve been warning for sometime that the dollar is due to drop down into a major 3 year cycle low. A falling dollar is a sign that Bernanke is printing too many of them. He’s trying to support asset prices and create the illusion of prosperity. He is probably going to succeed in creating asset inflation. However, in the process he is going to do tremendous damage to the global economy.

At some point the market will recognize that, and the global stock markets will roll over into the third phase of the secular bear market that began in 2000. But until the market wakes up to the fact that a currency crisis is brewing don’t be surprised if we have a brief period where it will appear that everything has been fixed.

The initial phase of a currency debasement is often mistaken as an improving economy. It’s not. In reality Bernanke will be doing massive damage to the economy.

At the dollar’s next 3 year cycle low, due next spring, we will be dealing with a mini-crisis in the dollar. That is going to cause surging inflation problems.

Gold is already trying to warn us what is coming for those that will listen.

Since we were talking about trend lines let me say this again for those that forgot during the July correction. In a bull market all trend line breaks will eventually be recovered until the secular bull finally comes to an end.

In July I saw gold bears falling all over themselves  because the trend line from the Oct. `08 bottom had been broken. 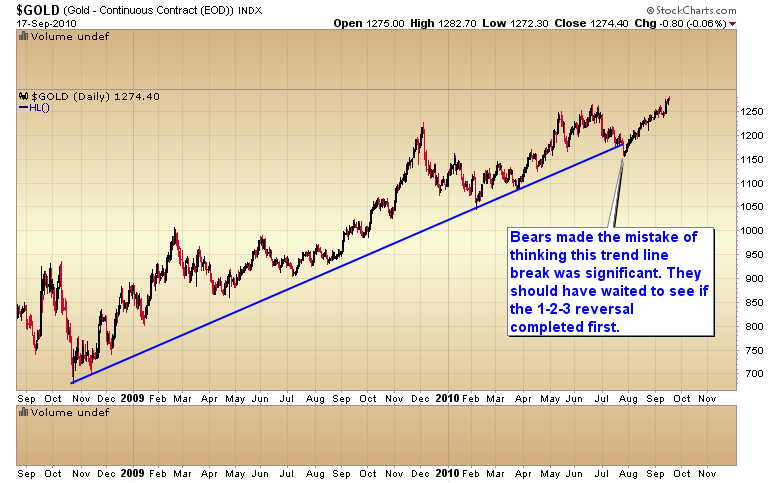 I knew at the time that it was a mistake to attach any significance to the trend break. At the end of the article I said the “the bears are going to be wrong again”. And of course they were wrong again. Gold has gone on to make new highs just like I knew it would. And we now have a new trend line to watch. 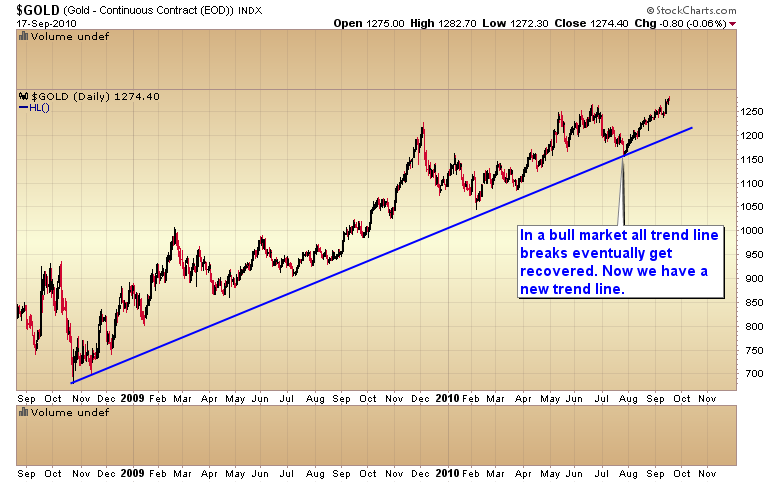 Sooner or later this trend line too will break and just like the last one it also will be meaningless. These trend breaks are one of the most effective tools the bull has to shed riders and punish shorts.