The S&P has now formed a swing high and we finally have a little follow through on the dollar rally. We are late enough in the daily cycle that this should signal the beginning of the decline into the daily cycle low for stocks and gold.

For the many reasons I’ve discussed in the nightly reports this correction shouldn’t last very long but it could be sharp. If, and this is a big if, the dollar can tag the historically significant 80 level which also happens to be where the declining 200 week moving average comes in that would be the point where one could take a shot at picking the exact bottom of the cycle.

I really doubt we are going to see the dollar regain this major resistance level for the duration of this 3 year cycle and there is a strong possibility that we may never see 80 again until the secular bear market for the dollar ends. 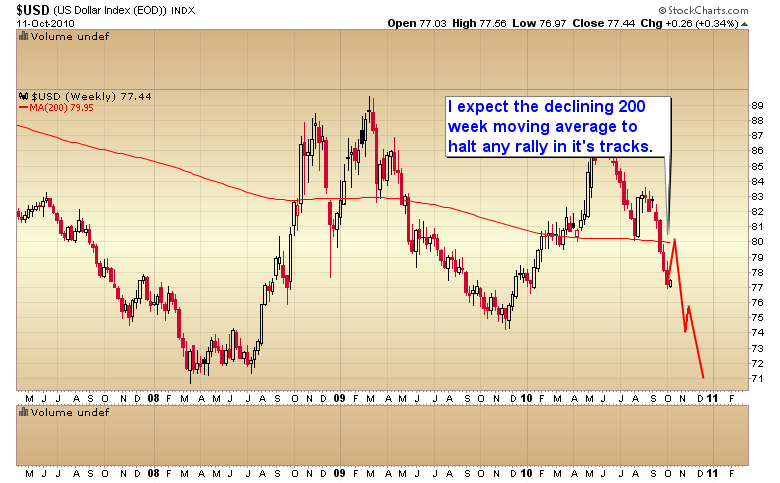 A tag of 80 would be the spot where one would want to add to precious metal positions for the continuation of the current C-wave.

Make no mistake this still has a long way to run yet.

The swing high was negated that very same day as the market formed an outside day.