For some time I’ve been of the opinion that the dollar will control the fate of not only the stock market but also our favorite bull market…precious metals.

Since June the dollar has been collapsing down into a yearly cycle low. I didn’t expect that low until the dollar reached at least 74 and I thought it even more likely we would see 71 before the cycle bottomed. However yesterday the dollar threw us a major curve ball. What should have been a minor bear flag that would resolve with a downward break has gotten unexpected traction.

Yesterday the dollar broke the down trend line and it now appears clear that the dollar has formed a shortened daily cycle low. 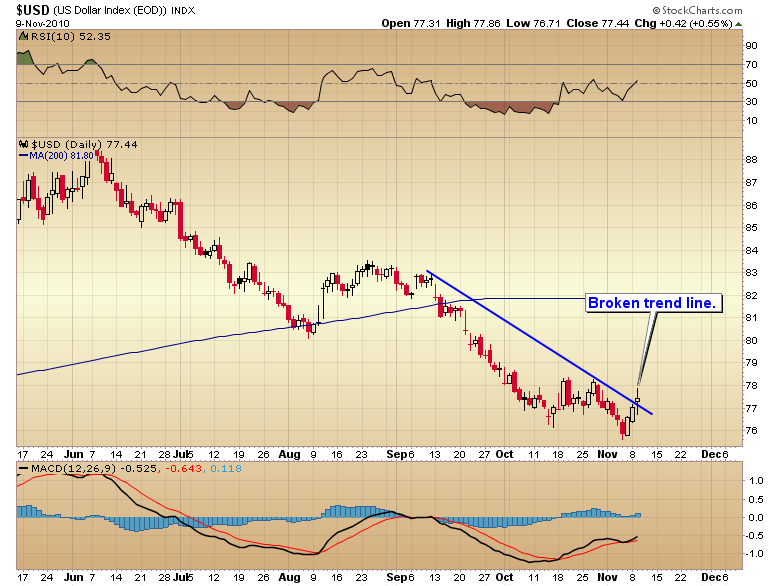 If the dollar rises above 78.36 it will reverse the pattern of lower highs and the odds will rise significantly that we now have a shortened intermediate cycle bottom, which should also mark the yearly cycle low. 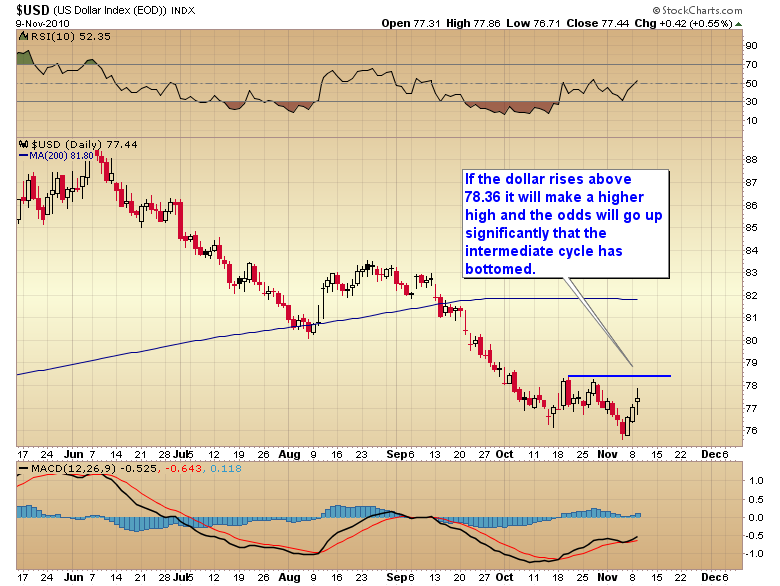 The gold cycle is a bit shorter at 15 weeks but still in the timing band for a top. If we end the week about where we are today then gold will form an exhaustion candle on the weekly charts. 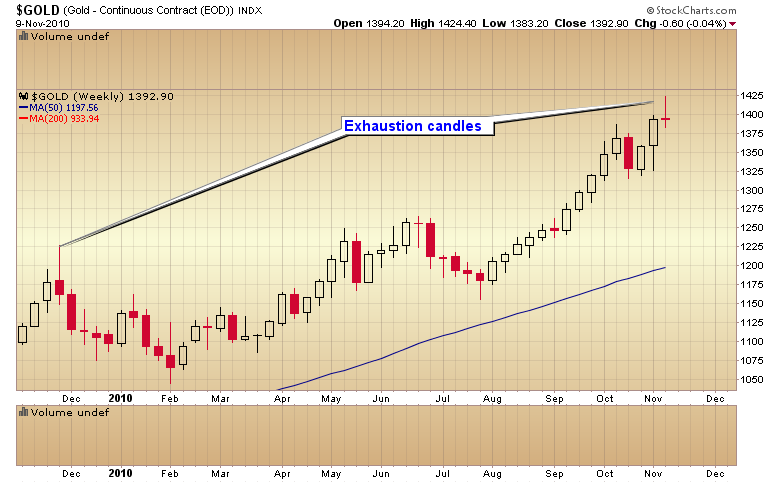 This is why traders can’t leverage themselves to the moon. These curve balls happen. If you get caught by one of these and you are leveraged to the max you will do catastrophic damage to your portfolio.

Trust me when I tell you this. Massive leverage always ends in a blown out account. There are never any exceptions to this rule. Never!