Last week the market regained the 200 week moving average. I suspect after the brief  2 day move back below that level we will see the market now hold above this major support level. 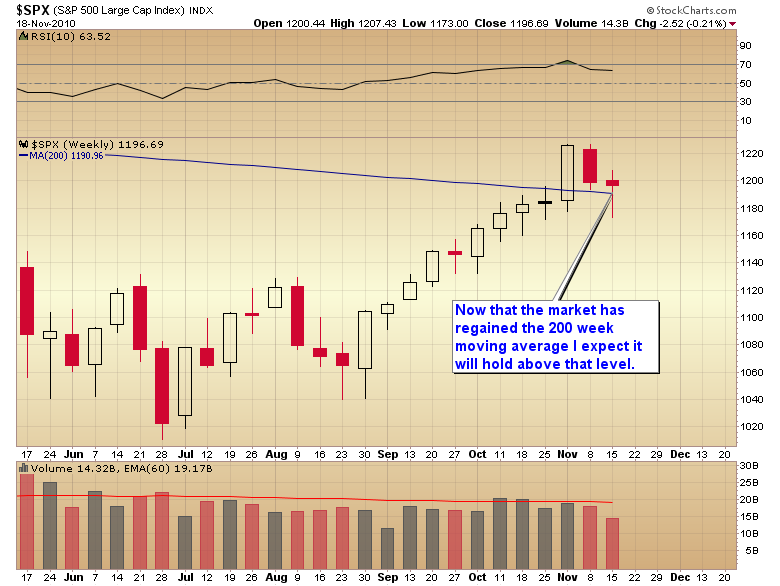 Yesterday’s rally was strong enough to form a swing low and should mark the bottom of the daily cycle. I’m still expecting the new daily cycle to move back to new highs before topping in mid to late December and rolling over into a more substantial intermediate degree correction in January.

By the way, my good friend Doc, who most of you are familiar with either from his blog or from the insightful comments he posts in the SMT comments area, has offered a discounted rate for his newsletter to SMT readers. You can go here to take advantage of his offer thru Thanksgiving weekend. He might even buy me a chicken burrito or two if you sign up 😉