The dollar is now poised on the edge of the abyss.

If that happens there is little chance the dollar will be able to hold above the March 08 lows as the crash down into the three year cycle low begins in earnest. 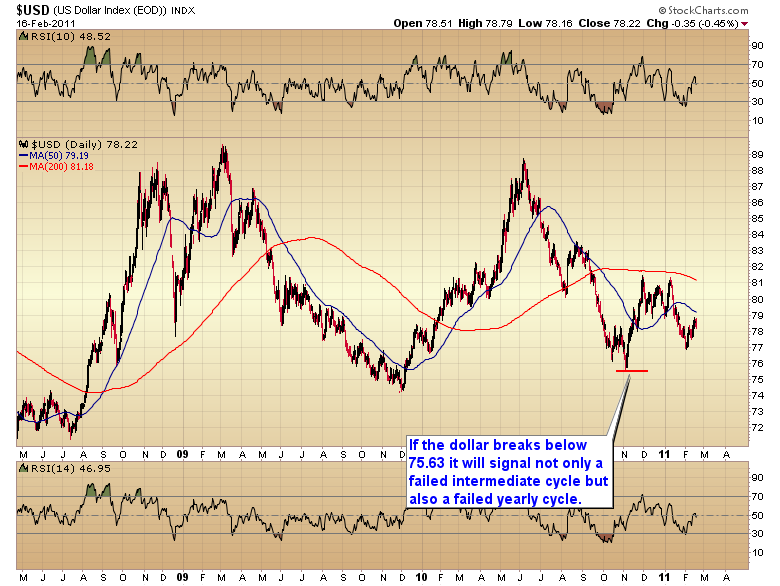 This will not only drive the final leg up in gold’s huge C-wave it will also drive a huge spike in inflation in all other commodities. Food riots world wide will intensify. The rest of the world will be in an uproar over the collapsing dollar. Spiking commodity prices will collapse discretionary spending just like it did in 08 and 09.

The phony economy driven by Ben’s printing press will roll over when he’s forced to turn off the presses to halt the dollar collapse. (Just like it started to do last summer when QE ended and the stock market started to collapse.) 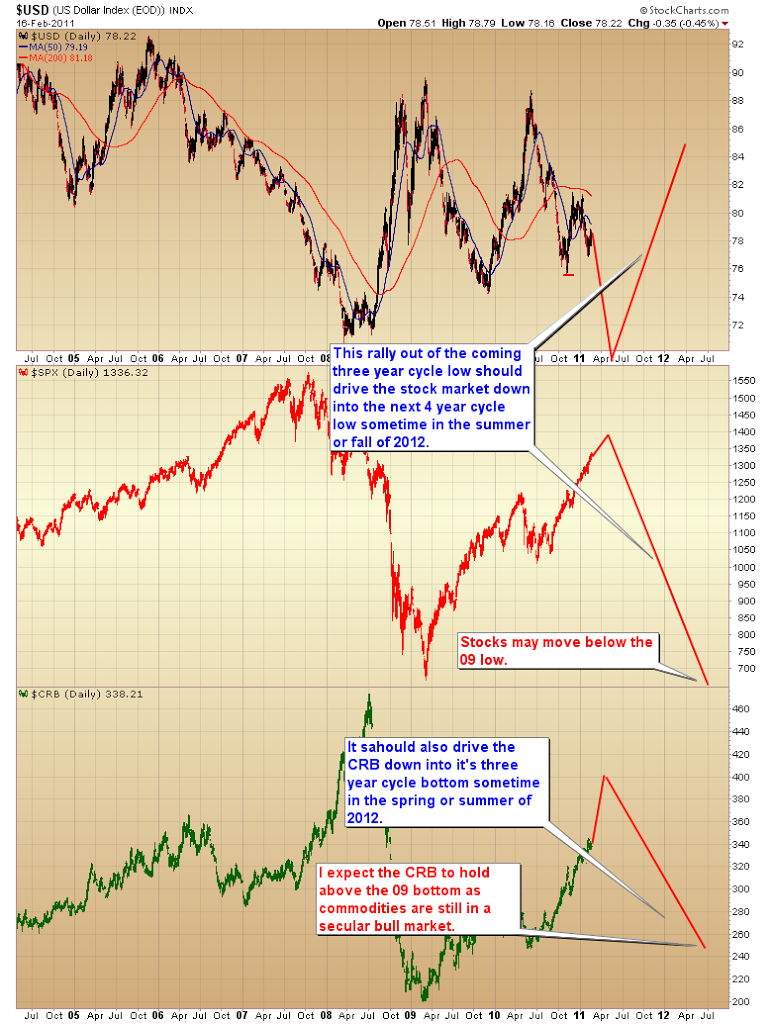 A lot is riding on the next 2/3 weeks. If the swing high in the dollar yesterday does signal the top of the dollar’s daily cycle then the November low will almost surely be broken and the chain of events I laid out will be set in motion.

781 thoughts on “DOLLAR ON THE EDGE OF THE ABYSS”