I’ve pointed out in the past how consolidation size is usually predictive of how large a move will be once a breakout occurs. I thought I would take a quick look at the silver bull today using that criteria.

As most people know I’m mostly interested in silver during this bull market. I really doubt that I will ever buy another oz. of gold again.

So let’s start by taking a look at the long term chart of silver. 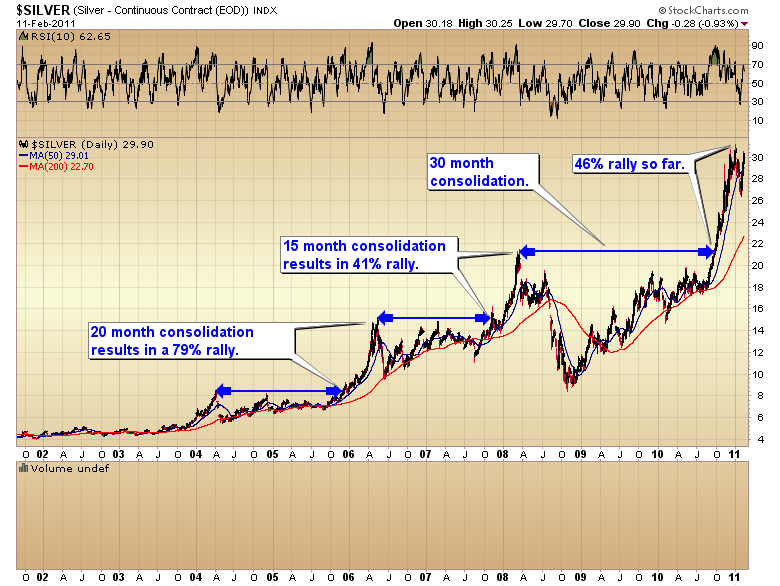 As you can see the consolidation principle works perfectly in the silver market. So far we’ve had three major consolidations and each one as been followed by a powerful rally driven by the size of the preceding consolidation.

The relevant fact is that the longest consolidation has also produced the biggest breakout. If that continues to hold (and I think it will) then the current rally is probably only half over.

A meager 46% breakout is way too small for a 30 month consolidation. If I had to guess I would say silver might be in the process of forming a triangle consolidation pattern, especially if gold has one more drop down into a final intermediate cycle low. 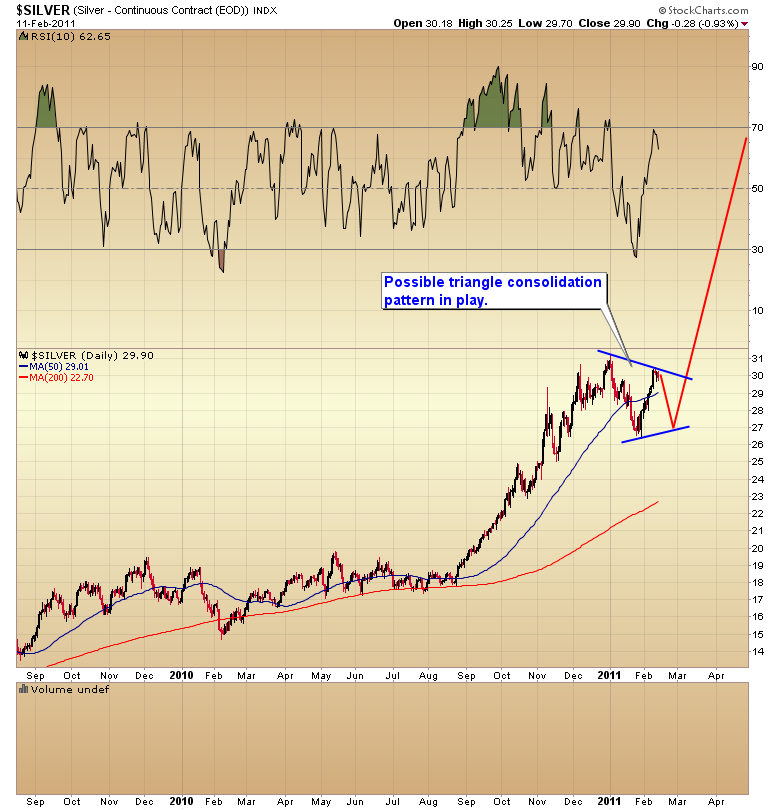 Ultimately I expect this breakout to launch silver to somewhere between $43 and $50 before the next consolidation phase begins.