At some point in any bull the market finally “catches on”. That recognition phase shows up as an explosive expansion in volume on the weekly charts.

In early `05 the market finally figured out that the steady rise in oil price wasn’t a fluke. That it was in fact a massive bull market in the making. You can clearly see this “recognition phase” in the two charts below.

The same thing happened with the major mining stocks in early `09. 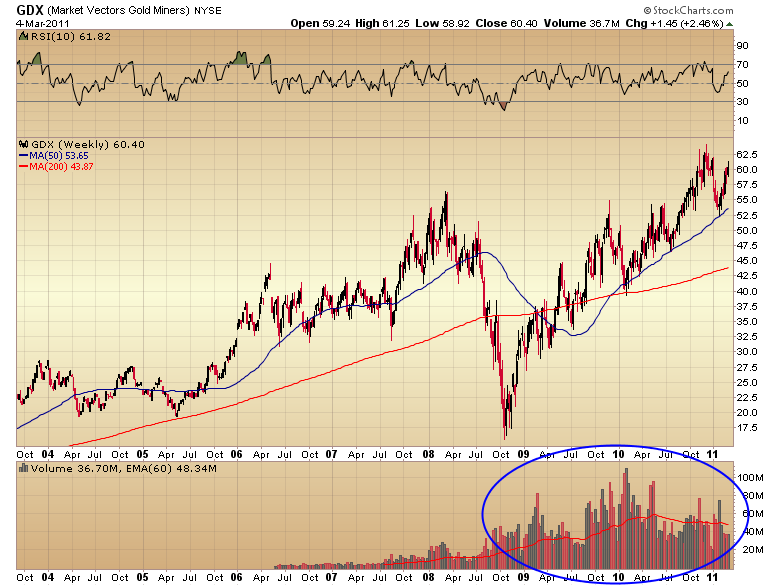 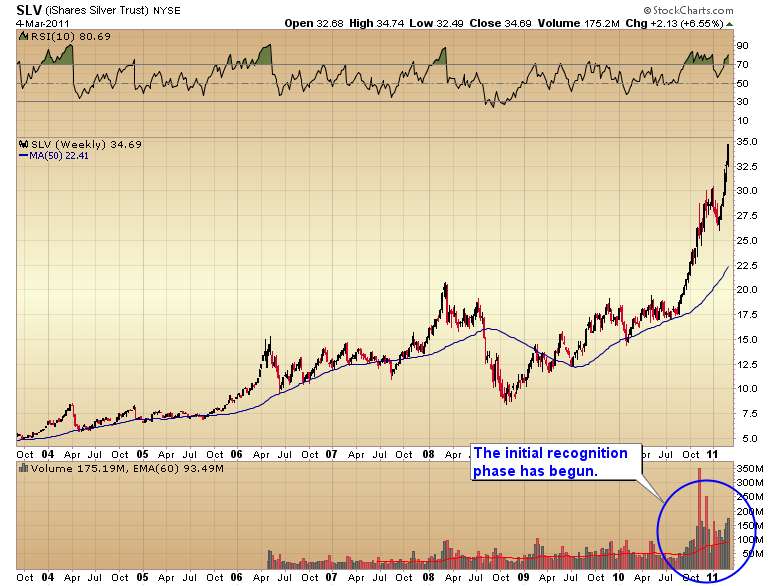 The market has also figured out what the bellweather mining stock of this secular bull is. 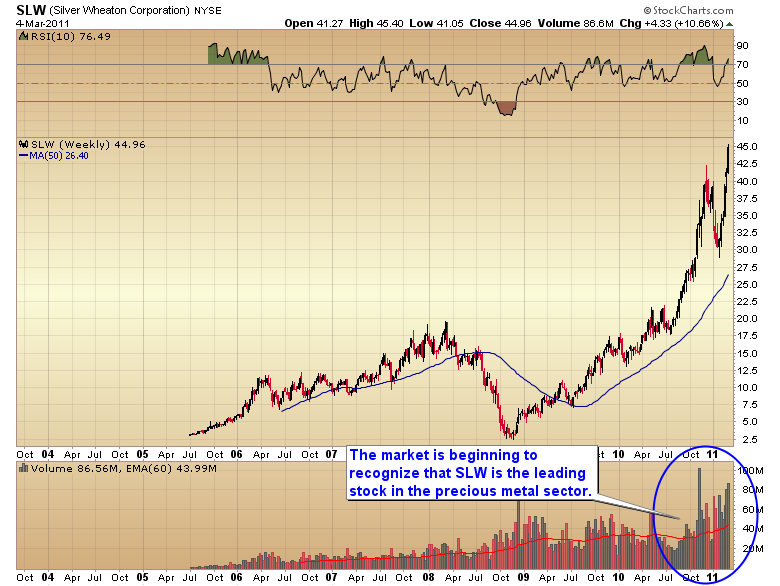 308 thoughts on “THE RECOGNITION STAGE”