The S&P is currently forming a volatility coil. I’ve noted in the past that the initial move out of a coil tends to be a false move that is quickly reversed and followed by a more powerful and durable move in the opposite direction. 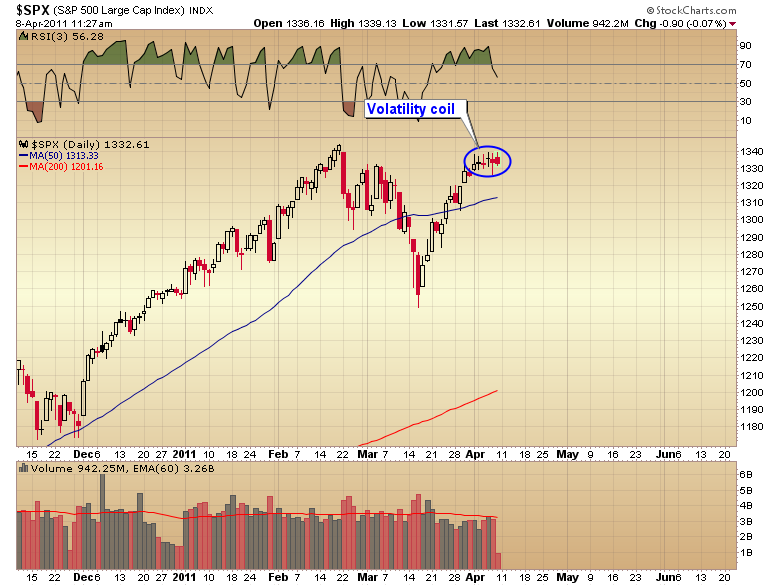 The assumption is that the coil will break to the downside early next week as earnings season begins. Stocks are now in the timing band for a half cycle low which also lends credence to the downside theory.

Usually the initial move only lasts 2-4 days. So I expect by the end of next week we will see the market start to reverse. Stocks should then enter a powerful uptrend for another 5-7 weeks.

This should push sentiment to levels consistent with bull market tops. By this time oil will have spiked high enough to poison the economy.  I expect by early June will start to see signs that that the economy is rolling over again.

Bernanke in his infinite wisdom will have made the same mistake he did in `08. In the effort to print prosperity all he will have done is spike inflation and collapse the economy again. 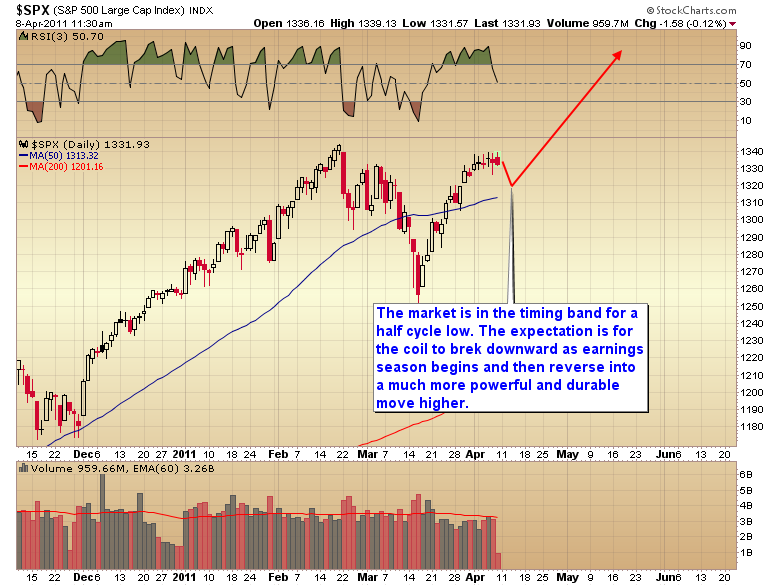 My expectation is for the current intermediate cycle to play out as a left translated cycle (top in less than 11 weeks). I think a tag of the upper trend line of the megaphone topping pattern we’ve been watching for the last year would be a reasonable level to establish short positions in preparation for the next leg down in the ongoing secular bear market. 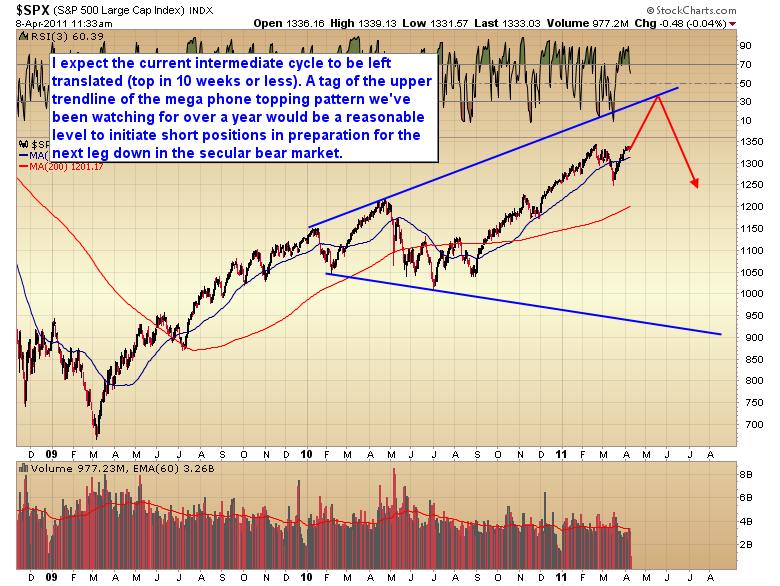 One caveat: I would not trade a break higher by shorting, expecting a reversal back down. It’s too early in the daily and intermediate cycle to expect a prolonged correction in stocks. If the coil breaks up then I would assume that this will be one of those 30% that the initial move is the correct move.