Often when we see small moves in the McClellan oscillator it proceeds a large volatile move in stocks. Kind of like a spring compressing.

Since it is now very late in the daily cycle and sentiment has reached exceptionally bearish levels (especially in the Nasdaq) the assumption is that any day now the market is going to rocket higher out of the three week bull flag. 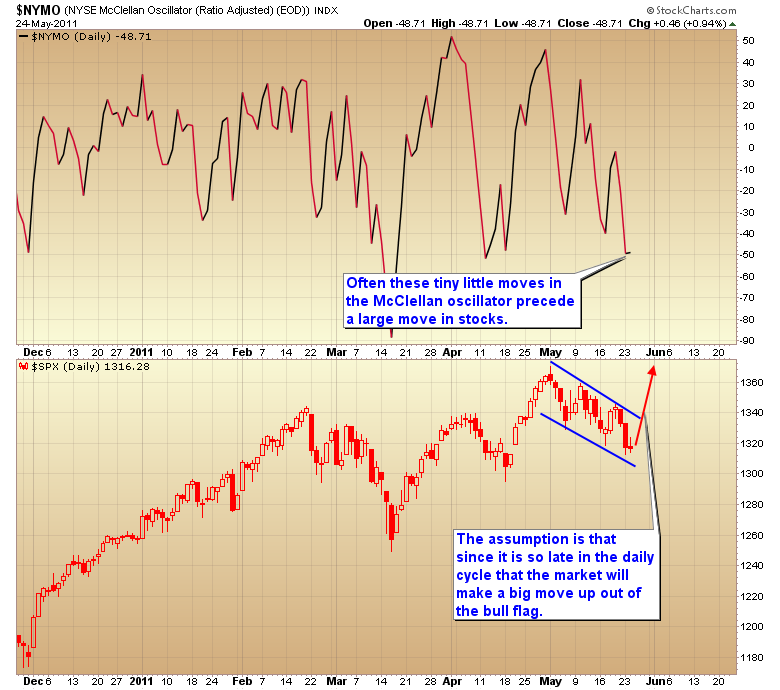 My guess is we will get some news out of Europe that they have successfully kicked the can down the road for a few more months and the market will take off.