There is quite a bit of speculation lately as to where the impending intermediate cycle decline will take gold down to. Today I’m going to throw my guess into the fire.

Some people expect gold to drop to  $1400. Some $1300. Some even doubt that gold will ever go down again. However after watching gold for years and studying its history I think I can safely say that gold never misses an intermediate decline. Next week will be the 18th week of the current intermediate cycle. That means gold is now in the timing band for a bottom. If gold is in the timing band for a bottom a top can’t be far off.

By a twist of fate these two major selling events should happen simultaneously this summer. The combination of of these two major cycles bottoming together will almost certainly intensify selling pressure into the stratosphere. In an environment like that fundamentals will go right out the window.

While the pattern isn’t “clean” there is an ongoing T-1 pattern in play on the gold chart that suggests that $1575 probably was the top of the current C-wave and if that is so and the T-1 pattern plays out as expected we should see a test of the the mid-point consolidation during the summer sell off. 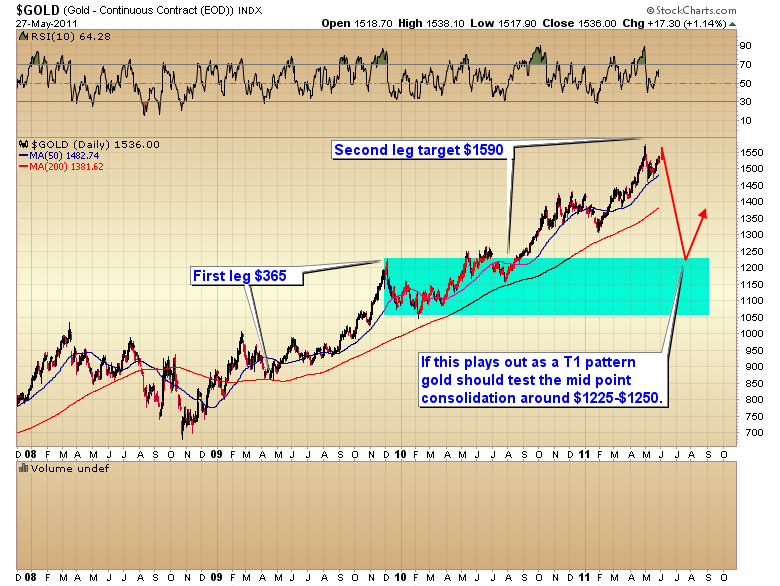 Of course I have no idea if this will play out as we move into the summer but if in July gold touches the $1250 level I think it will be the last great bargain we will get in the secular gold bull market.