After what should be a brief pause this week commodity markets will move into the greatest rally of the last decade. As usual I will stay focused on the precious metal markets. They have been the leaders during this entire move out of the `08 bottom and they will see the largest parabolic move of all commodities during the final leg up.

I’ve noted in the past that consolidation size is usually a good leading indicator of how large the following rally will be. Gold just consolidated for 5 months. That is going to produce a massive rally. It’s already produced a large move and it’s just started. 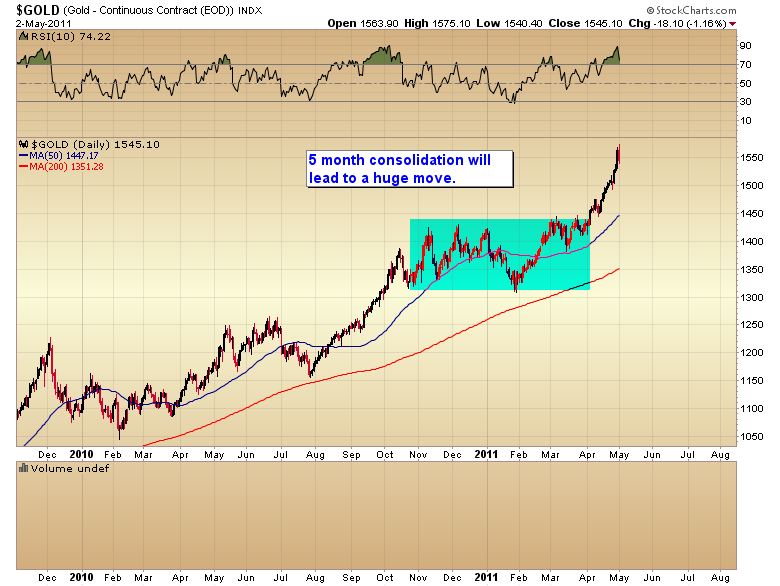 Gold and especially silver have already come much further than I originally expected at this stage of the game. I was looking for gold around $1650 and silver at $50 by the top of this C-wave. Silver has already reached that level and gold tagged $1575 yesterday. This has unfolded in only the first two daily cycles. The third daily cycle is where the real parabolic gains are going to occur. 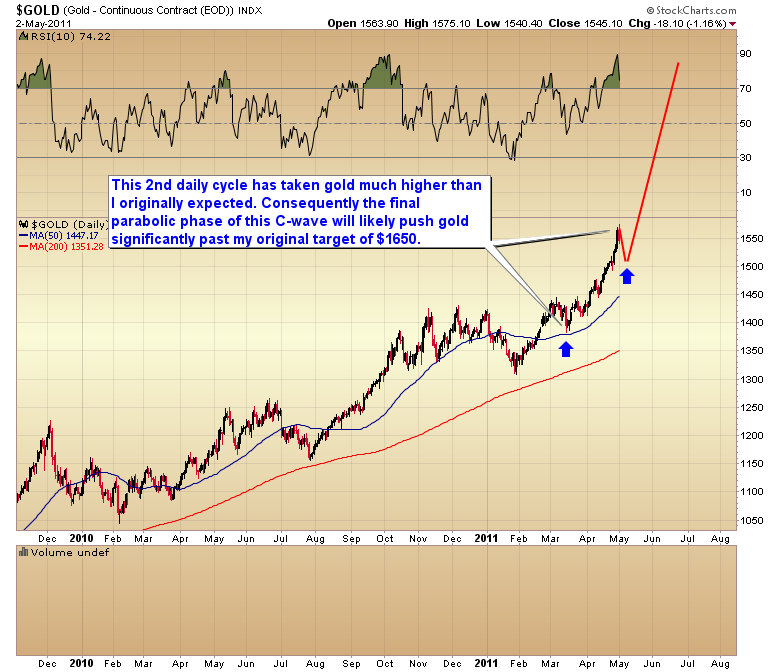 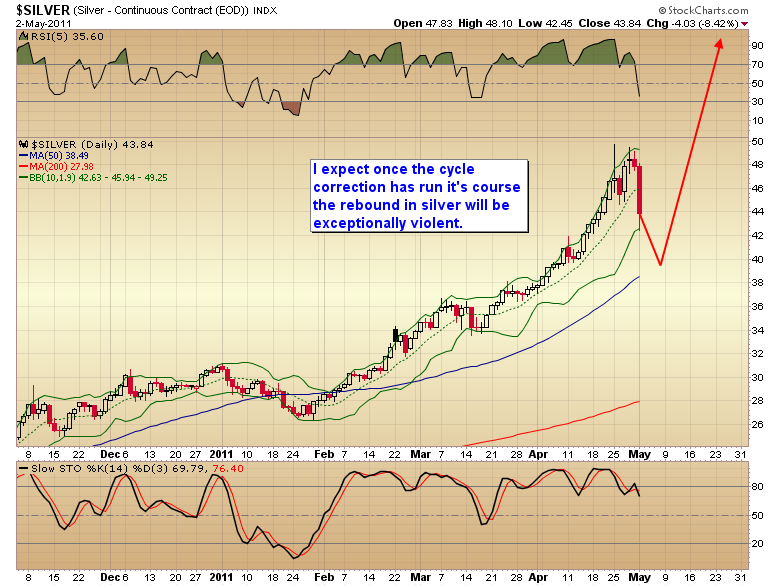 The third and last daily cycle higher during the semi parabolic move in `09 added 200 points in a little over a month. 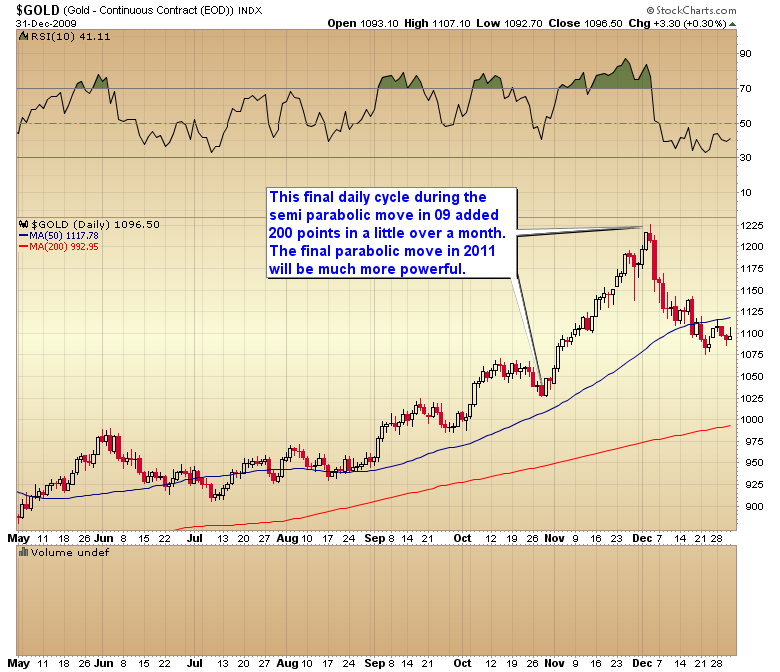 The coming parabolic move will be significantly more powerful than what happened in `09 as this will be a final C-wave move. We should easily see a 300- 350 point move in gold and it’s anyone’s guess as to how far silver rallies during the final parabolic finish. $65 or even $70 isn’t out of the question.

Now for the downside. The final dollar collapse is also going to drive the rest of the commodity markets wildly higher. That will include the energy markets. Oil is due for a brief move down into its cycle low this week too. Once that has run it’s course we will see oil soar higher, possibly even reaching the `07 high of $150. 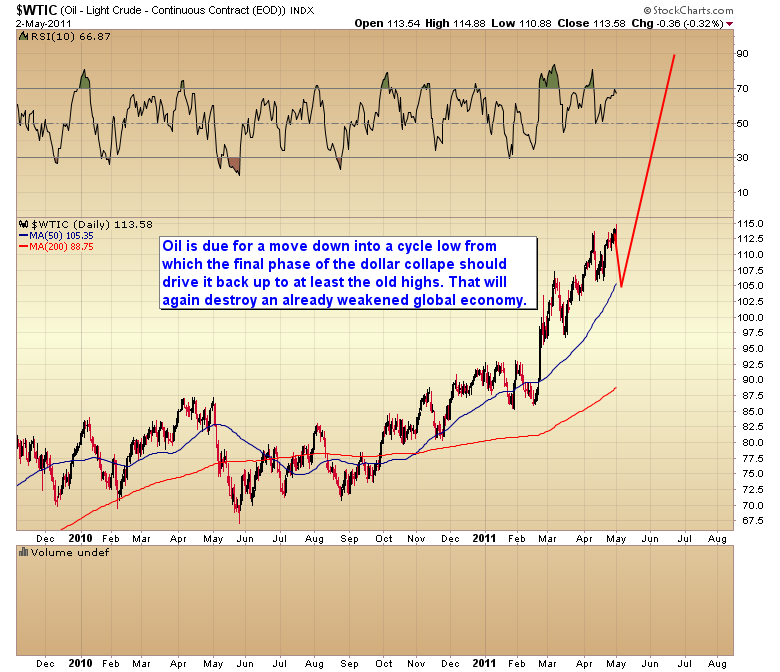 Social conflict in the middle east and many emerging economies is going to intensify. People in depressed countries already can’t buy food to feed their families, what do you think will be the response if food prices double again?

The world is about to pay the price for Bernanke’s attempt to print prosperity and it is going to be a very steep price and cost many lives.

674 thoughts on “GREATEST PROFIT POTENTIAL OF THE LAST DECADE”