It appears that the approval of Greece’s austerity measures has finally halted the correction in the stock market. But has it really?

I would suggest that this correction has never been about Greece. The market has known for over a year that Greece would be back looking for more money. Let’s face it no one is under any delusions that Greece is going to be able to solve their problems. Greece is going to default, there’s no avoiding that. What the EU is trying to avoid is a domino effect of cascading sovereign debt crises.

Last summer the crisis was solely centered around Greece. Does anyone really believe that this is going to stop with Greece this year? I doubt it. I suspect in the next week or two were going to see bond yields spike in Spain or Italy or Portugal, or maybe in all of the PIIGS.

What started as a financial crisis in `08 has now infected sovereign debt as countries around the world have acted to bail out the banking system. I really doubt that this is going to start, and stop, with Greece again this year. As we found out during the real estate bust, there is never only one cockroach.

Striking similarities to last years correction are now starting to pop up. In May of last year the market put in what looked like a final intermediate low. It was followed by a higher low and higher high. The only problem was that the daily cycle was too short for the May bottom to be a final cycle trough as the bottom had occurred on day 13 and a normal daily cycle runs 35 to 45 days. 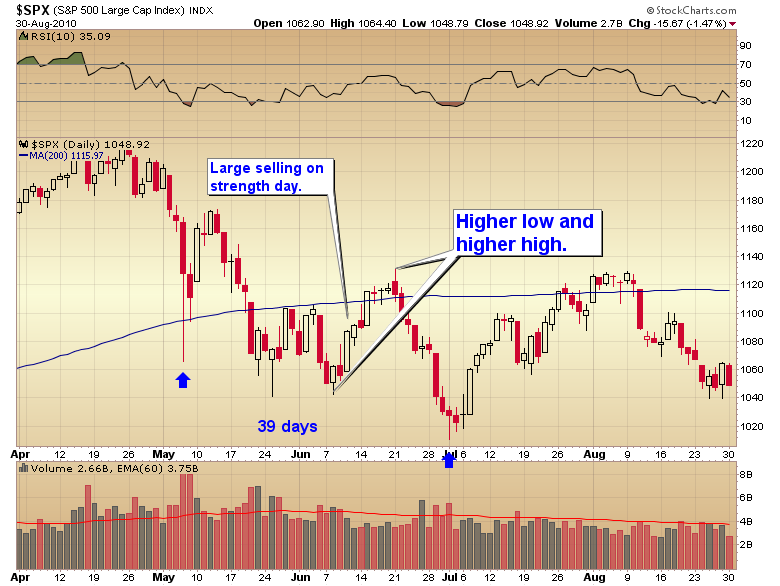 I also noted on the chart that we saw a large selling on strength day (smart money distribution day) one week from the top. The market then proceeded to move down into a final intermediate low in the normal timing band. I can tell you that many technicians got caught during the May bounce.

Now take a look at the current chart. 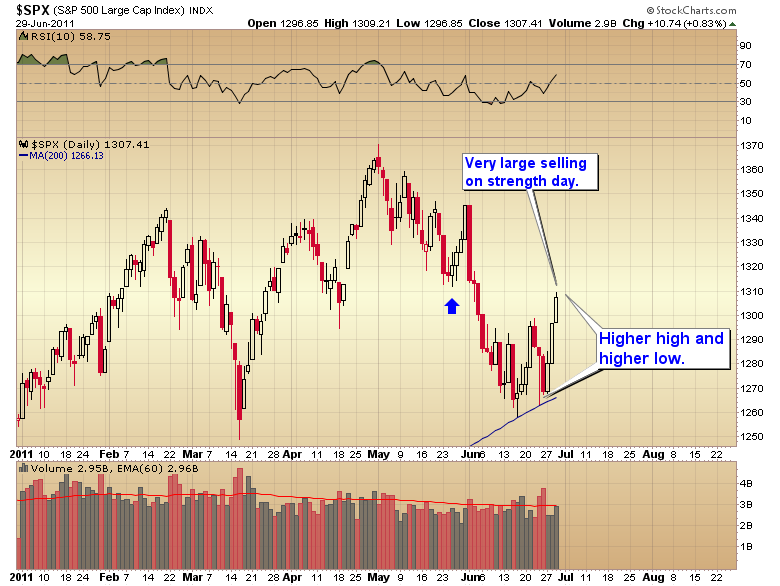 This time the market appears to have bottomed on the 15th day of its daily cycle. Again we have a pattern of higher lows and higher highs, convincing technicians that the bottom is in. Also note that we have another large distribution day just like we saw last year.

We have been expecting some kind of counter trend rally all along because sentiment had become too bearish by the middle of June. In order for the market to continue lower we were going to have to see some kind of relief rally to work off the oversold technical and sentiment conditions. The question is, is the rally for real or is it a counter trend move to be followed by another leg down. In bear markets the counter trend moves are very convincing.

I tend to think that this is probably not over yet. If the daily cycle runs a normal duration then we should look for a final bottom somewhere around July 22. However Congress is going to vote on the debt ceiling August 2. It’s possible that this daily cycle could stretch just a bit long and bottom on that vote. 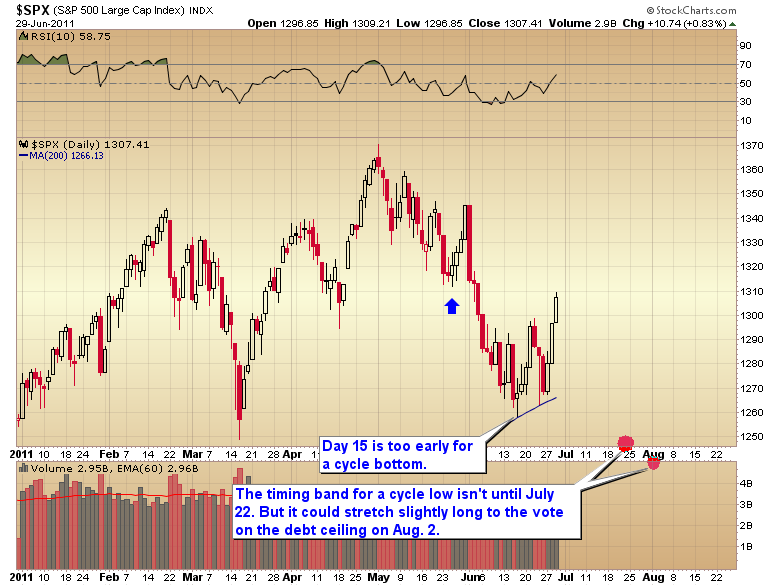 Traders should probably be careful about placing too much trust in charts right now. Last year trading the charts suckered investors into the counter trend rally only to drag them down into a final intermediate bottom.


One final note. The market is now nearing the 50% retracement level. This is the same level that turned back the market last year. 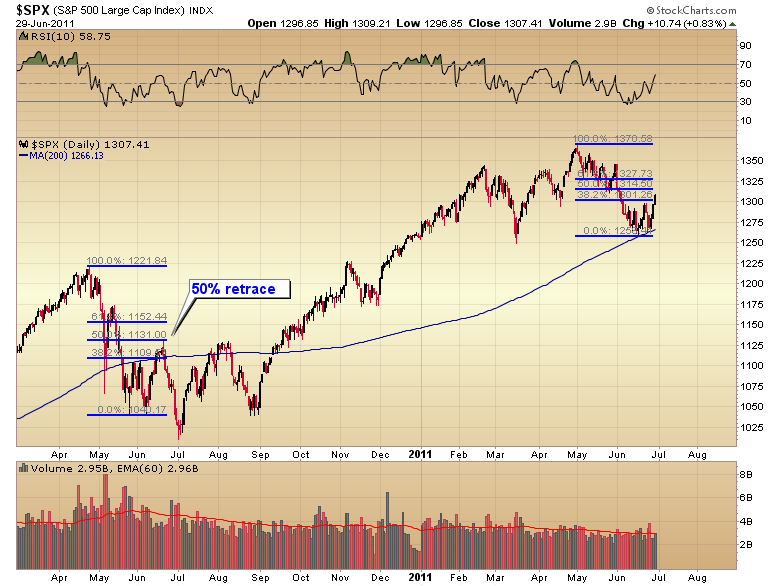