The persistent and mindless bullishness on gold lately has got me nervous. When I get nervous the first thing I do is pull up a multi-year chart and look at the big picture.

Another glaring discrepancy in that chart is the utter failure of the miners to participate in the last 200 point rally in gold. As a matter of fact the miners could possibly be forming a head and shoulders top. 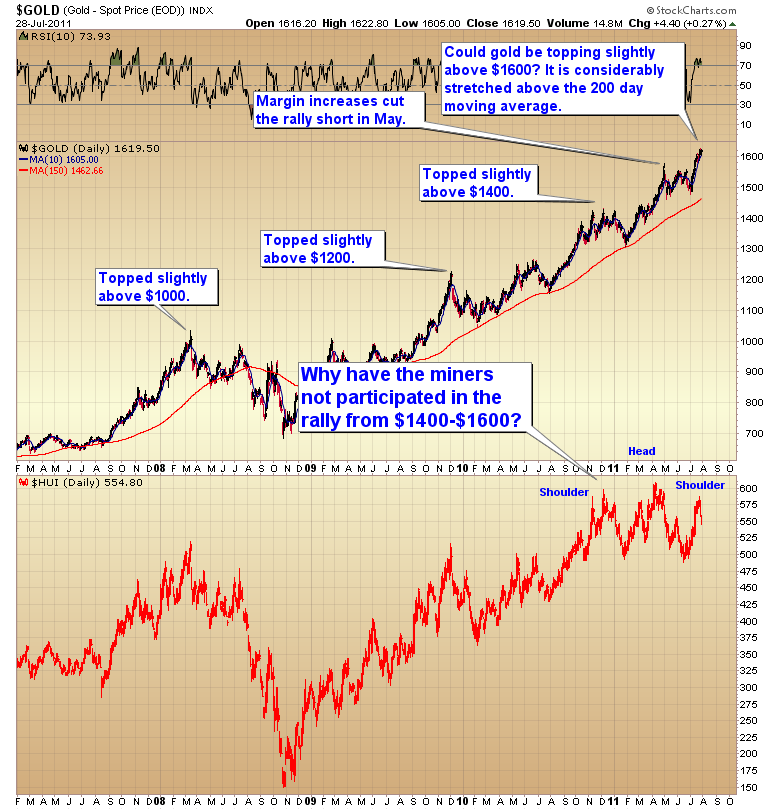 We can also add to this the fact that sentiment has reached levels that in the past have triggered intermediate declines. Plus gold is now stretched above the 200 day moving average.

Now I don’t want anybody to think that I have all of a sudden become bearish on gold, I haven’t. Gold is quite obviously in a secular bull market. I am however beginning to question whether or not the low we saw three weeks ago was an intermediate bottom. I have been riding this bull market long enough to know that when everyone is rabidly bullish (especially me) it’s about time for gold to throw a curveball.

Until the dollar breaks below the May bottom I think we need to be very careful in assuming that gold is going straight up.