I’ve been warning bears for a couple of weeks that the market was due for an aggressive bear market rally. That rally has clearly begun.

I have often referenced the Rubber Band theory in my nightly reports. For those not in the know the rubber band theory is nothing more than the tendency for any market to regress to the mean. And the further a market is stretched away from the mean the more violent the snap back tends to be once the pressure is released.

In the case of a rubber band, the further you stretch it in one direction, the harder it snaps forward once you release it. Simple action and reaction.

Markets are really no different than a rubber band. The further you stretch the stock market the more violent and persistent the snap back tends to be once the turn occurs. At the recent yearly cycle low on August 9 the stock market had stretched to ridiculous levels, both sentiment wise and technically. This should generate an extremely convincing bear market rally. 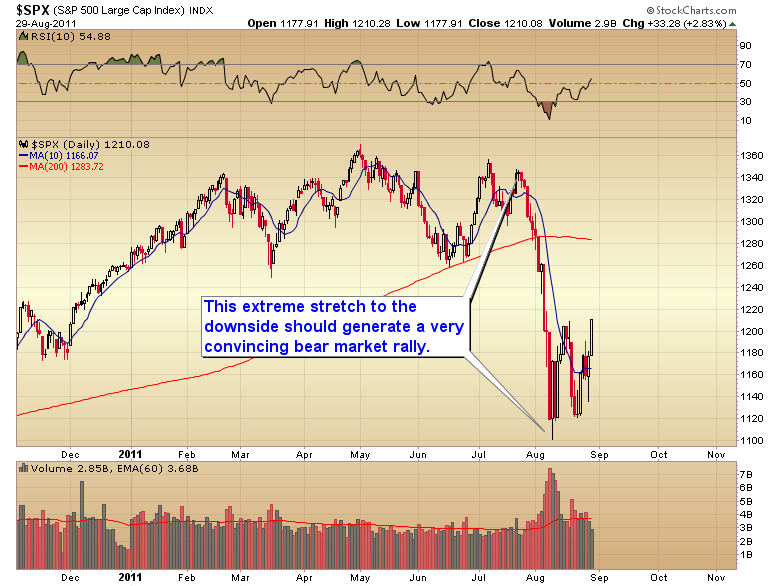 A normal bear market rally will typically last from 4 to 10 weeks. (They have to last long enough to reverse extreme sentiment levels.) Generally speaking that takes a minimum of 4 weeks, and 6-8 weeks is about average.

A bear market rally out of a yearly cycle low (other than a four year cycle low, the move into a yearly cycle low tends to be the most damaging decline in the stock market. This year was certainly no exception) will quite often tag, and occasionally penetrate the declining 200 day moving average. I tend to think that will be the case this time also. My best guess is the market will rally up to the 200 day moving average, then dip slightly into the next daily cycle low around the end of September. That should be followed by an extreme left translated daily cycle that tops slightly above the 200 day moving average (I guessed at about 1300 on the chart below) and then moves down into the next intermediate bottom due in late November or very early December. At which point the market will make a lower low, confirming a new cyclical bear market. 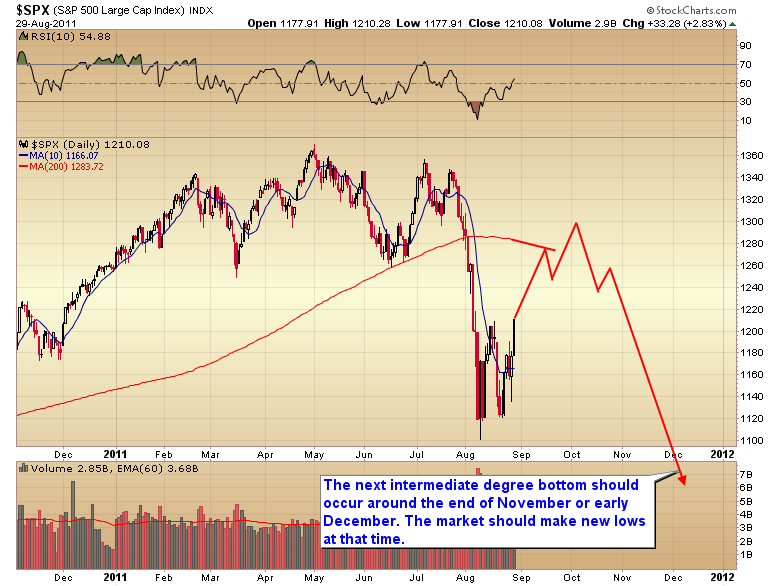 2. A move below a previous intermediate bottom.
When the S&P broke below the March low it triggered a new pattern of lower lows and lower highs. 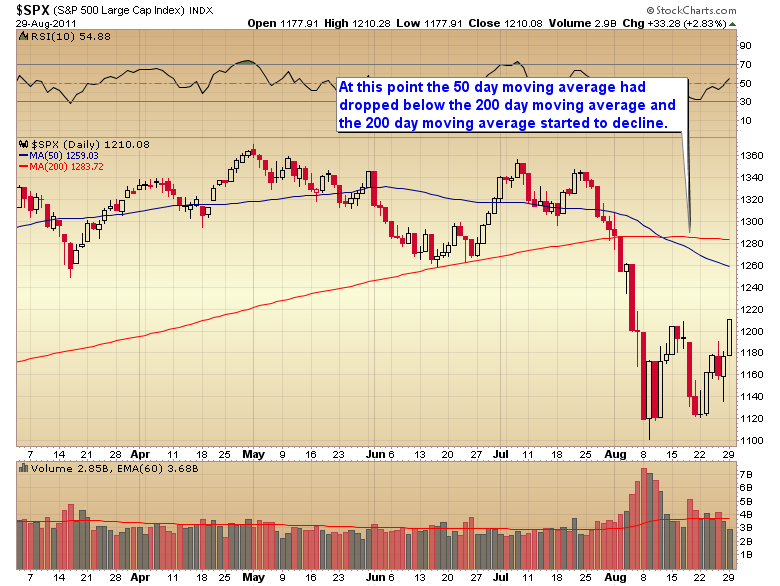 Investors need to be prepared. This is going to be a very, very convincing rally. The tendency is going to be to buy into the media hype, that this was nothing more than a severe correction in an ongoing bull market.

This was not a correction. This was the first leg down in a new cyclical bear market. And like all bear markets it will be subject to violent countertrend rallies that toy with traders emotions, and ultimately cause investors to ride the bear all the way to the bottom.

307 thoughts on “THE BEAR MARKET RALLY HAS BEGUN”