As many of you know I expect next year to be one of the worst years in human history, at least economically speaking. Certainly on par with 1932 if not worse. This should drive one of the worst stock bear markets in history. Before this secular bear market expires we need to cleanse all of the excesses that were generated during the final bubble years leading up to the top in 2000.

I’m expecting at next year’s four year cycle low, which should occur in the fall, that we will see a true secular bear market bottom. That means single-digit P/E ratios, along with a dividend yields on the S&P above 5%. I also expect this leg down will erase all of the gains during the bubble years from 1995-2000. 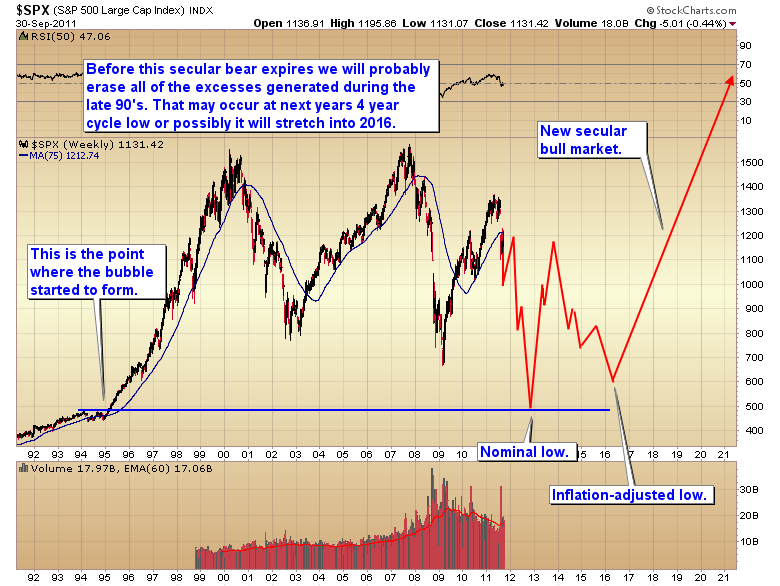 However I don’t think we will be quite out of the woods yet. We will probably have to endure one more nasty leg down in this secular bear market before we put in an inflation adjusted low, likely it will occur in 2016 with a final bottom slightly above the 2012 bottom. At that point we should begin a new secular bull market that I think will be driven by truly astounding discoveries made in the field of biotech and nanotechnology.

But first we have to get back to the beginning.

379 thoughts on “BACK TO THE BEGINNING”