As many of you know who have read my work in the past, the dollar put in a major three year cycle low back in May. It has been my expectation all along that the rally out of that major bottom would coincide with another deflationary period and the next leg down in the stock secular bear market. So far this has been the case as stocks topped in May at the same time the dollar bottomed. 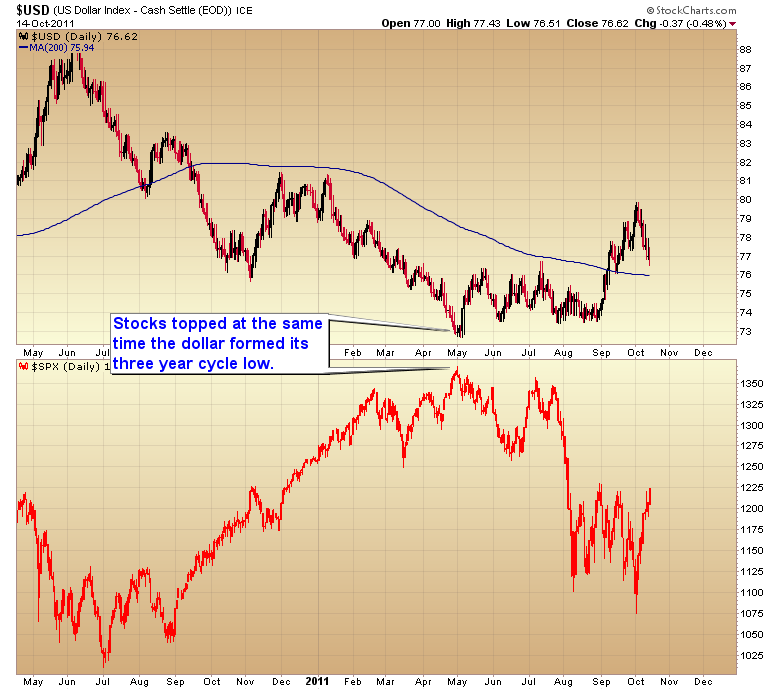 After a 15 week consolidation the dollar has initiated its first powerful thrust up out of that major bottom. As you can see in the chart below the rally out of a three year cycle low generally lasts at least a year and turns the 200 day moving average back up. 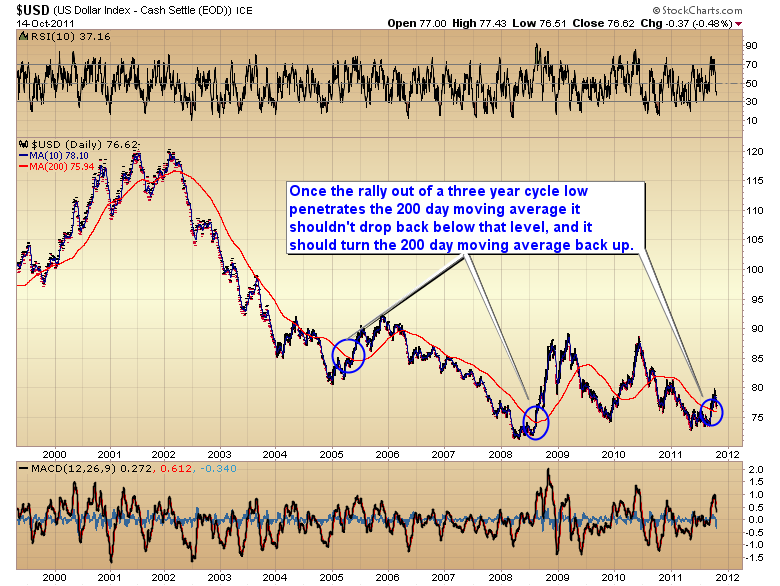 I’ve also noted that once the rally out of a three year cycle low rises above the 200 day moving average, it shouldn’t dip back below that level, at least not for the next year to year and a half.

Sometime in the next few days the dollar will put in a daily cycle low and bounce. My expectation is that it will either bounce off of the 200 day moving average or bottom slightly above that level. It’s what comes next after that bounce that is absolutely critical.

Bernanke is now about to make the most important decision of his life. The correct decision is to allow the dollar to appreciate, which in turn would continue to drive the stock market down into its next four year cycle low in the fall of 2012, and would  facilitate a much-needed recession to cleanse at least some of the massive debt that has been accumulated in the last two years. That is the correct decision. It is also a very hard decision because it will lead to severe short-term pain and undoubtedly another depression on the same scale as 1932.

However if Bernanke chooses to kick the can down the road again and continues his failed policy of monetary debasement then  the dollar is at great risk of forming an extreme left translated three year cycle.

For those of you that are new to cycles analysis, a left translated cycle is generally associated with a bear market. Left translated means that the cycle tops in the front half of its cycle timing band. In this case any top that forms prior to 18 months would signal a left translated three year cycle. Furthermore the more extreme translated a cycle is the more severe the decline tends to be, simply because the cycle has a lot more time to move lower.

If Bernanke decides to avoid short-term pain and kicks the can down the road again with further currency debasement, then the dollar is at great risk of having already put in the top of this three year cycle. 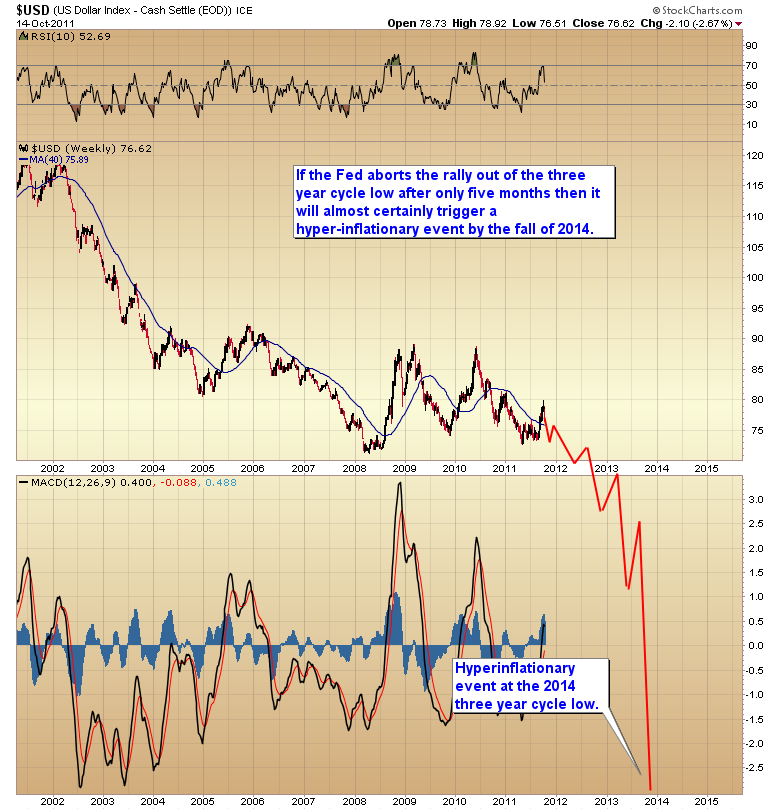 The next couple of weeks and months are going to be of grave importance. The dollar needs to find support at the 200 day moving average and resume moving strongly higher. That would of course put pressure on the stock market and probably terminate the current bear market rally somewhere around the 200 day moving average (roughly SPX 1270ish) before the next leg down begins.

If however the bounce out of the now due daily cycle low is weak and the dollar rolls over quickly and moves back below the 200 day moving average then all bets are off. Stocks could even rally back to marginal new highs. However that would also guarantee that the CRB has put in its three year cycle low and we are now at the very beginning of an inflationary Holocaust. 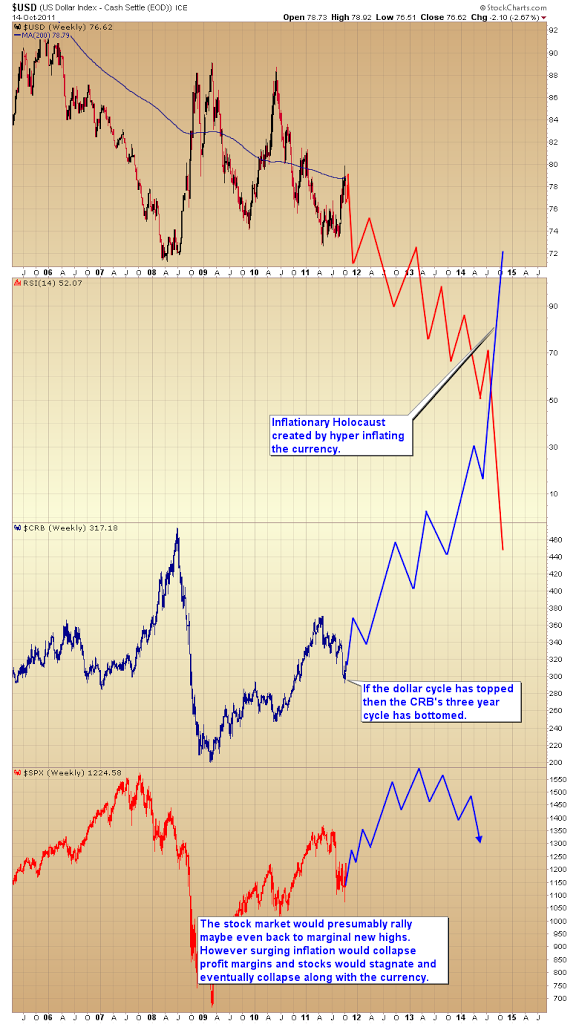 If Bernanke makes the wrong decision then gold is on the verge of moving into the bubble phase of the secular bull market. That being said gold should still experience one more move down in the next couple of weeks as the dollar rallies out of its impending daily cycle low. After that, everything hinges on Bernanke’s decision whether or not to continue his failed monetary policies.

348 thoughts on “THE MOST IMPORTANT DECISION BERNANKE WILL EVER MAKE”