It has been my theory that this year we would see one of the worst performances by the stock market since 2008. However that has always been dependent on Bernanke not being able to break the dollar’s rally out of its three year cycle low. As of this morning the dollar has printed a failed daily cycle. More often than not a failed daily cycle is an indication that an intermediate degree decline has begun. 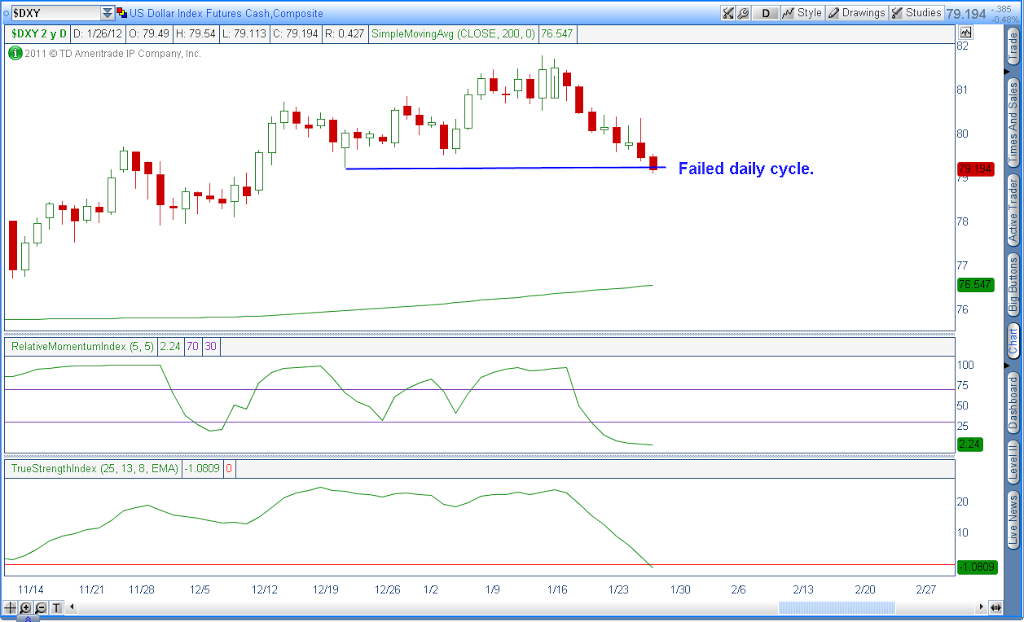 If the dollar has begun an intermediate degree decline then we should see it continue generally lower for the next 7 to 10 weeks. If this turns out to be the case then we are not going to see any meaningful declines in the stock market during this period. As a matter of fact the risk is great that the stock market could enter a runaway type rally if the dollar has begun the move down into an intermediate degree bottom.

As you can see in the chart below the last runaway move in 2006 lasted almost 7 months. 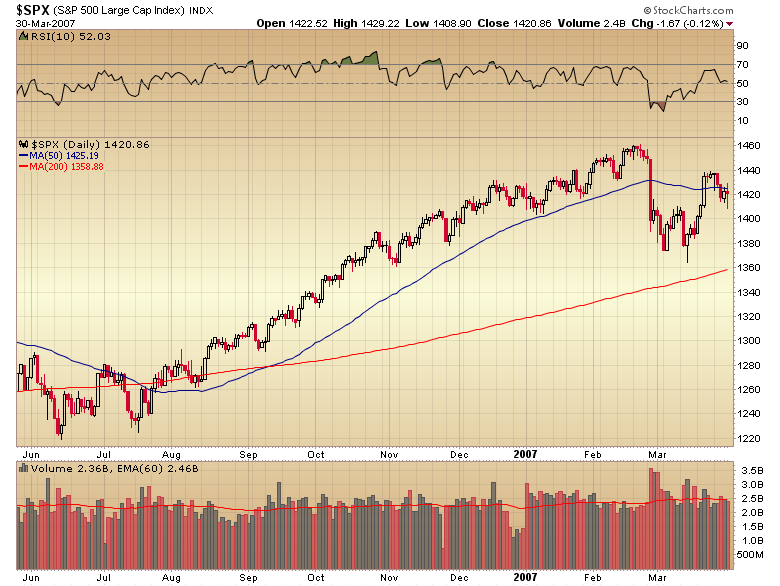 Runaway moves are characterized by randomly spaced corrections, all of similar magnitude and duration. As you can see in the chart above the corrective magnitude in this particular runaway move was about 20-30 points.

Another big clue will come when the dollar bounces out of its daily cycle low, which is now due at any time, and if that bounce fails to make new highs before rolling over. If that happens it will reverse the pattern of higher highs and higher lows and confirm that an intermediate decline has indeed begun.

The scary part is that this may also signal the top of the three year cycle. If so then we are looking at an extremely left translated three year cycle that should generate huge inflationary pressures by the time the next three year cycle low is due in the fall of 2014. 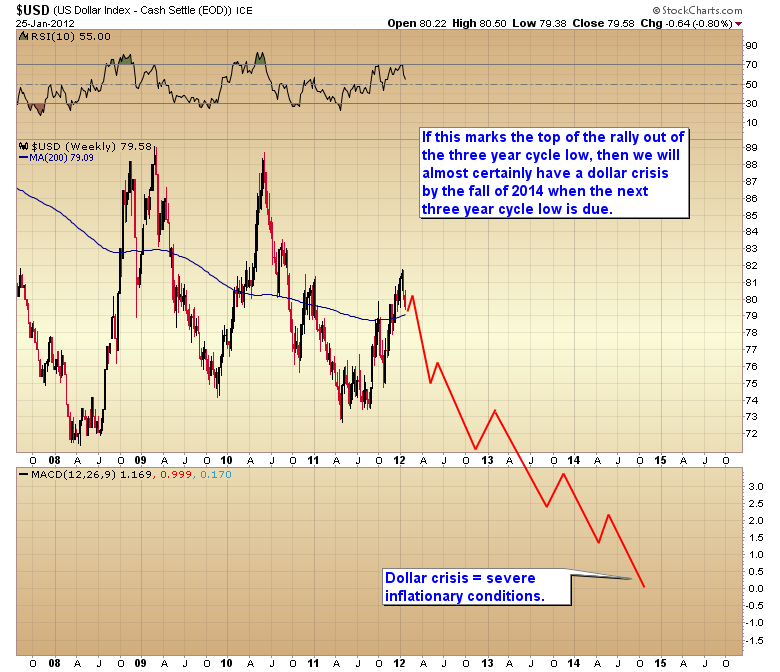 It has been my expectation that we would see another deflationary period in 2012 before the cancer infected the global currency markets. As of this morning I’m not so sure that process hasn’t already begun and the deflationary period has been aborted. Bernanke may have broken the dollar rally yesterday.

If this scenario unfolds it has the possibility of generating the bubble phase of the gold bull market. I elaborated on this in last night’s premium report.