That seems to be the question that everyone has been asking themselves for two months now. Analysts have been trying to pick a top in this market for weeks. All the while I’ve been telling, actually begging, people not to sell short. Until the dollar puts in an intermediate bottom there is just little chance that the stock market is going to suffer any meaningful correction.

There was the possibility that occurred in early February as the dollar rallied enough to form a weekly swing. However that rally quickly failed and rolled over into another left translated cycle. That gave the market enough impetus to push through the July and May 2011 highs.

Yesterday the dollar printed a strong reversal which again has the possibility of marking a daily and intermediate degree bottom. If it does then we are about to embark on the upside of another intermediate cycle, and that is one essential event that absolutely must transpire before the stock market can correct. 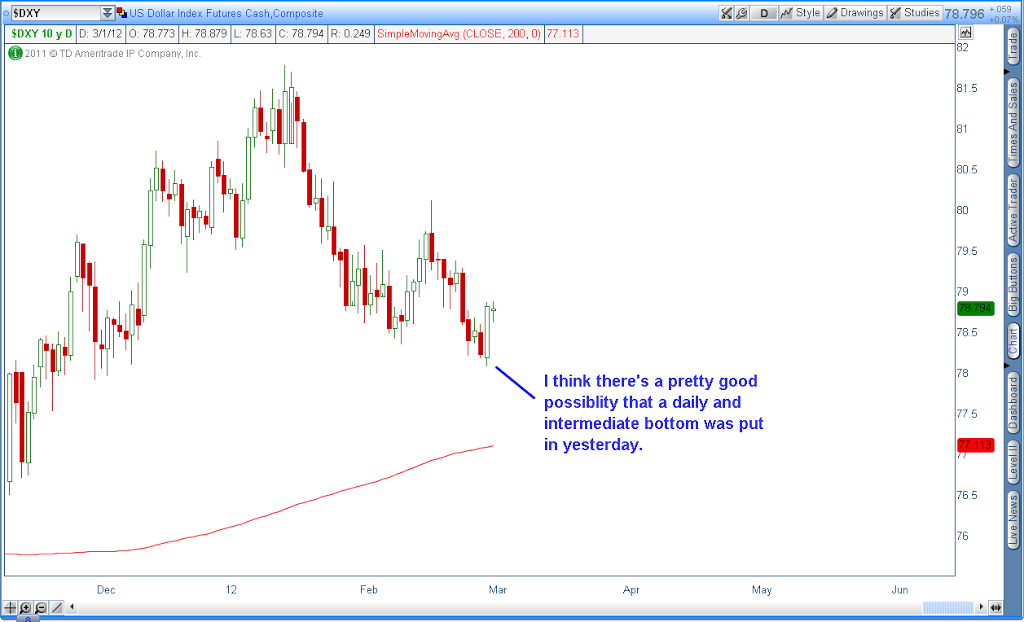 We will need to wait for a weekly swing and a penetration of the intermediate downtrend line before we have confirmation that a major bottom has formed. 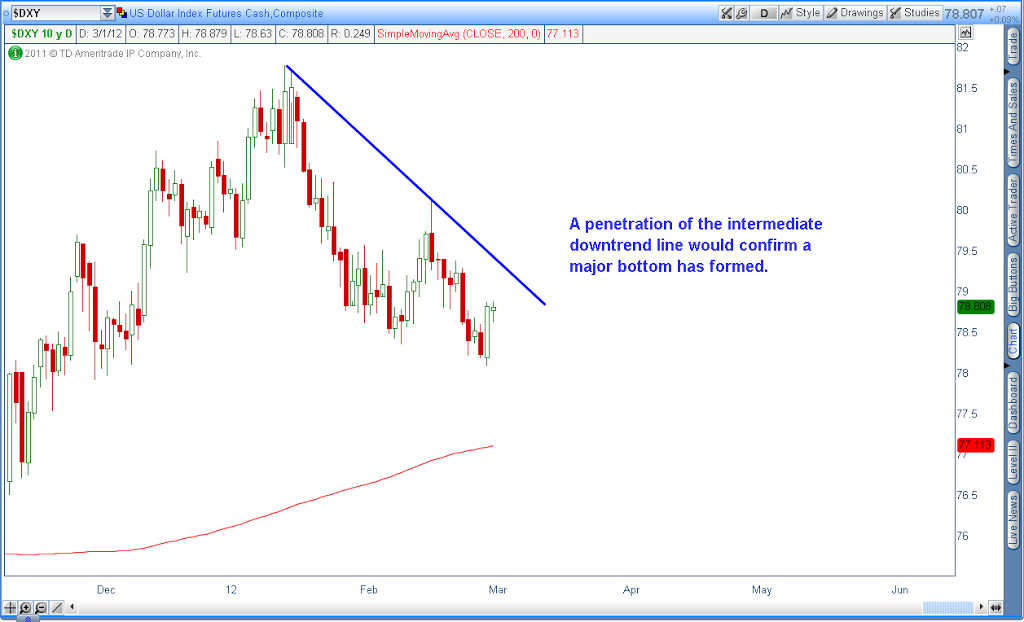 If the dollar has indeed formed an intermediate bottom then gold probably formed an A-wave top yesterday. It did confirm a left translated and failed daily cycle, which more often than not means that an intermediate degree decline has begun. 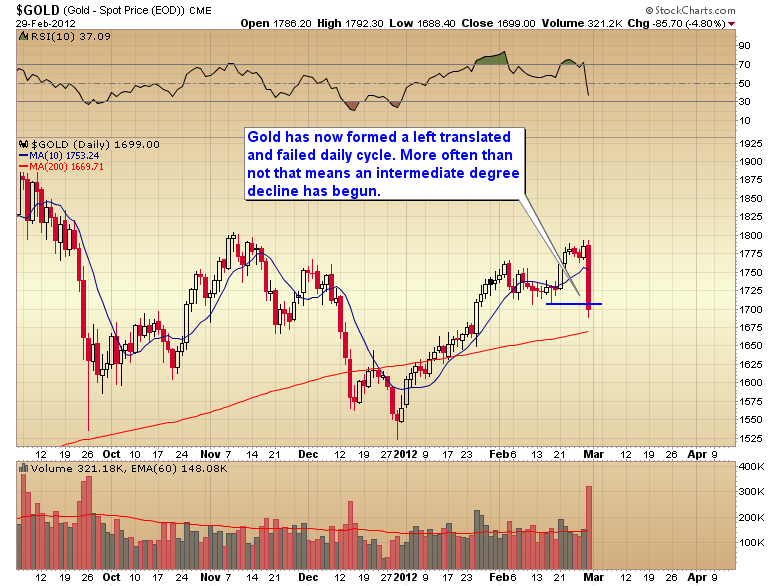 As this is only the ninth week in the current intermediate cycle, that would imply that gold should drift generally south for the next 8 to 10 weeks as the B-Wave decline runs its course.

I expect this will continue to unfold as a volatile whipsawing nightmare. Welcome to life after a C-wave top.

The unfortunate truth is that as long as the dollar continues to rally out of its three year cycle low trading conditions are going to remain difficult. 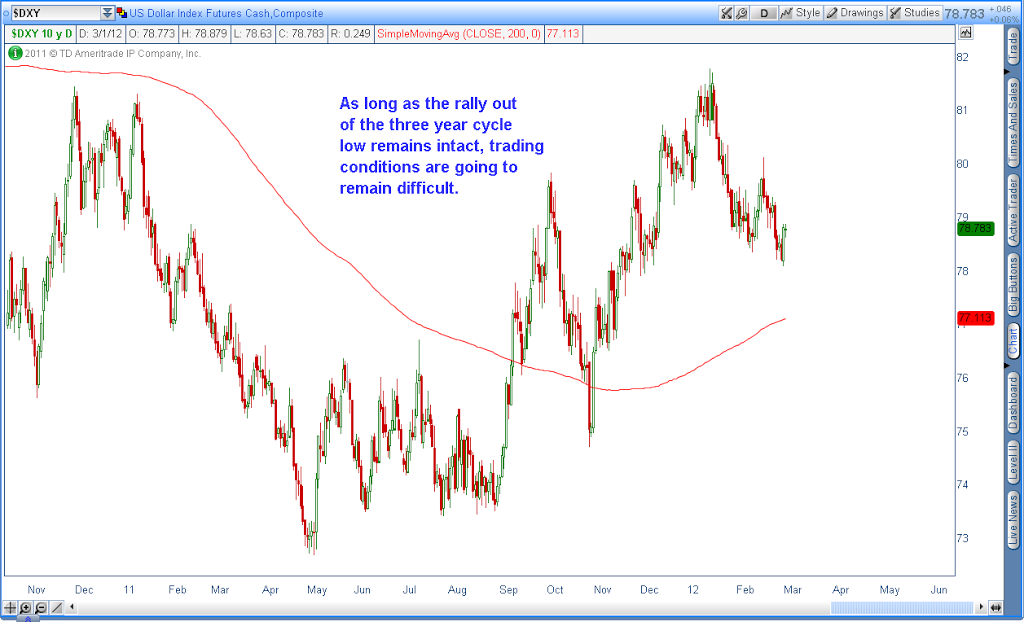 It’s unlikely we will see any sustained trends until the dollar gets back on the downside of the next intermediate cycle. Or if this intermediate cycle still has further to decline we may see a continued grind higher by the stock market. However it is so late in the intermediate cycle and the markets are so stretched above the 200 day moving average that it’s just not safe to play the long side any further.

6 thoughts on “WILL IT EVER CORRECT?”