June has been the month of major bottoms. Stocks and gold have already formed major yearly cycle lows. Now it’s the CRB’s turn to put in a major three year cycle bottom. This bottom will almost certainly form well above the 2009 low, establishing a pattern of higher lows and setting up for what I believe will be an extreme inflationary scenario over the next two years, culminating in a parabolic spike much higher than the one in 2008. 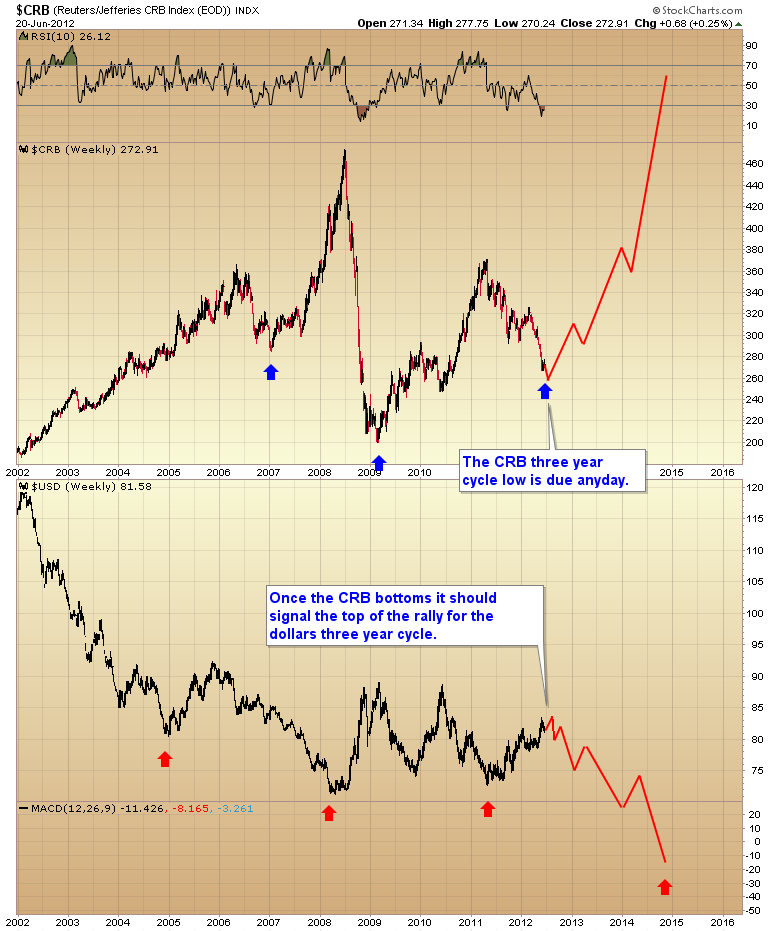 Sentiment has reached levels similar to the last three year cycle low in 2009.

At this point we are just waiting for the oil cycle to bottom. Today is the 51st day of oils intermediate cycle, which generally runs 50-70 days on average. I think oil is going to bottom in the next 3 to 5 days. The reason being; oil is in a waterfall decline that has just formed a midpoint consolidation. Once the midpoint consolidation gives way the final plunge usually lasts 3-5 days. This should correspond with a dead cat bounce in the dollar index before it rolls over and heads down into an intermediate bottom sometime in the next 4-8 weeks. 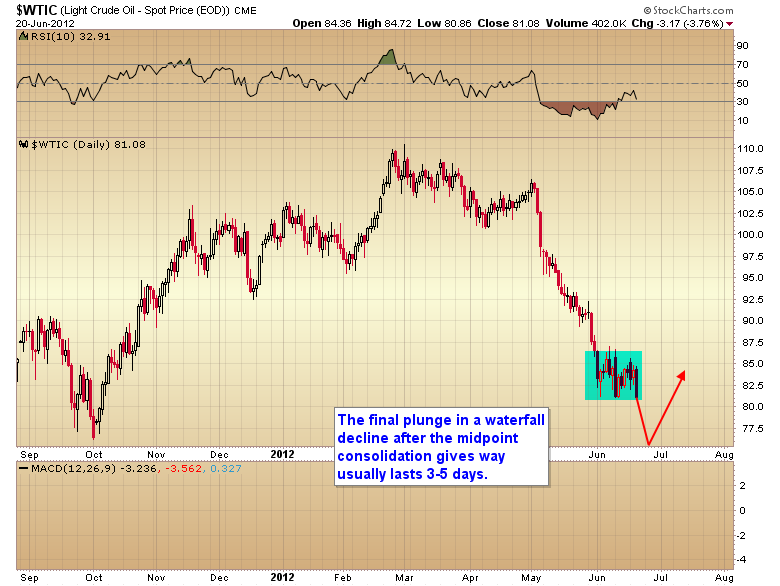 During this final plunge it appears gold will move down into a daily cycle low. That low should hold above $1526 as I think gold has already formed its yearly cycle low back in May, slightly ahead of the stock market and the CRB. 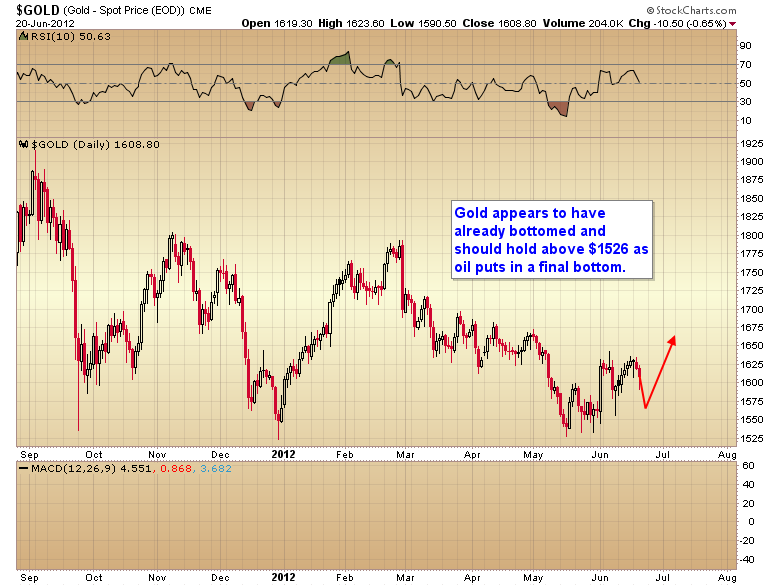 Sometime in the next few days investors will get the single best buying opportunity to position in commodity markets for the coming inflationary period. I prefer the precious metals (more specifically mining stocks) as they have already indicated they are going to lead this next leg in the commodity bull, but I think investors will generate tremendous returns in almost any area of the commodity sector.

One to watch is natural gas. It may be the largest percentage gainer during the next two years as it has gotten beaten up more severely than almost any other commodity.

218 thoughts on “OIL AND THE CRB APPROACHING A FINAL BOTTOM”