We will continue to watch the oil cycle next week as it is driving all other asset markets. As I pointed out in my last article, the rally in stocks, commodities, and gold are on hold until the oil cycle bottoms.

Oil did form a swing low on Friday, but I think there is probably one more leg down before the cycle forms a final intermediate bottom. If oil does have another leg down next week, that has the potential to cause the stock market to break lower out of the volatility coil that it has formed.

As most of you probably remember the initial break out of a volatility coil ends up being a false move about 70% of the time. The initial break is soon followed by a more powerful and durable move in the opposite direction. In this case, a move down would form a stretched daily cycle low, which would be followed by, presumably, another move to new highs next month, and on into the election.

A further decline in oil would probably mean more upside for the bear flag forming on the dollar index, and presumably the dip down into a daily cycle low for gold that I noted in my prior post (although I wouldn’t rule out one more attempt to tag the $1800 resistance level on Monday or Tuesday first). 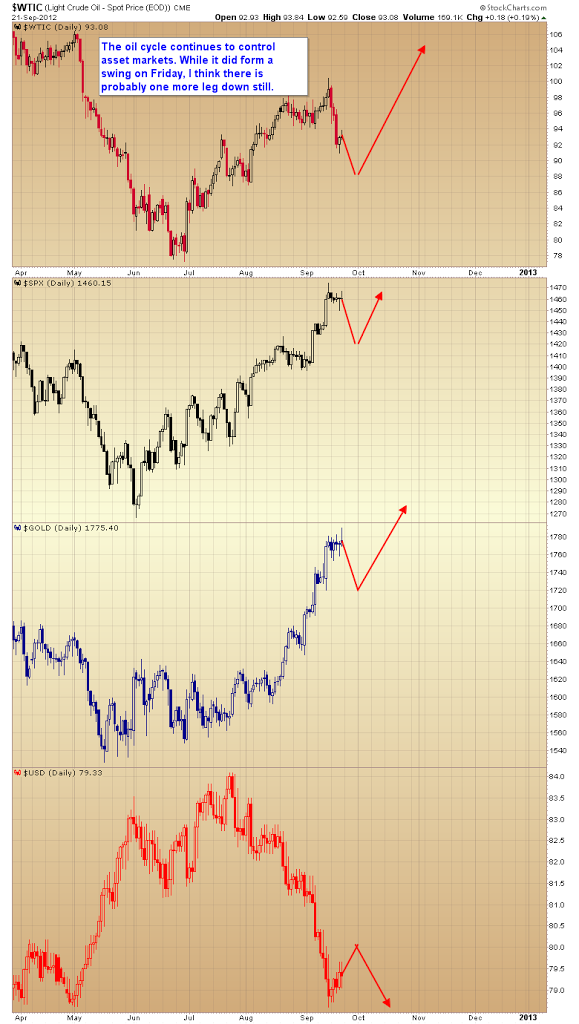 Note that the above charts are only intended to illustrate trajectory not actual targets.