Since the breakdown out of the bear flag on the dollar index hasn’t followed through, the odds now favor that the dollar has generated an intermediate degree bottom. First off this should be a countertrend move as I think the three year cycle has already topped. Based on the intermediate cycle count in the stock market the dollar probably doesn’t have more than 3-4 weeks before this rally rolls over and begins another leg down. 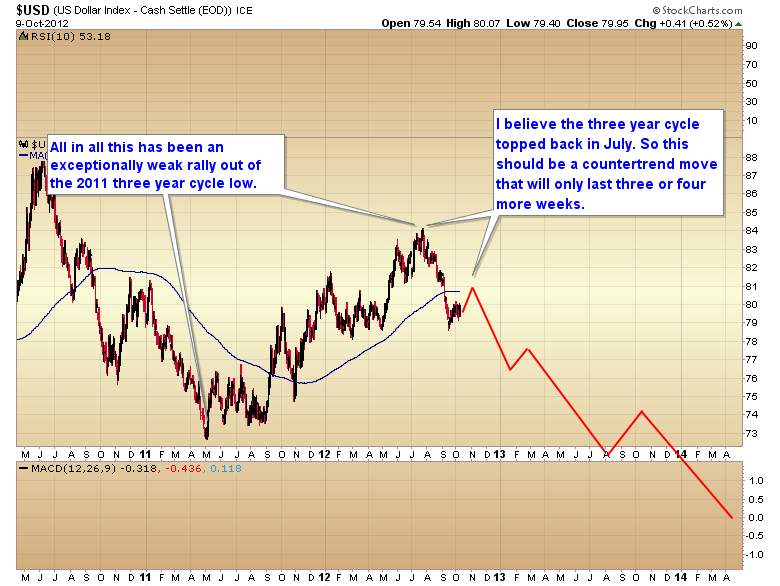 If the dollar has generated an intermediate bottom then this should be the timing band for stocks and commodities to move down into intermediate degree corrections (considering the strength in oil, energy may decouple from this process).

Keep in mind this will just be a profit-taking event. I fully expect to hear many of the perma bears jumping on the bear market bandwagon at the bottom of this correction. We are going to hear many analysts claiming that QE3 didn’t work, that deflation is setting in, etc. etc.

Once this corrective move has run its course I expect we will see stocks rally, probably back to new highs. As a matter of fact I think the most likely scenario is that stocks will rally just enough to break the all-time highs, either later this winter, or sometime next spring. A move to new highs is usually what it takes to pull in every last retail investor allowing smart money to unload their shares that they have been holding for the last three years. This is how the last bull market topped also. 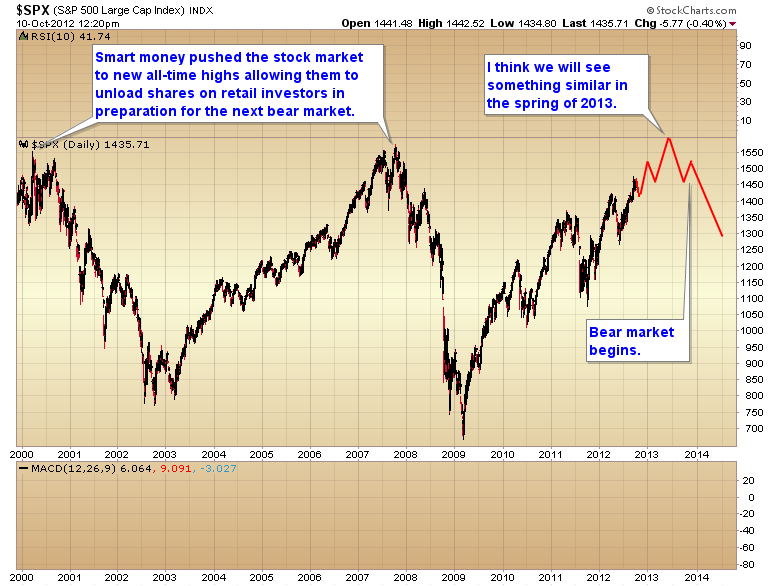 I think we can expect a final bottom (if an intermediate decline has begun) either on the next FOMC meeting, or if the cycle stretches a bit, a bottom on or around the elections, once it becomes clear who’s going to win the presidency.

We took profits on our mining positions last week and put in place a strategy to allow us to weather an intermediate decline in the metals if it is now in progress, while still maintaining some exposure if the bull surprises to the upside and tests $1900 before dropping down into an intermediate correction.