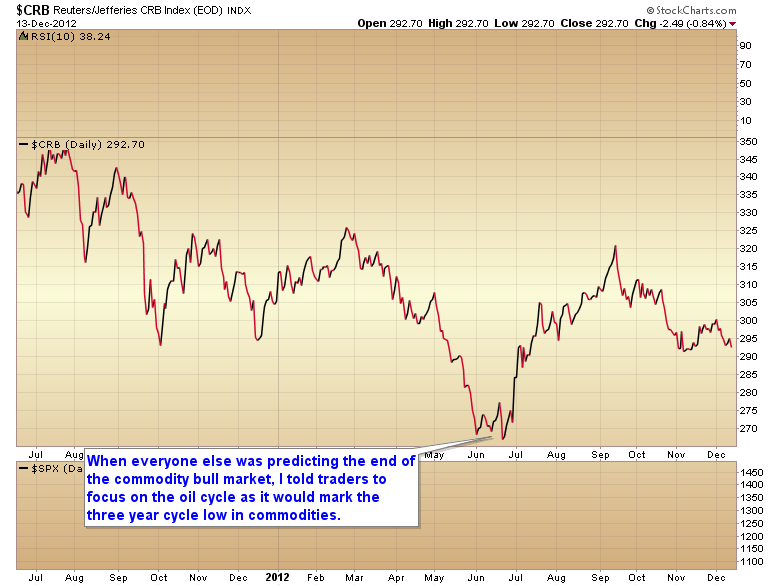 Remember at the time virtually every analyst was predicting the end of the commodity bull market. I knew that was baloney. All that was happening was a completely normal decline into a major three year cycle low.

I also correctly predicted that the bottom in the CRB would mark the three year cycle top in the dollar. 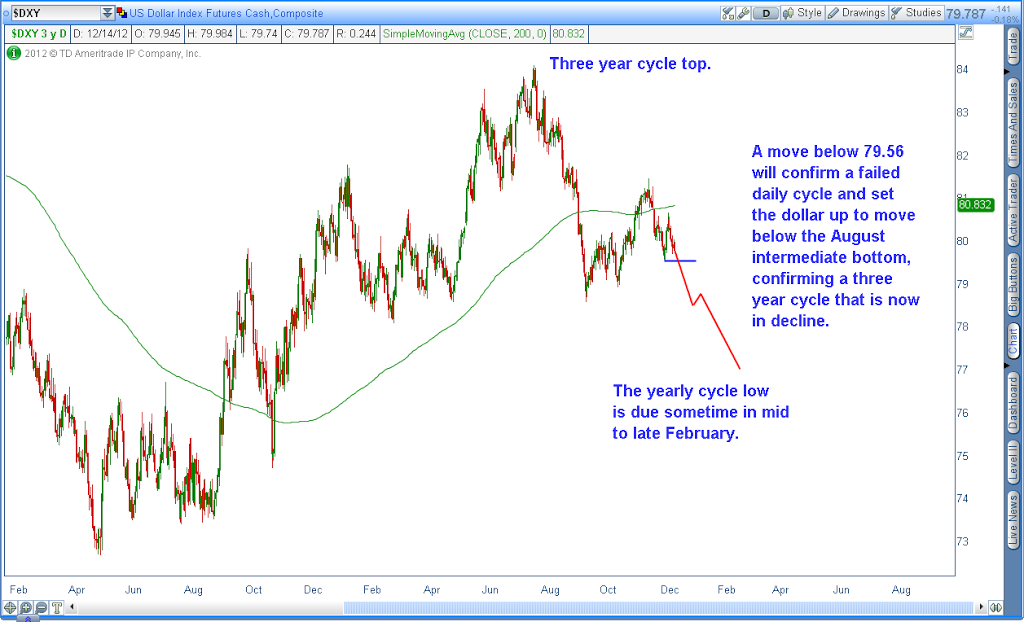 As expected the dollar made a halfhearted attempt to regain the 200 day moving average before rolling over in anticipation of QE4. At this point all we are waiting for is a move below the last daily cycle low at 79.56 to confirm the intermediate cycle has topped, and done so in a left translated manner (left translated cycles are an indication of a cycle that is in decline and making lower lows and lower highs).

Once 79.56 is breached the dollar will be on its way down into its yearly cycle low sometime in mid to late February. My best guess is an intermediate bottom somewhere around 76-77 before another mild bounce like we witnessed out of the August low and then a continued collapse of the worlds reserve currency.

Since September when the dollar began it’s pathetic countertrend rally, the CRB has been moving down into its first corrective phase. At this point I think the entire commodity complex is just waiting for the leader to turn. And by leader I mean natural gas. As you can see in the chart below Nat gas led the entire commodity complex out of that major three year cycle low. 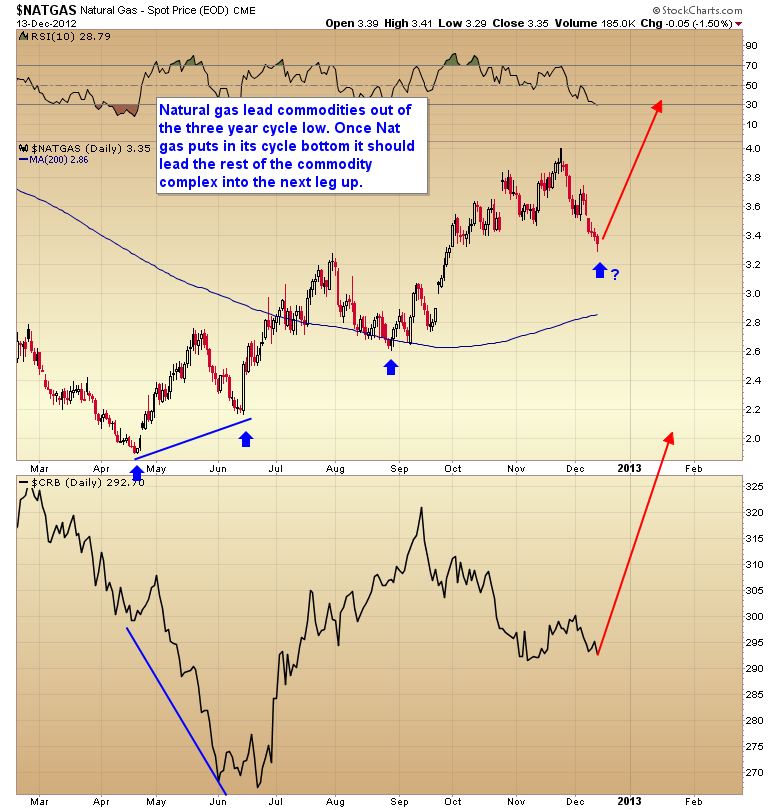 I think Nat gas began a new cyclical bull market in April. This was the point at which currency debasement overwhelmed the supply/demand fundamentals of a saturated Nat gas market. I don’t believe for a minute that this bull market is being driven by supply and demand fundamentals. I think this market is being driven by the same thing that the entire commodity complex is responding to, and has been responding to since last summer, and that is massive global currency devaluation.

As you can see in the chart above the natural gas cycle is now deep in the timing band for a turn. I suspect when Nat gas forms a swing we will see oil, gold, silver, and the entire commodity complex begin another leg up in what I expect to be a severe inflationary spiral culminating in at least a mini currency crisis in mid-2014.

As predicted the stock market rallied violently out of its intermediate bottom logging a 7% gain on the initial thrust. We can now expect stocks to take a breather as a minor profit-taking event unfolds and the stock market moves down into its half cycle low.

My best guess is we will see a bottom somewhere between 1400-1410 followed by a move up to test the all-time highs, probably by the end of the year (especially if we get a resolution to the fiscal Cliff in the next week or two). But if Congress manages to drag this into the new year, then I think we can expect fiscal cliff resolution and at least a marginal break of the September highs before the state of the union address on January 29. 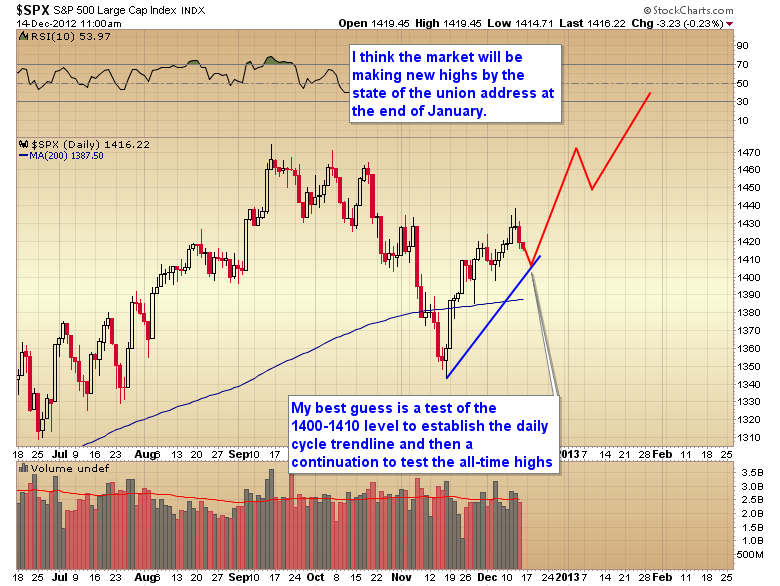 So for commodity traders I think we are just waiting on the natural gas market to bottom before the next leg up begins.