The stock market has known all along that the fiscal cliff issue was going to be pushed out to the last minute. This is just how Washington works. Nothing is ever settled until everybody gets all of the pork needed to buy their vote.

The correction today is nothing more than a short-term breather before the market makes a final push to test the all-time highs, probably by the first week in January. I’m guessing we will get some kind of stopgap measure, or extension of the deadline next week that will trigger another explosive move up to test those September highs. At that point the market will find some excuse to drift down into a daily cycle low around the middle of January.

Once a deal is struck the daily cycle correction will end and the market should explode to new highs, maybe big new highs by the state of the Union address on January 29. 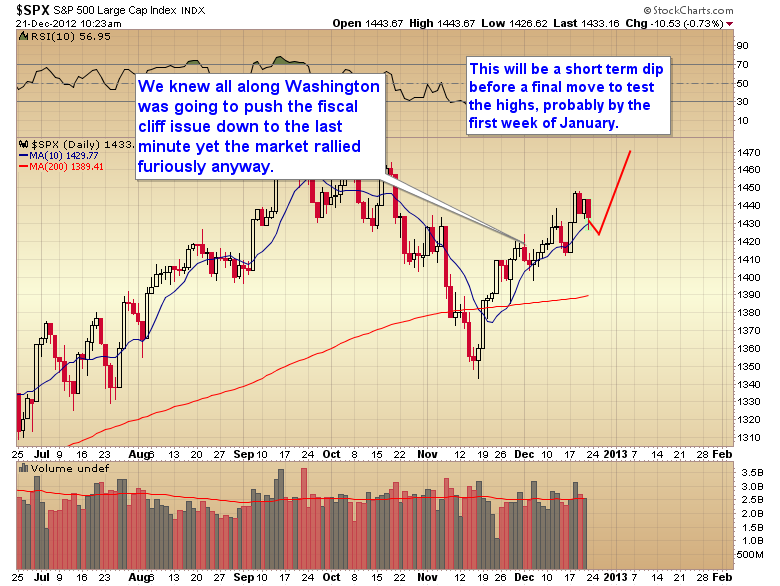 The gold market however has been rather confusing of late. The selloff on the QE4 announcement, especially the huge sell orders that hit the market late Wednesday night, made no sense at all.

Now with the benefit of hindsight it’s apparent that the yearly cycle low that I was expecting sometime in April or May has been moved up to correspond with last year’s D-Wave bottom. 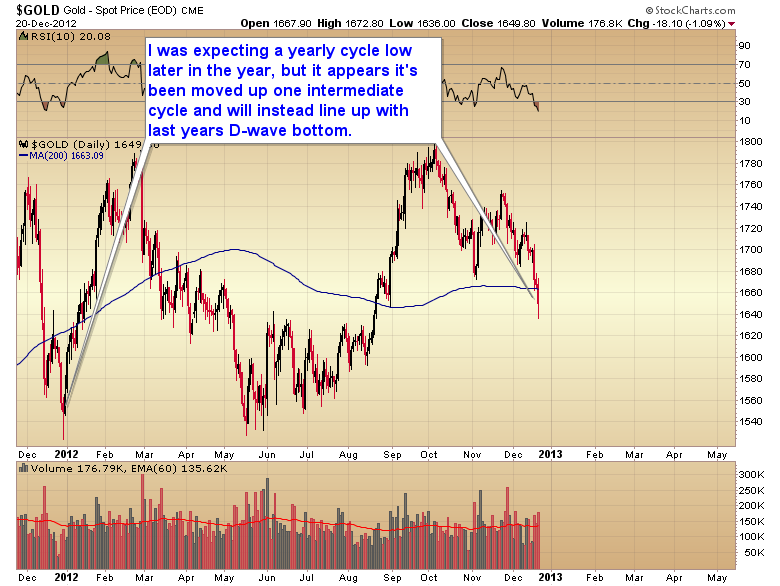 There is a possibility that that yearly cycle low bottomed yesterday. However it appears that we have a daily cycle low 10 days ago. If that’s the case then after a short-term bounce gold may make one more move to marginal new lows as the stock market finishes its test of the highs in early January. The normal duration for a gold daily cycle is about 18-25 days. Unless this turns out to be an extremely stretched daily cycle then gold probably has one more curveball to throw us before a final yearly cycle bottom.

On the plus side the rally out of a yearly cycle low tends to be the most powerful rally of the year. In this case if we were to get one more marginal new low to say around $1630 in the next couple of weeks that should be the end of the selling and I think gold will easily test the $1900 level during its next intermediate cycle. 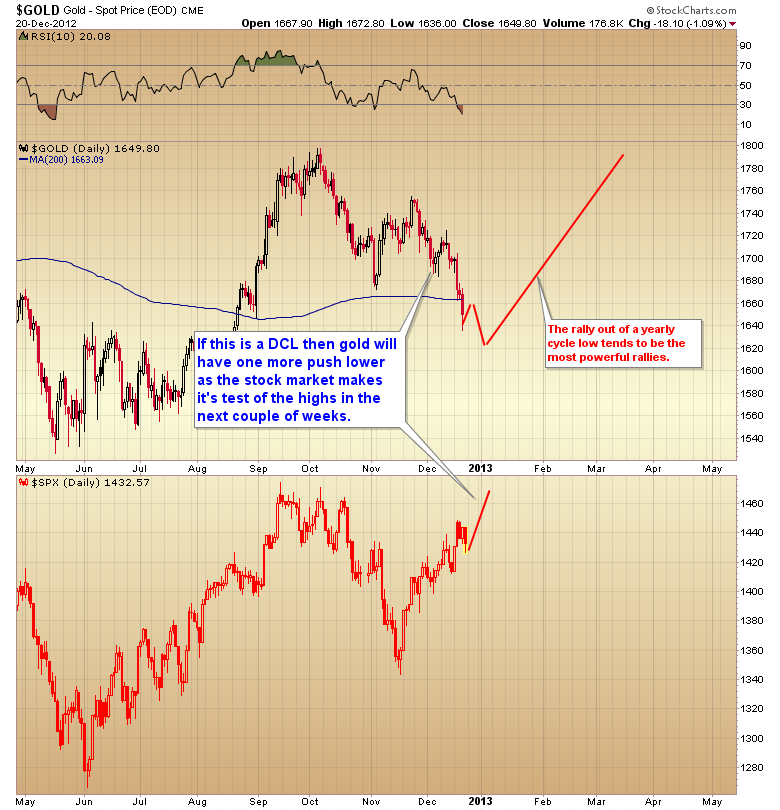 Those of you still holding positions in the precious metals market I would strongly advise you to not lose your position in the next couple of weeks if gold does make another marginal new low.

If you are back in cash I think I would advise waiting to see how gold reacts as the stock market launches out of this short-term correction. Like I said that may be the trigger for gold to move down into the normal timing band for a daily cycle low and possibly a marginal break below yesterday’s intraday bottom. If it does, that should mark a final yearly cycle bottom and trigger a big rally back up to test the September 2011 all-time highs.