Interview with Tekoa Da Silva regarding the breakout in gold yesterday.

It’s been my theory that the stock market, and especially bond market have been storing inflation ever since May of 2011. Once that inflation starts to leak it’s going to look for undervalued sectors.

It’s pretty clear when looking at a comparison chart of bonds and energy that inflation started leaking almost immediately once the bond market topped. The recent escalation in the bond market sell off materialized almost instantly as a sharp spike in energy prices. If you think this is bad wait until the stock market starts to leak inflation also. This is how an inflationary spike, like we saw in 2008, begins. 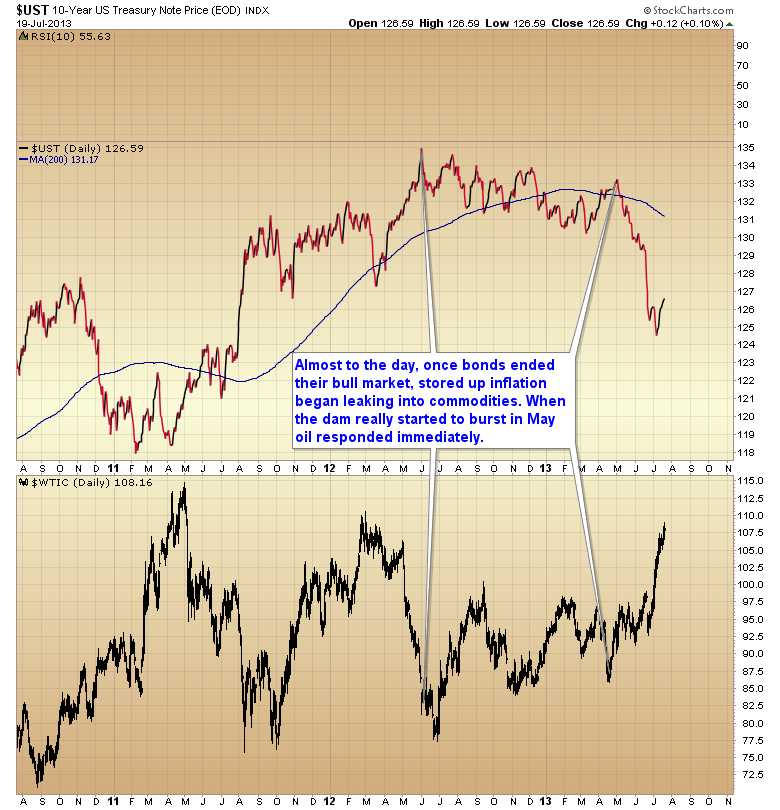 Last year I correctly spotted the three year cycle low in the CRB. I must admit the retest of that bottom has taken much longer, and been far deeper than I thought it would be. However I think the retest is over. It looks like the CRB has put in its final yearly cycle low for 2013, and that low has held above the 2012 trough.

As I have noted in the chart below, we did see a positive divergence at this year’s bottom as the dollar made a marginal new high but commodities failed to confirm that new high by breaking their 2012 three year cycle low.

So while I think commodities are finally ready for another leg up, I believe the dollar is in the final stages of putting in its three year cycle top. A three year cycle that has unfolded very weakly I might add. As you can see in the chart below over the last 4 1/2 months the dollar has begun to gyrate violently in a megaphone topping pattern. 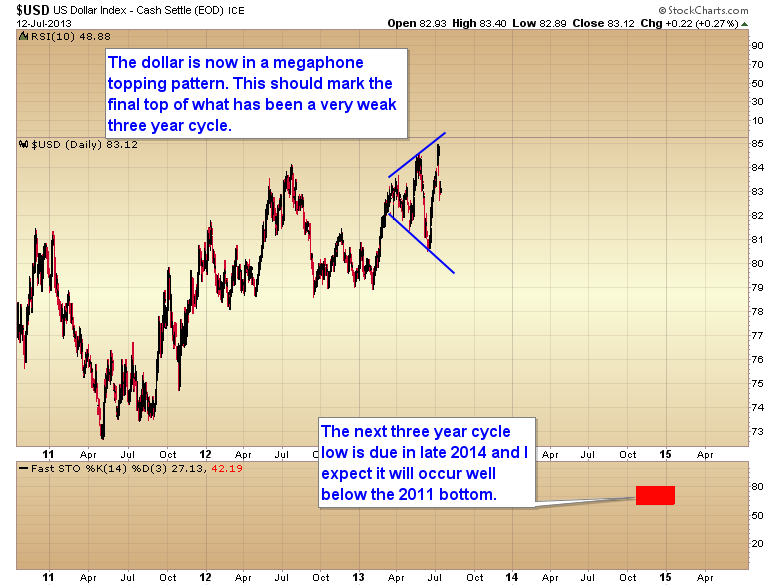 Let’s face it, did anyone really think that Bernanke was going to get away with printing trillions of dollars and not have something bad happen to the currency? I have been saying for years now this would end in a major currency crisis.

With the dollar now starting to swing violently back and forth I think that currency crisis is quickly approaching. Let’s face it, this isn’t the kind of behavior one would expect from a stable asset. This is behavior consistent with something under extreme stress and on the verge of collapse. For reference, this is the exact same behavior the stock market exhibited in 2007, and you can see what that led to. 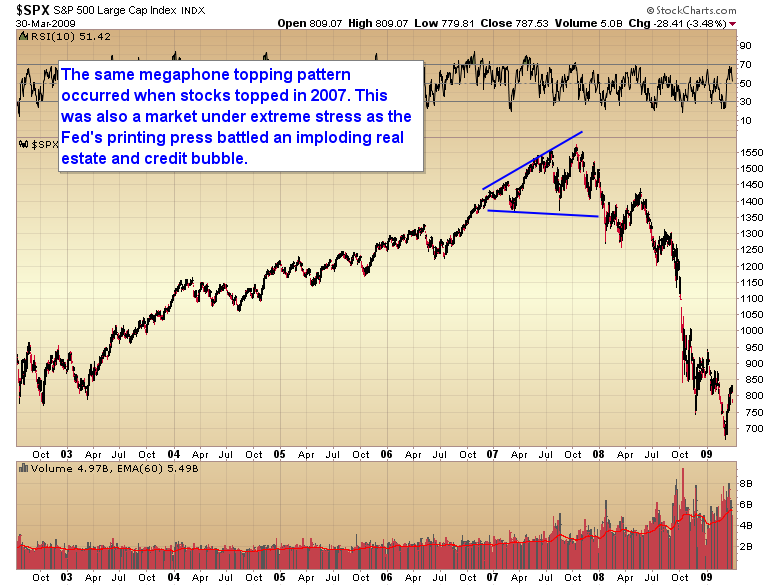 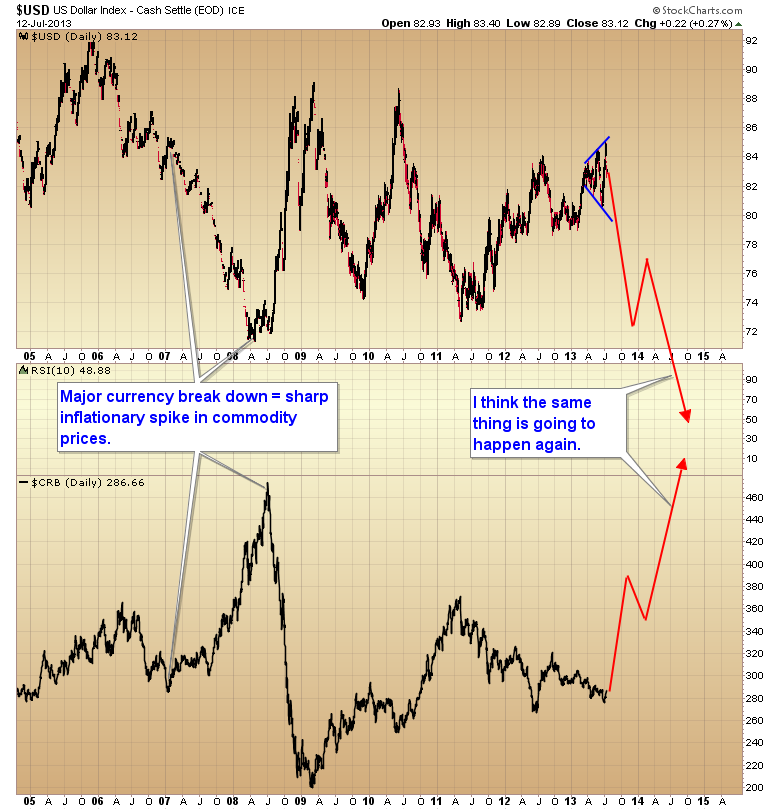 Interview with Tekoa De Silva. This is what has to happened to generate the conditions necessary for the bubble phase to begin.