Let’s try this one again. It appears that the Syrian mess has stretched the daily cycle a little bit. However the market never broke the downtrend line which would have signaled a final daily cycle low had been completed. So I think the cycle just stretched 5 extra days. 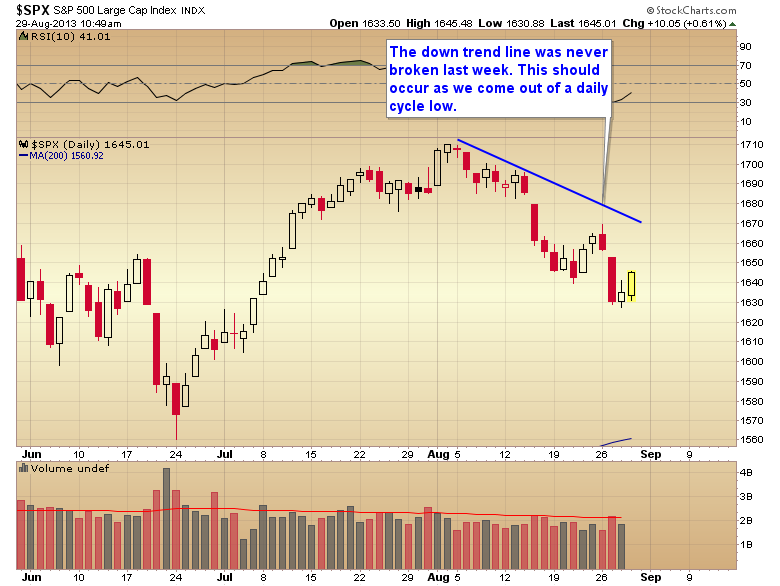 We have another swing today, so another opportunity for the cycle to bottom. Stops should be right below yesterdays intraday low under the assumption that this will turn out to be the daily cycle bottom.
I see many analysts assuming the bull market has ended. I really don’t think a 5 year bull market is going to give up that easy. At the very least I think we need to re-test the recent highs, and I’m expecting marginal new highs before this intermediate cycle rolls over later this fall.
I do believe we are in the end game though. The housing sector and now maybe the financials are starting to roll over. 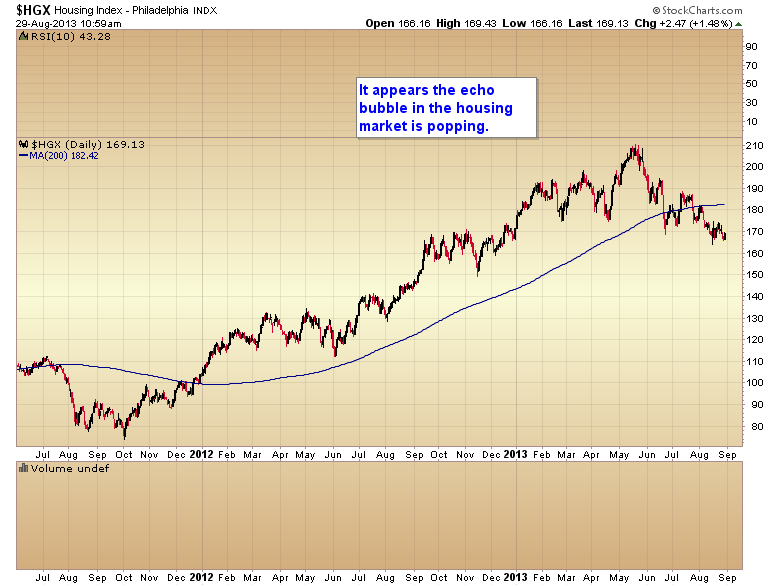 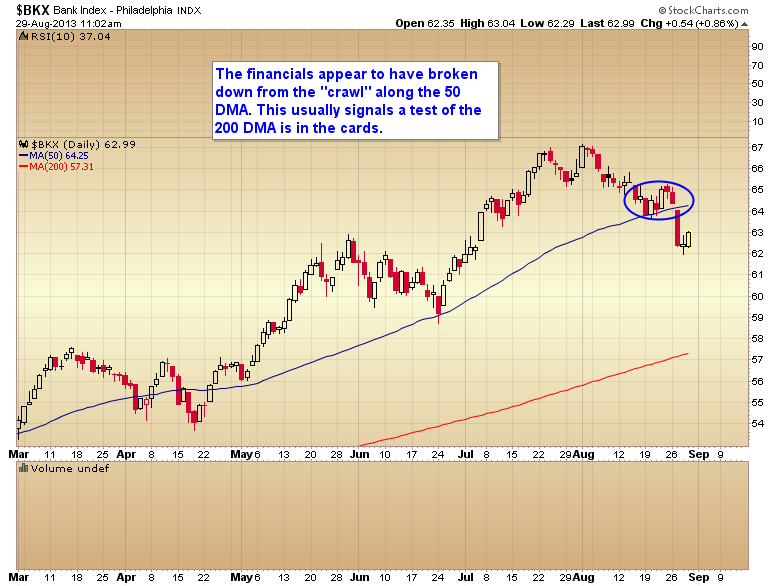 This is usually how a bull tops, with the weakest sectors rolling over first followed by the rest of the market once the fundamentals are no longer deniable.
I continue to believe we will get a final bull market top sometime this fall, to be followed by a multi-month volatile trading range as the Fed tries to reflate. All they will succeed in doing is inflating a spike in commodity prices. I expect the topping process to take the better part of a year with the real downside momentum starting in late 2014.