Analysts everywhere appear to be wondering what could possibly be the catalyst to turn the gold market around. I maintain it’s the same catalyst that drove the gold bull market from 2001 to 2011. Out of control currency debasement.

Does anyone seriously think that we can print trillions of dollars out of thin air for five years and not eventually have something bad happen? The next the black swan is already staring us in the face. It’s going to be a collapse in the purchasing power of the US dollar.

Since the beginning of the year the dollar has been showing signs of extreme stress as it began to oscillate violently back and forth in what is known as a megaphone topping pattern. When this pattern breaks to the downside it is going to initiate the beginning stages of what will likely be a fairly severe currency crisis by next fall. 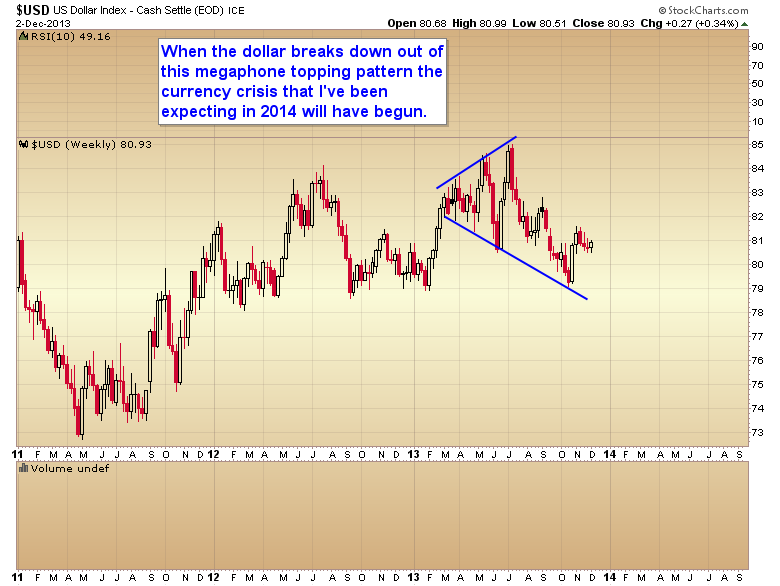 In this environment I think it’s going to be impossible for the manipulation in the gold market to continue. As a matter of fact I got a signal last Tuesday that indicates to me that the forces trying to manipulate gold down to $1000 have probably thrown in the towel and given up, realizing that an impending dollar crisis is about to begin.

On a cyclical analysis basis, the intermediate cycle is now running out of time for a move all the way back to the $1000 level. As you can see in the chart below the average duration for an intermediate degree cycle is between 20-25 weeks. Currently gold is on the 23rd week of this cycle. 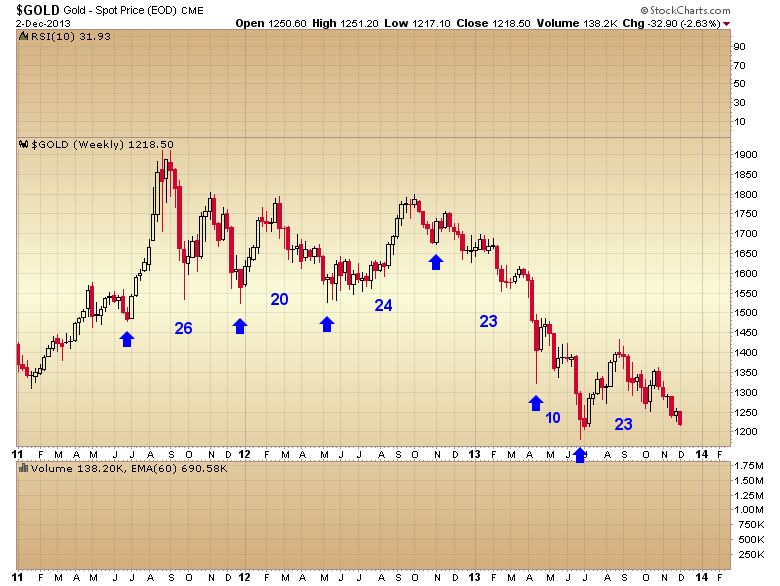 On a smaller time frame you can see the current intermediate cycle already has four daily cycles nested within it. I don’t believe there is time for a fifth daily cycle, and a fifth daily cycle would be required if gold were going to make it all the way down to $1000.

On top of that the current daily cycle is now stretched to 34 days which is already longer than 90% of historical cycles. What this means is that gold is very late in its daily cycle and a bottom is due at any time. The logical trigger would be on the employment report Friday, although I think the market will be expecting that so we may get a bottom earlier in the week. 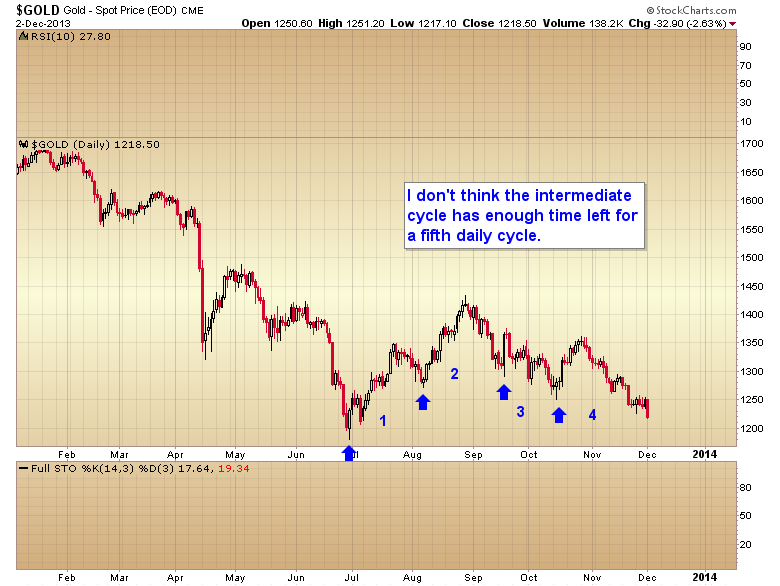 Last week’s sentiment polls are also suggesting that bearish sentiment has reached levels where the market is at risk of running out of sellers. I expect when the current weekly sentiment poll comes out later this evening we will see sentiment in both gold and silver at levels comparable to the June bottom.

To top it all off I’m starting to hear some of the usual clichés that always appear at major turning points.

“The charts are pointing down”

Then there are the numerous calls for completely unrealistic targets. I’m now starting to hear $700 price targets for gold.

I believe we are within days of a final bottom in this intermediate cycle. I think an initial 10-20% position can be taken anytime this week. Then once we get confirmation of an intermediate bottom one can start adding to that position.

I’ll say it again, if one can pick, or even get close to, buying at a bear market bottom the initial move out of those bottoms are where the biggest gains in this business are made. The first two months out of the 2008 bear market bottom miners rallied 100%. I don’t think it’s unreasonable to expect something similar this time as this bear market has been every bit as severe as the one in 2008.

And one final confirmation before I forget. Oil appears to have put in a final intermediate bottom. Look for oil to lead the commodity complex out of this bottom. 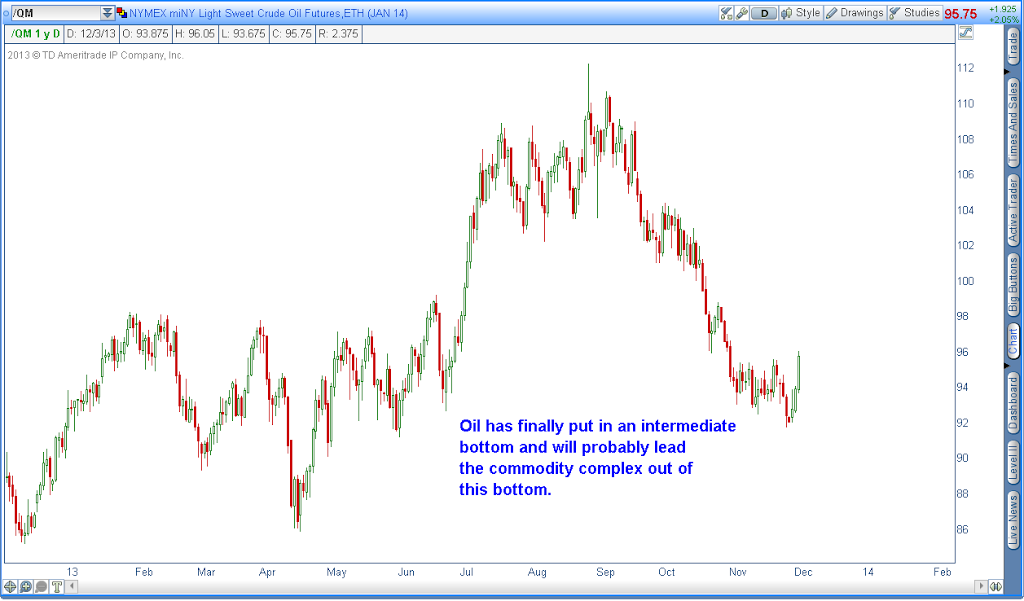