I believe we have now come to an inflection point, and I think the next 2 weeks have the potential to determine the economic direction in 2014.
I believe that if stocks had been allowed to trade freely they would have moved down after the last FOMC meeting and continued the failed daily cycle that was already in progress. However, it’s my opinion that the Fed rescued the market immediately after the meeting as they saw it was beginning to plunge. Let’s face it if the market had sold off hard right after the FOMC announcement of tapering then their only choice would have been to immediately reverse their decision. So I think the Fed was prepared to rescue the market if it showed any signs of weakness after the announcement. That explains the large reversal candle on December 18.
I think it was their intent to create a momentum move to try and prevent the market from correcting very similar to what they did in June 2011 as QE 2 was coming to an end. The bullish seasonality and typical Santa Claus rally helped the Fed keep this market propped up into year end. 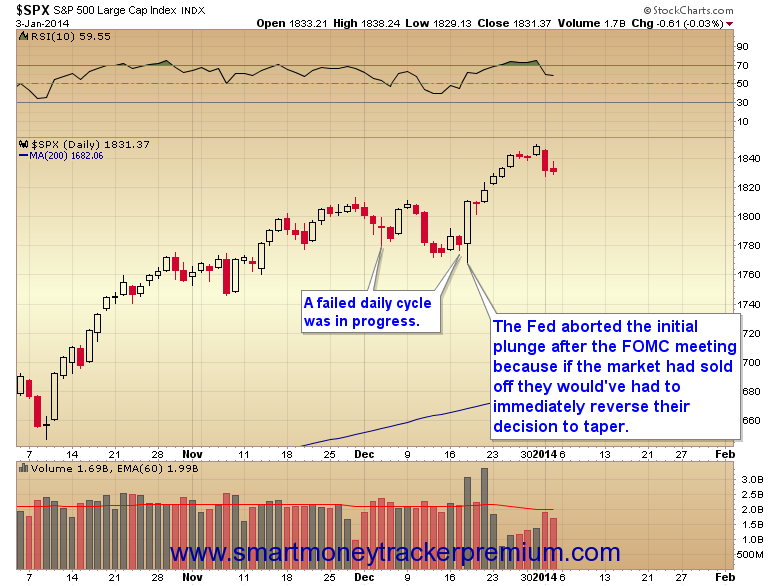 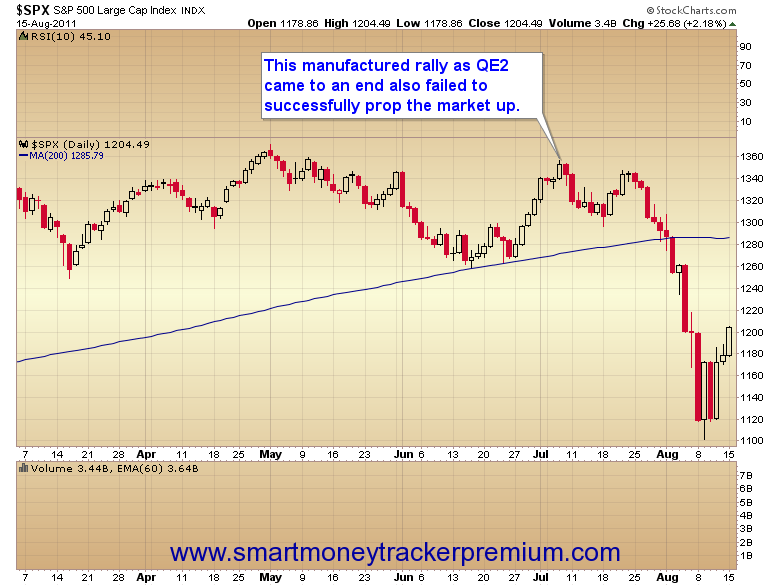 I think the next two weeks are very important, and if the Fed loses control of the stock market it’s going to put into motion unintended consequences that have the potential to push the economy back into recession.
To begin with the Fed has created a parabolic advance in stocks. Parabolas always collapse. If this parabolic move is about to overwhelm the Fed and collapse then we can expect in the not-too-distant future that this silly notion of tapering will quickly go away and instead the Fed will frantically increase quantitative easing to try to rescue the stock market. 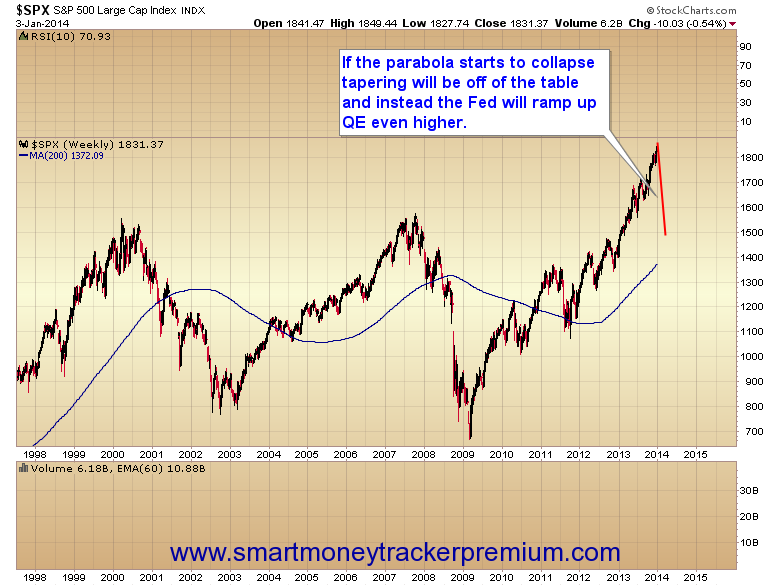 This may be what the rally in the dollar is signaling. That a hard selloff in the stock market is imminent.
This is the consequences of not allowing the stock market to correct naturally in 2013. You take away all fear for market participants and create an unsustainable parabolic advance. When that parabola collapses you have a major catastrophe on your hands. This is no different than 2005 when the Fed allowed real estate prices to climb into the stratosphere. We should know within the next two weeks whether or not this parabolic move is coming to an end.
More in the weekend report.