As most of you probably know by now the regular SMT site was hacked this past weekend. So until we get it running properly again I’m going to have to publish the nightly reports to the blog. Unfortunately until I can get back into the admin side I also can’t post new chat rooms so we are going to be stuck with the current weekend report and March 8 chat for comments for the time being.

The reports here on the blog will be brief until the SMT premium is back online.

After today I have to think it’s pretty clear the Fed has no intention of allowing the stock market to correct ahead of the next taper. What began this morning as a good start for a dip into a half cycle low has been pretty much terminated. 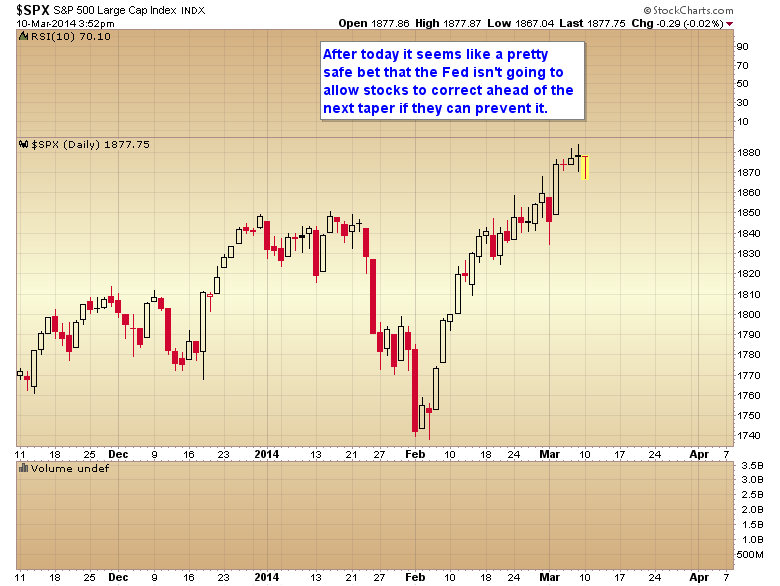 It’s still too early for the dollar cycle to bottom. This bounce should peter out in the next day or two and finish moving down into it’s cycle low by the FOMC meeting on the 19th. I’m looking for a full test of the Oct. low before the dollar musters enough of a bounce to qualify as a daily cycle low. 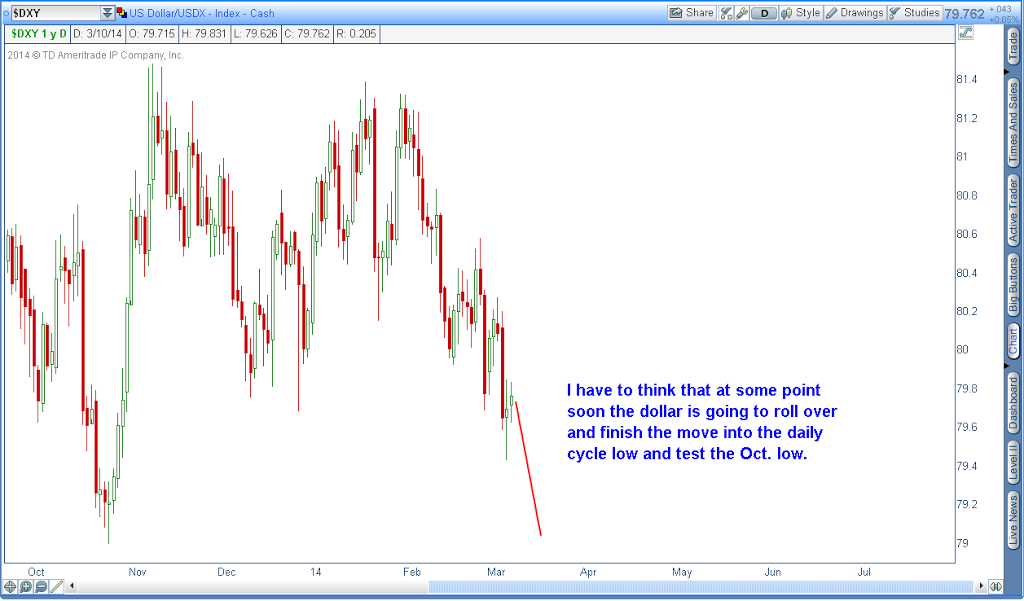 After last nights manipulation attempt to drive gold down failed, it looks like gold is just waiting for the dollar to make that final dive into it’s DCL to breakout of the consolidation it’s been in for a couple of weeks now.

The longer gold continues to trade sideways the less likely it’s going to be that we get a deep dive into a DCL. As today was the 26th day of the cycle, the odds are increasing every day that the cycle low occurred on Feb. 28 and gold is now in it’s third daily cycle. We need a breakout above $1360 to confirm it though. 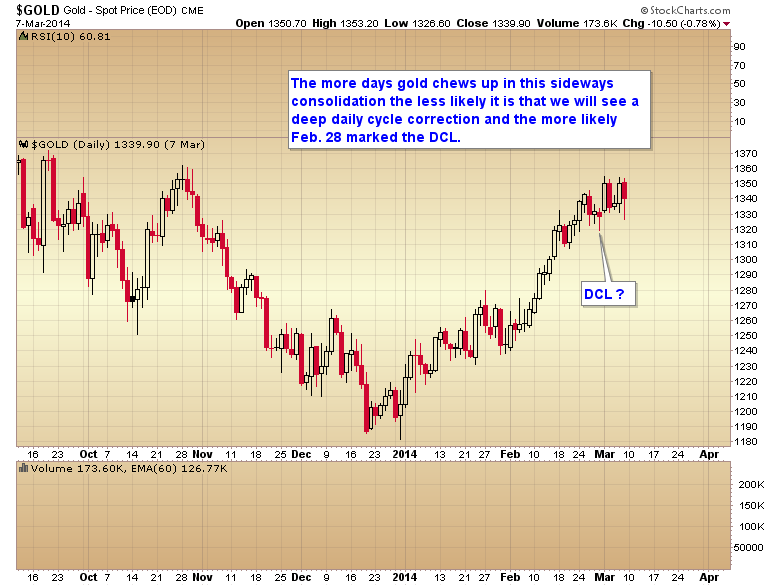