Based solely on the reversal off the early morning selling I would say the half cycle low correction completed today. However during a brief period when the market was positive this afternoon I noticed a huge selling on strength number in SPY (it’s back as of the close). Granted this isn’t 100% any more than any other tool, but I have to think that someone who can throw around 300-400 million dollars probably knows more about what tomorrow holds than me so I’m going to stay on the sidelines for now and see what plays out.

It’s entirely possible this is a manufactured reversal to allow big money to dump shares on eager dip buyers. So for now better safe than sorry, and let’s wait to see what tomorrow brings before we make any decisions on whether or not to re-enter stock positions.

Dollar:
So far so good. As expected the dollar has begun the final move down into it’s daily cycle low. This should accelerate over the next 5-6 days and I don’t expect to get the next bounce until the dollar tests the Oct. lows. 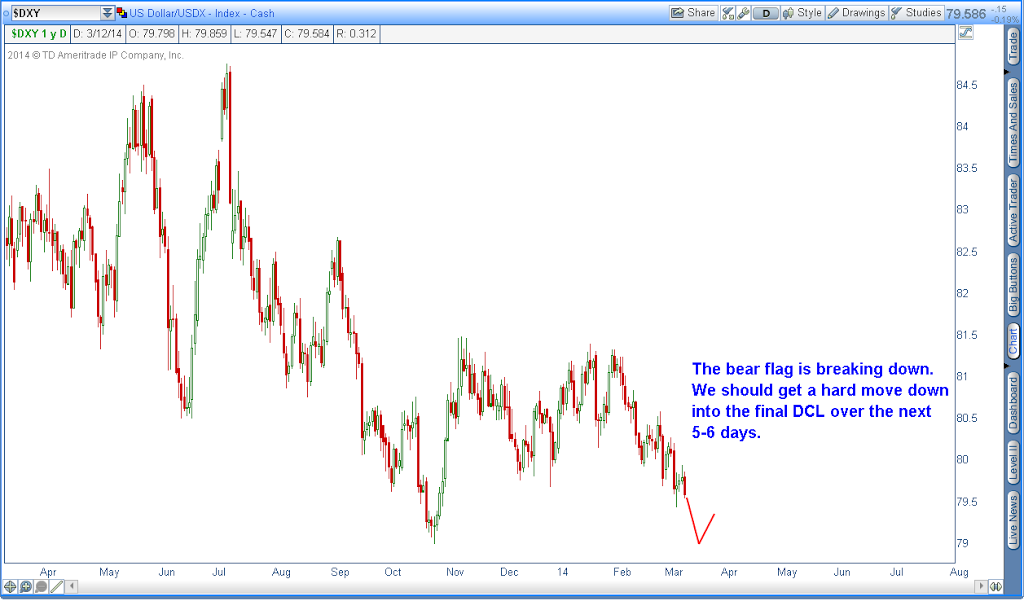 Oil is getting late in it’s intermediate cycle (average duration 50-70 days). Once we move past 50 days I’m going to  watch for a swing to get us back into our DBC position, and probably DBA also. 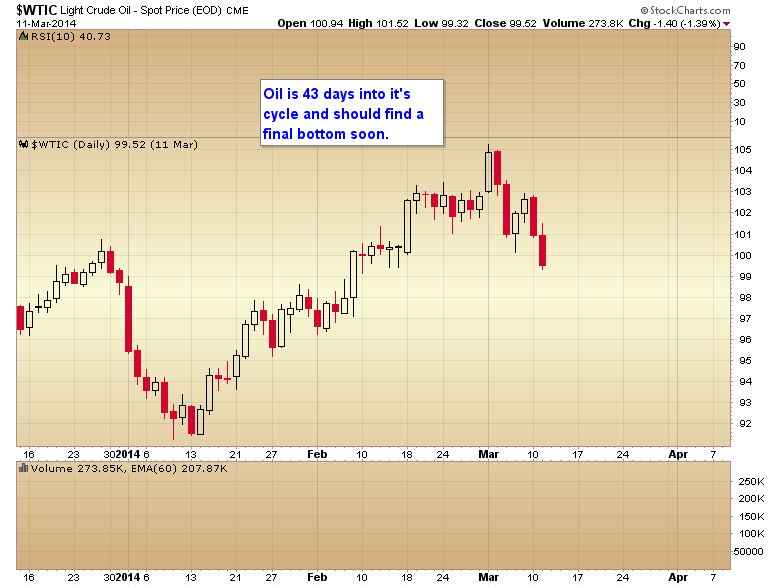 As I was expecting gold has finally broken out of the multi-week consolidation. Also as expected it did so with a big move. As we should be entering the final scary phase for the dollar cycle, this should be the happy phase for gold bugs over the next week to week and a half. 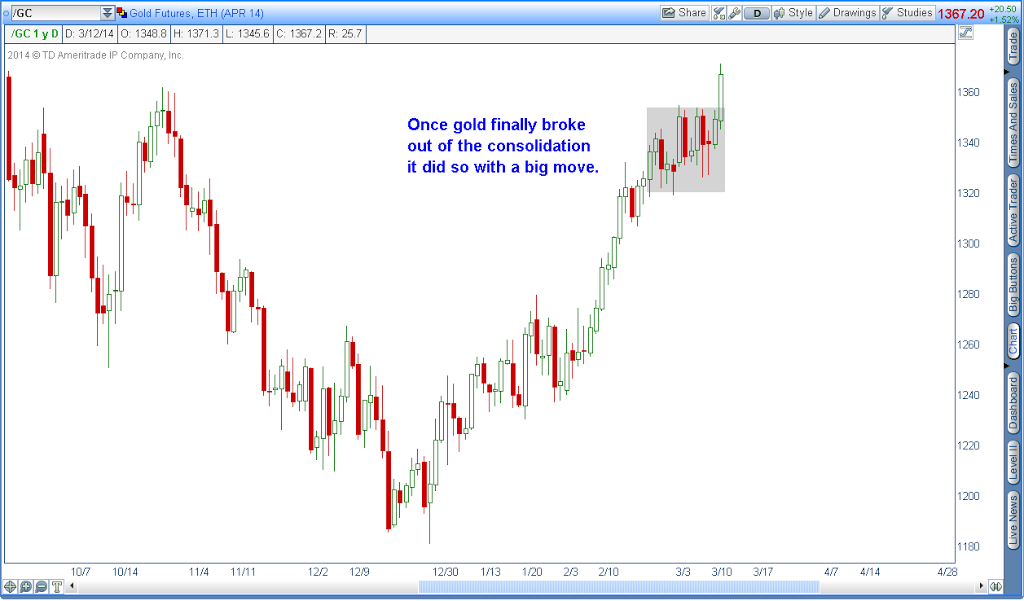 The first daily cycle delivered a 100 point gain. The second daily cycle a 118 point gain. I should think a move to test $1425 shouldn’t be too hard to accomplish during this third cycle, and we might even have an outside chance of 1500 if the dollar cycle stretches or we get that final short dollar cycle I’ve speculated about.

Once the miners finally break out of their consolidation I think they too will deliver a large aggressive move to the upside. I don’t think it’s unreasonable to see a move to $30 before this third daily cycle tops. 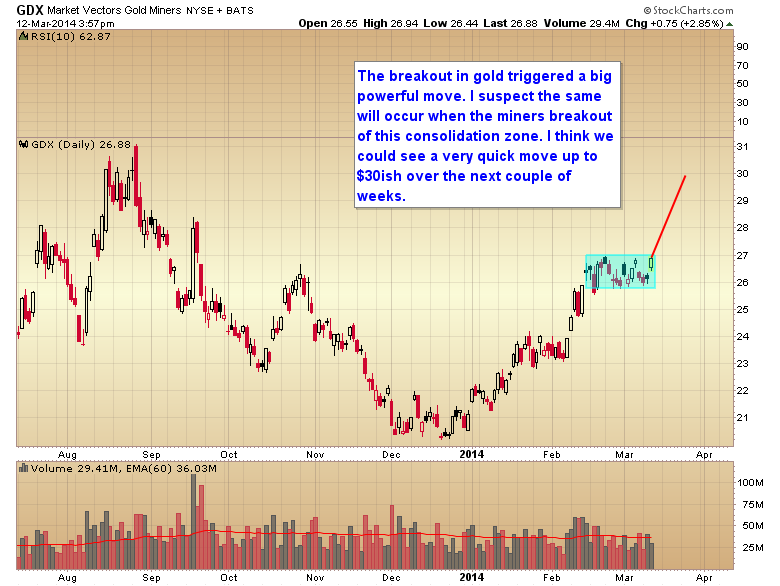 PS: comments have been opened on the blog until the premium site is repaired.