I’ve been thinking about this all night and I find it hard to believe that the first intermediate rally out of a final bear market bottom would fail to at least retrace 38% of the drop. As I noted in the next chart that would be a move to roughly $1460ish. 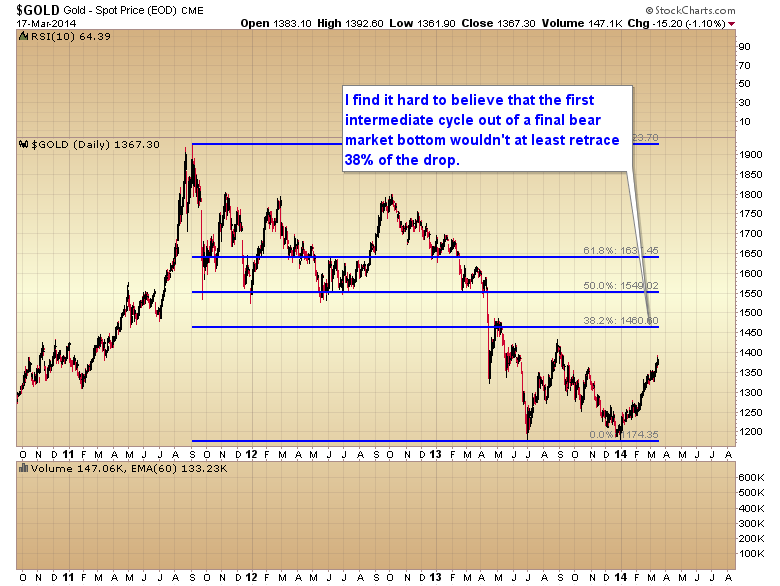 I also find it hard to believe that the first intermediate cycle out of a final bear market bottom would unfold as a left translated cycle.

Granted in a heavily manipulated market anything is possible, but I’ve gotten it in my head that what we may be seeing is a stretched daily cycle in progress that was driven beyond the normal cycle duration by the Ukraine situation.

The other three sector metals look like they are all dropping down into cycle lows here. None of them look like they formed a cycle low 9 days ago, which is roughly where I thought gold had it’s fuzzy cycle bottom. 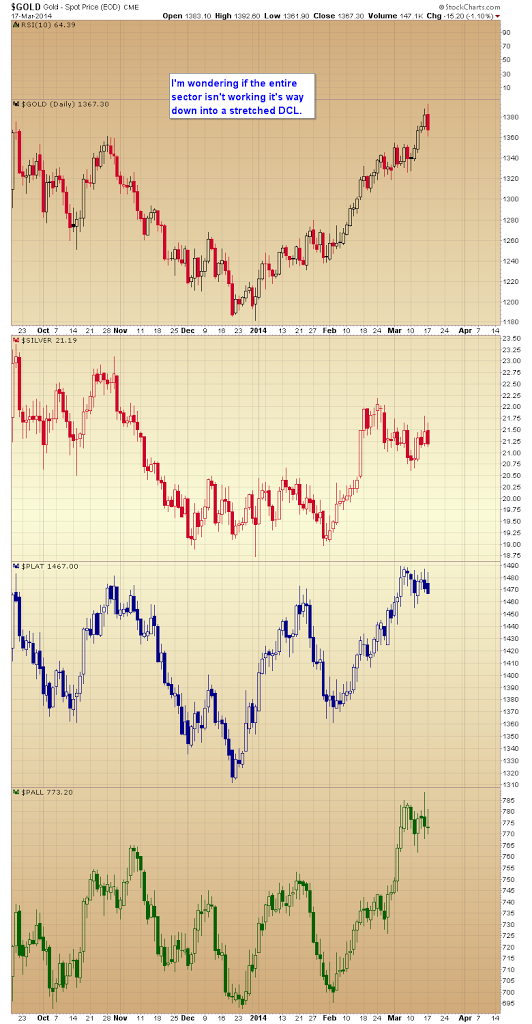 If I’m right then this isn’t day 10, it’s going to be day 32 and a cycle that is that late will form a bottom on the next swing.

In order for this to qualify as a DCL gold would need to break it’s daily cycle trendline, but not break the intermediate trend line. 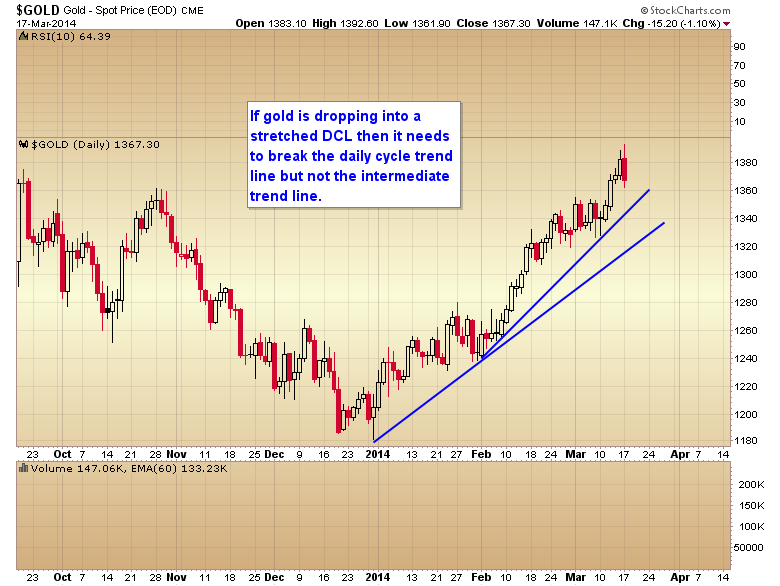 I also think gold would need to retrace at least 38% of the 2nd daily cycle rally. That would be enough to give it a trend line break but still keep the intermediate cycle intact.

If this is going to happen I think it will come on the FOMC statement tomorrow afternoon, and we should see a nice reversal candlestick by the end of the day.

Perhaps we also see a reversal candlestick in the stock market Wednesday afternoon only in the other direction. With the next DCL for stocks due during either the last week of March or the first week of April that would put the inverse relationship for gold and stocks back in place for 2 or 3 more weeks, allowing gold to finish it’s intermediate rally while stocks drop down into their DCL.

So for now I’m going to hold the reduced positions in the metals portfolio and plan on going back to full strength if we get that reversal tomorrow.

I’ll also probably take profits on our half stock market positions right before the FOMC statement comes out at 2:00 tomorrow. The real money will come buying at the next DCL anyway. There’s no need to try to scalp a percent or two this late in the cycle. Today is day 28. There should only be 7 to 12 days left in this cycle. It’s late enough now that we might see a retest of the highs tomorrow followed by a 7 to 11 day slide into the DCL.