Well I’d say the Fed has accomplished their goal. Stocks have clearly reversed from the Ukraine sell off and I’d say the Fed now has the cover to initiate the third taper tomorrow.

I plan to sell our half position into what I expect will be a spike up right after the announcement. That may just end up being a test of 1880, or as I have depicted in the chart maybe a quick test of that 1900 level. But I don’t think it will hold and I think stocks will quickly reverse and drift down into a daily cycle low over the next couple of weeks. That cycle low is where I will buy full positions for the model portfolio. 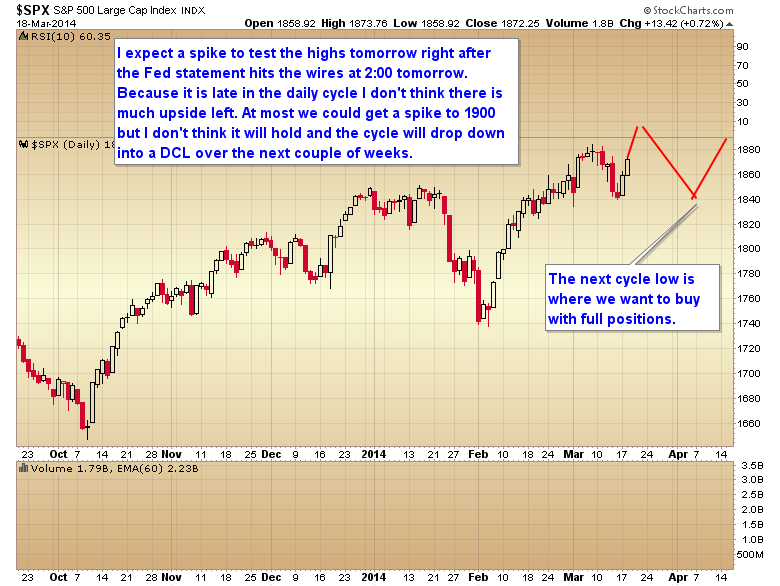 The dollar is forming a tight coil as we head into tomorrows FOMC meeting. 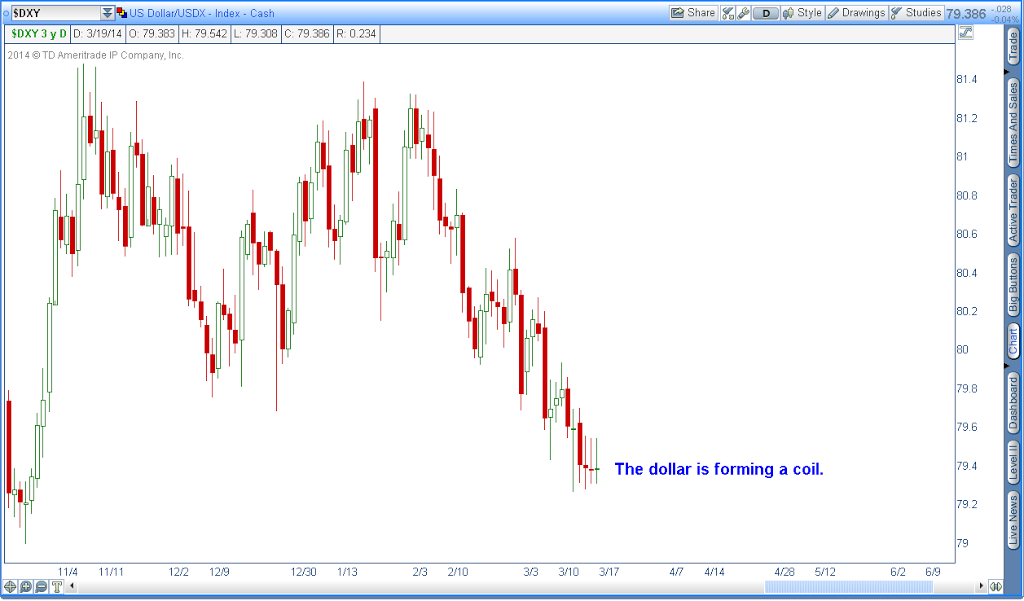 As most of you may remember about 70% of the time the initial move out of a coil will usually end up being a false move that is soon reversed. Given that the dollar is late in it’s intermediate cycle I suspect what we will see is the dollar breaking down very harshly tomorrow on the third taper. But one or two weeks of that and we should reach true sentiment extremes. Enough for the dollar to put in an intermediate cycle low and deliver at least a 4-6 week rally before it gets serious about collapsing down into it’s three year cycle low later this fall. 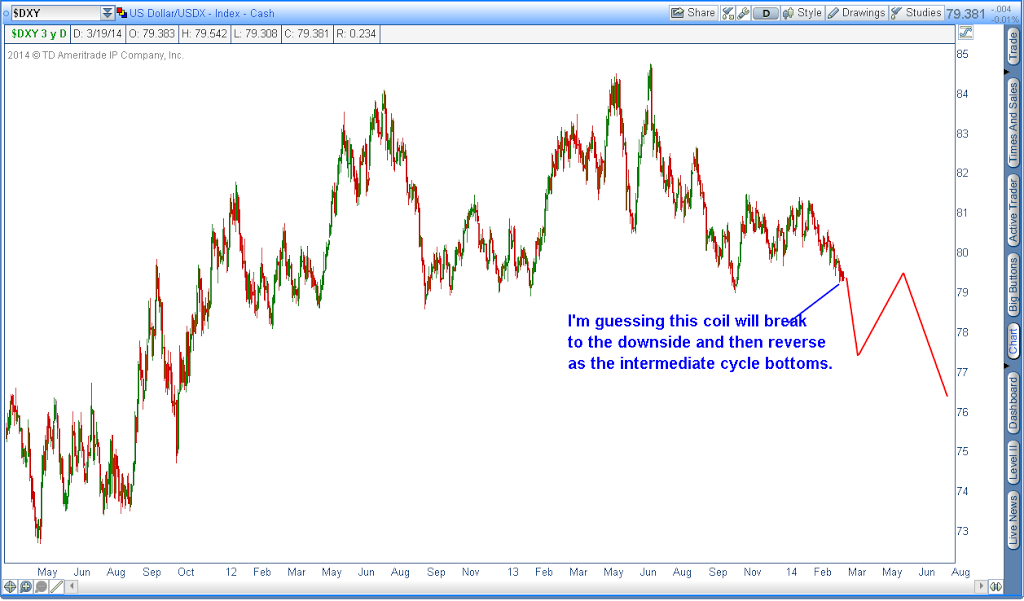 I don’t think I need to go over the plan for gold again. I made it pretty clear in the morning report what I’m going to be looking for tomorrow.

If we get a reversal candlestick that will be the signal to buy before the close. If not then we will wait till gold forms a swing and make sure it doesn’t break the intermediate trend line. If it were to do that then we will lock up the rest of the positions in the metals portfolio and go on vacation for a couple of months while the ICL does it’s thing.