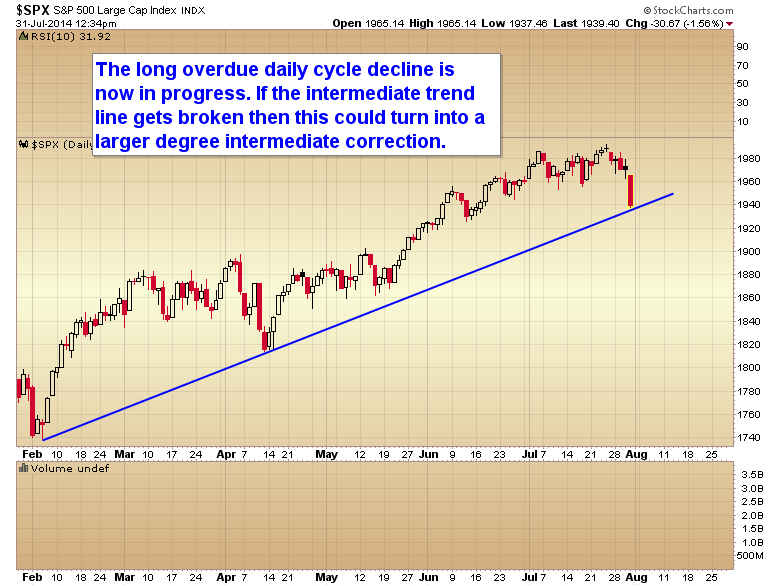 In their infinity wisdom the Fed thinks they have rescued the economy by inflating asset prices and creating a so called “wealth affect”. In reality they have created the conditions for the next Great Depression.

Over the last two years the Fed has increasingly intervened in the market to prevent normal corrective moves. As you can see in the chart below this has allowed the stock market to transition from what could’ve been a normal bull market into a gigantic parabolic bubble. 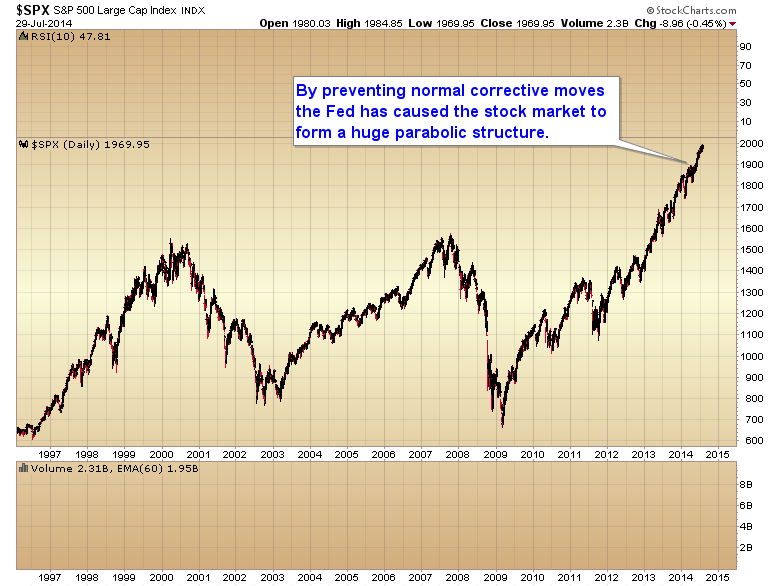 Now it’s just a matter of time as to when the forces of regression collapse this parabolic structure. When they do it will drag the global economy into the next depression.

This is the same process that happened in 1929. The Fed with their easy monetary policy in the 1920s allowed stocks to generate a huge parabolic move exactly the same as what is happening today. In October 1929 the forces of regression finally clamped down and collapsed the parabola. This wasn’t the stock market predicting the depression. The depression was caused by the collapse of the stock market which had simply succumbed to the forces of regression.

The same thing is going to happen to our stock market today. While no one can predict when the exact top will occur, I can predict with 100% accuracy that at some point this parabolic structure is going to collapse. And when it does it will push the global economy into the next great depression exactly as the stock market collapse in 1929 caused the first Great Depression 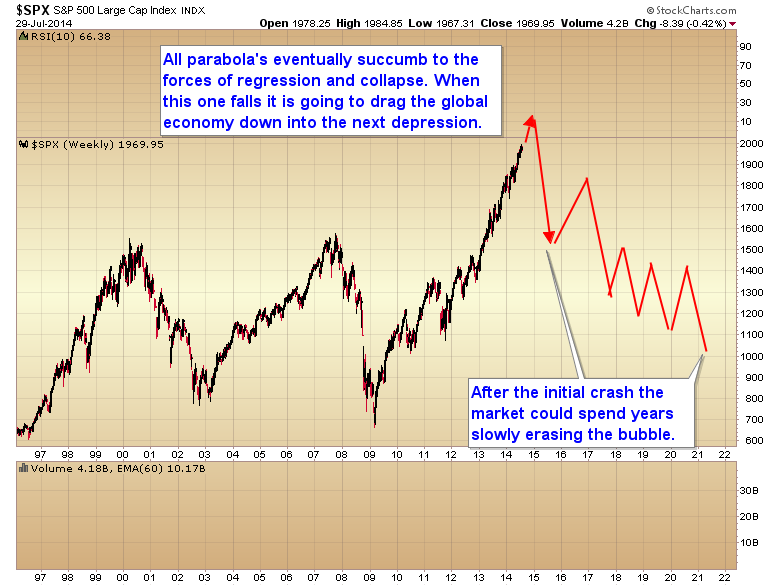 I expect central banks worldwide will exacerbate the problem after the initial crash by printing staggering amounts of money trying to rescue the broken stock market. This will have the effect of extending and prolonging the downturn for many years, and in the process should drive inflation into the commodity markets. 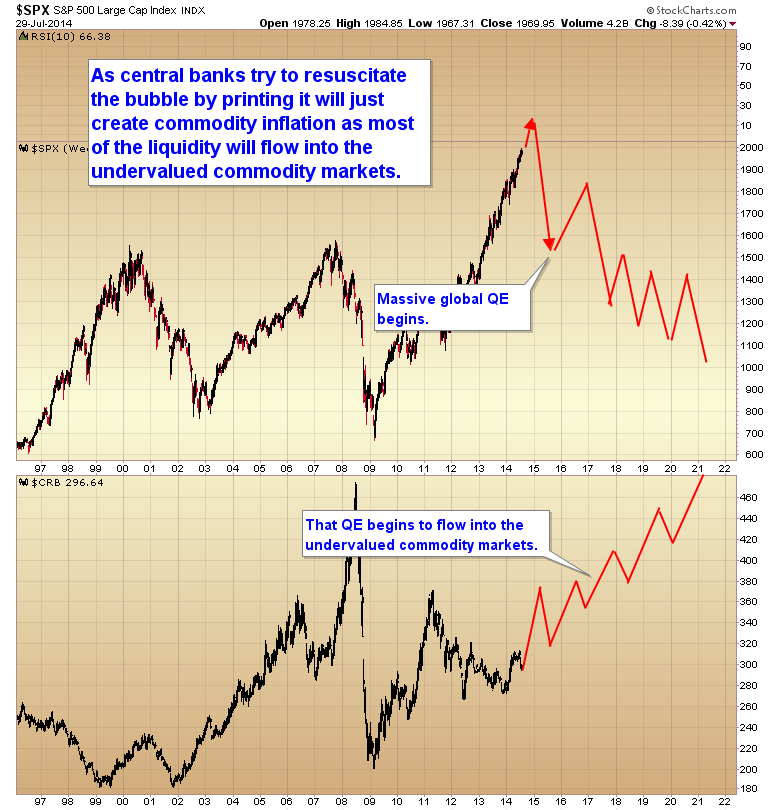 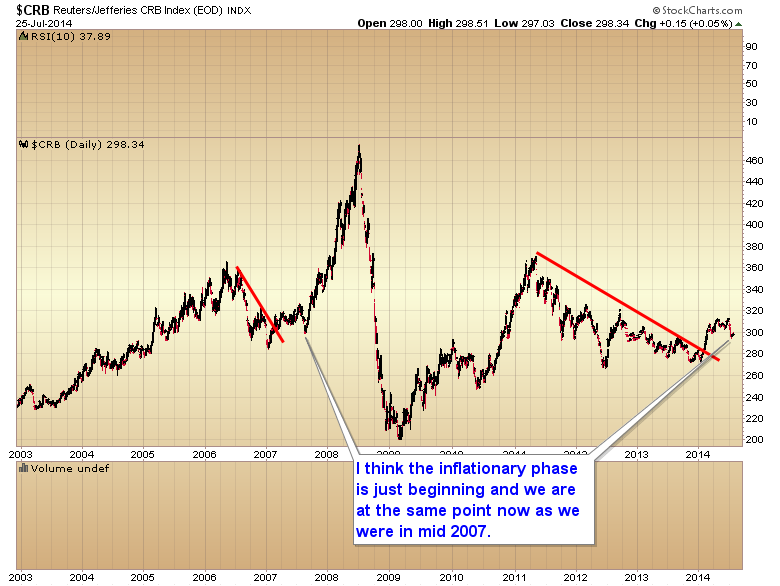 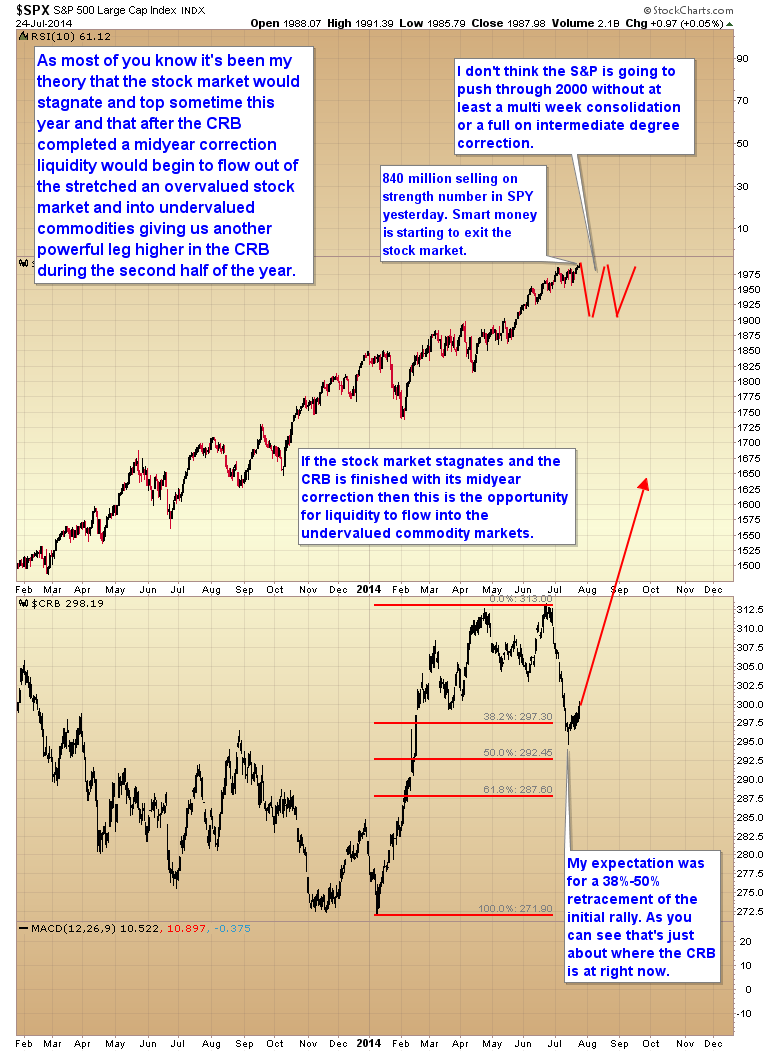 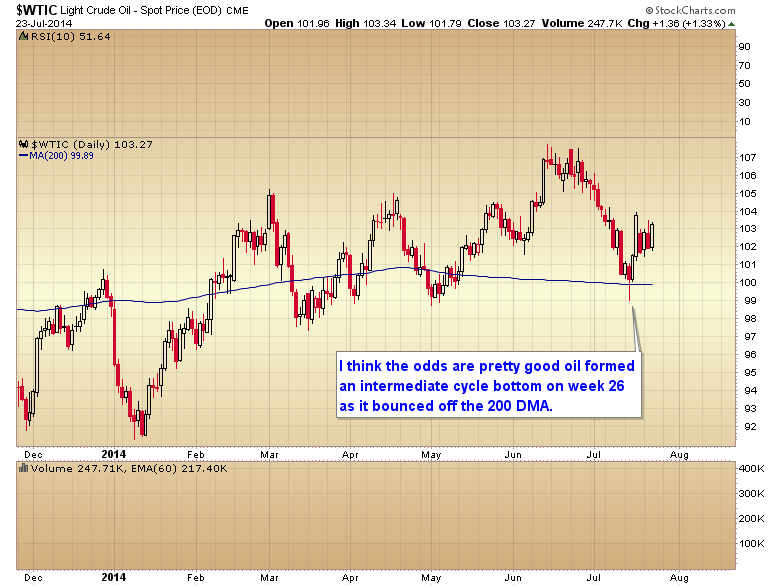 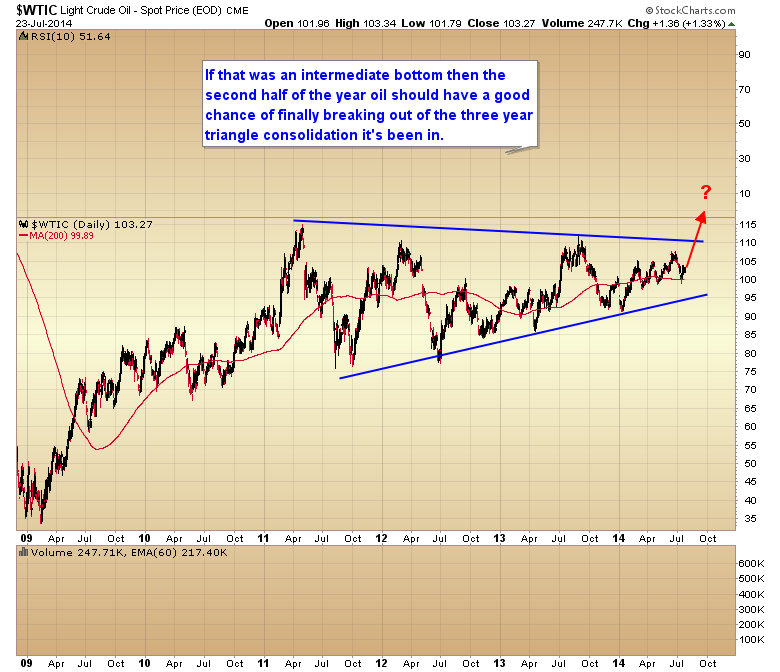 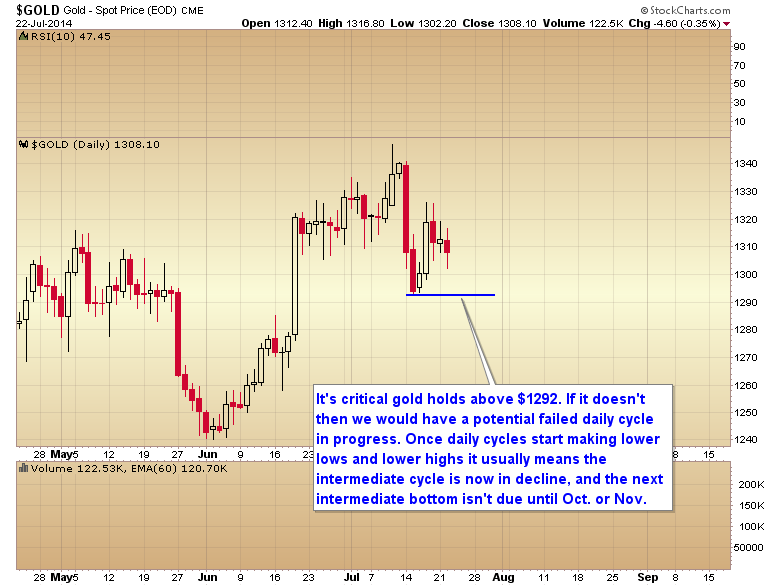 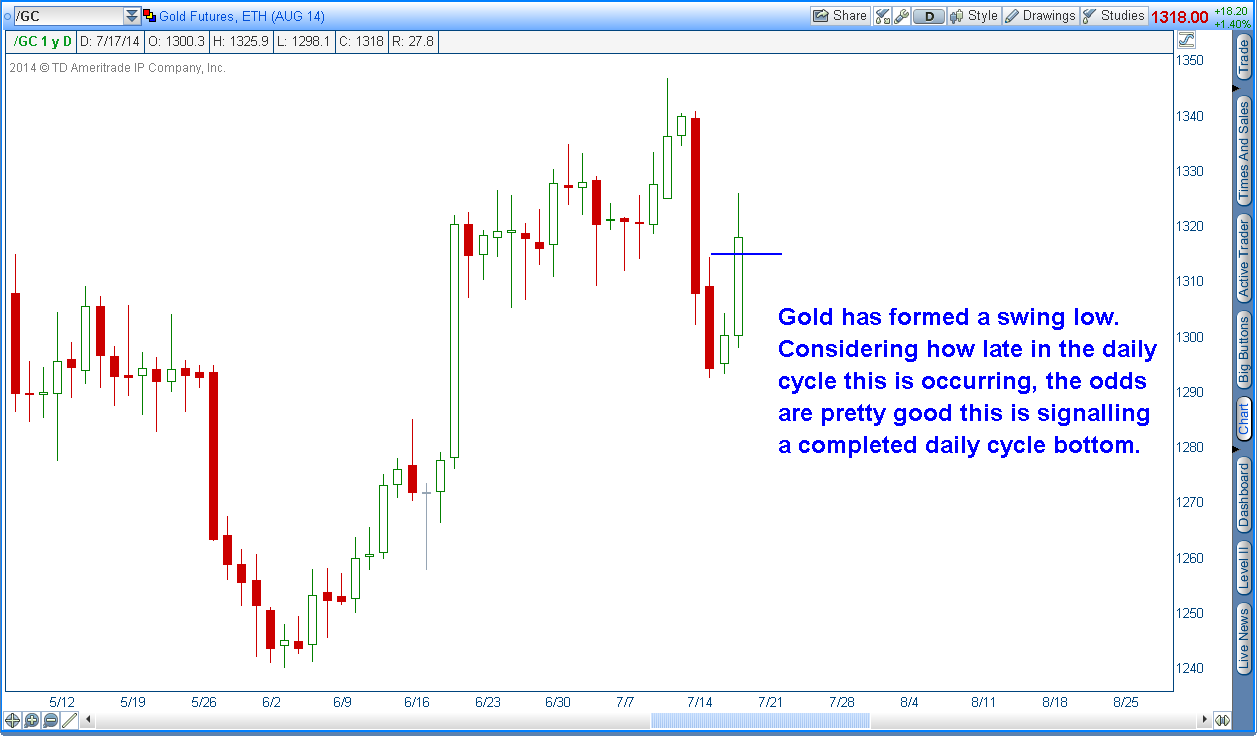 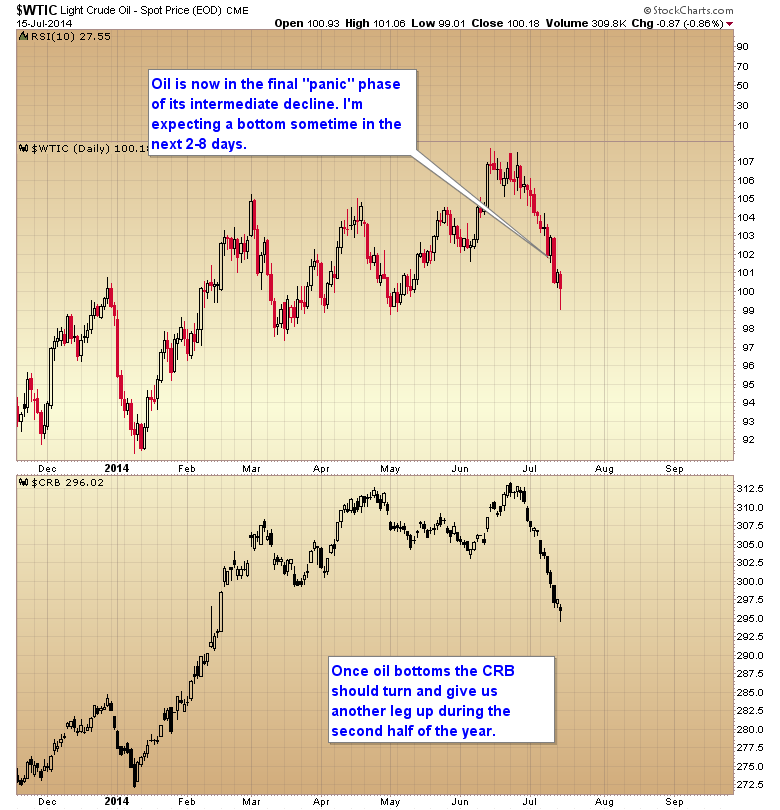 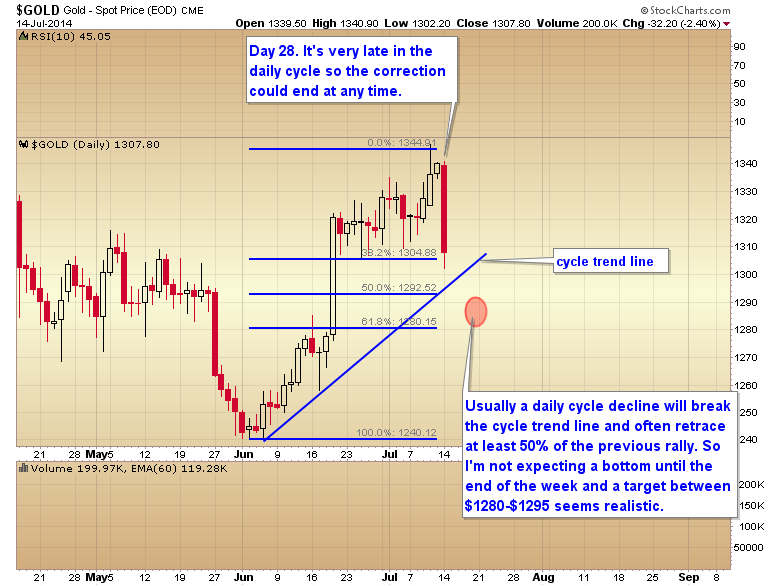 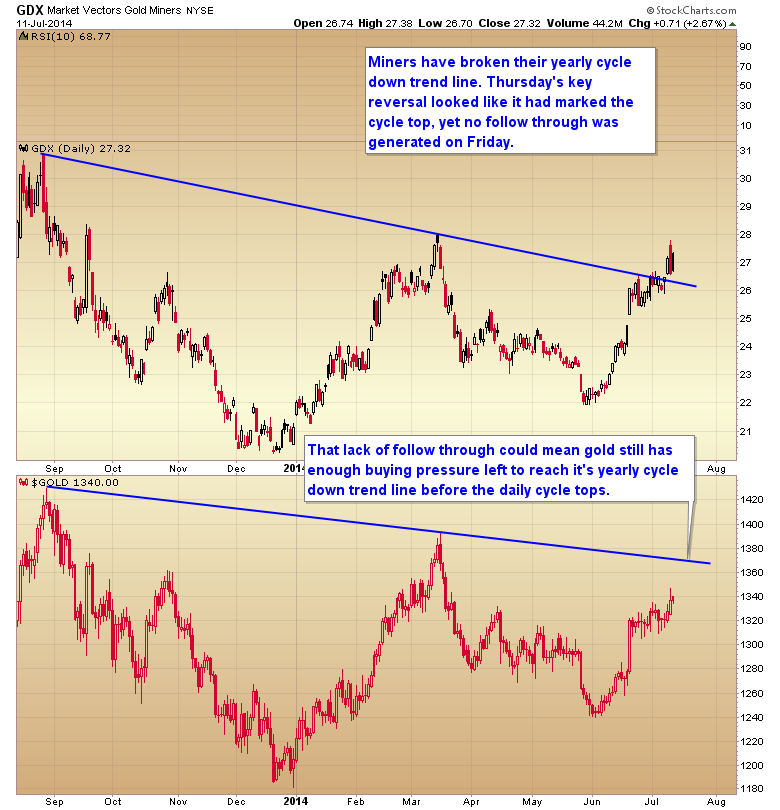 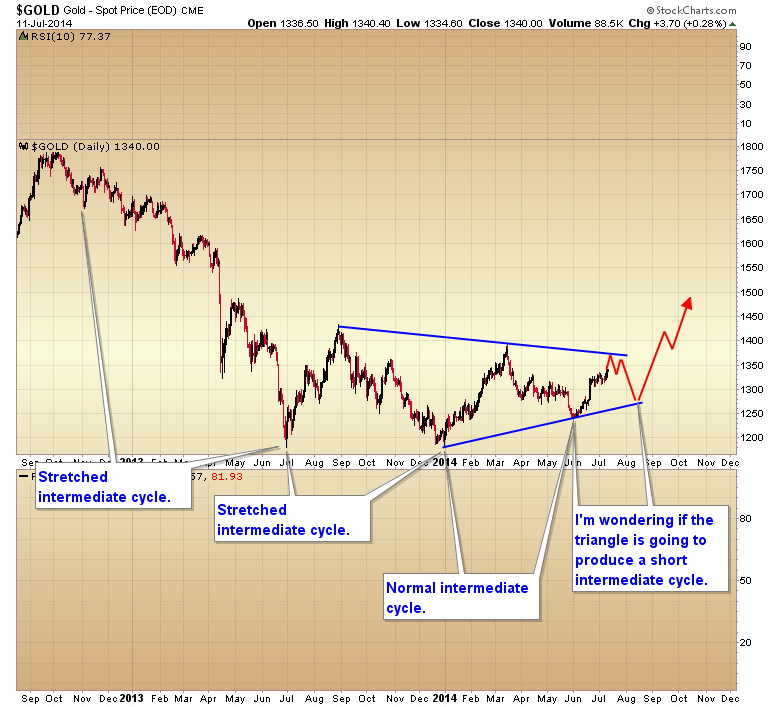