With commodities now moving down into their three year cycle low I’m hearing more and more talk about deflation. This is complete nonsense. Bernanke had it exactly right when he pointed out that any determined government could halt deflation at will with a printing press. As a matter of fact the only mildly deflationary event we’ve seen since 1932 was a brief period during 2008 and early 2009. Bernanke succeeded in stopping it in its tracks almost immediately with QE1. 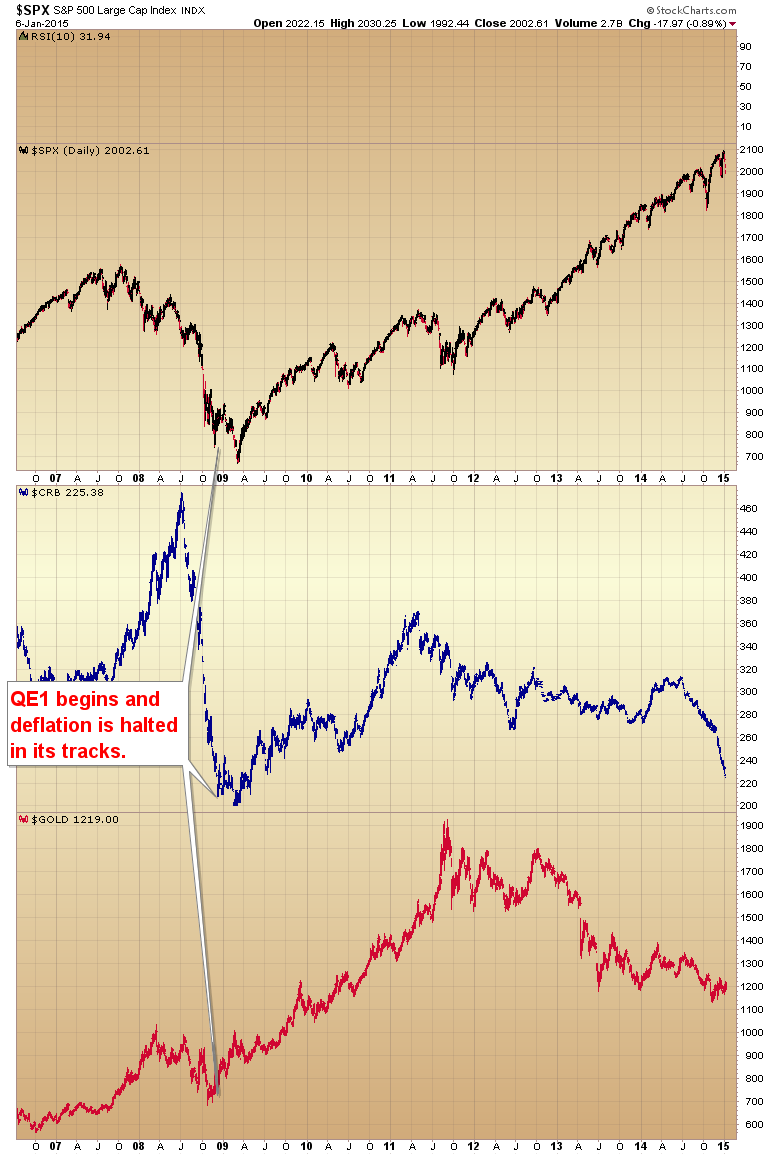 In order to experience deflation there must be debt defaults. That’s what happened in 2008. Now however almost all of that impaired debt has been moved from the private sector onto government balance sheets. Unlike a homeowner, governments can print (counterfeit) money at will, so it is nominally impossible for a government that is able and willing to print unlimited liquidity to default on its debt. For any government with a printing press, deflation is a choice not an inevitability.

if you think about it, there is nothing stopping any government from mailing out checks to its citizens. The central bank would simply print the money out of thin air and the government would distribute the cash as free gift certificates to each and every citizen in the country. Impossible you say? Hardly, as we already did it in 2008. Most of you remember it as a $300-$600 tax rebate, but the reality is that it was nothing more than a helicopter drop.

It was intended to stimulate the economy, but what it actually did was generate a massive global inflation. The price of oil surged to $147 a barrel, and food spiraled out of control causing civil unrest in many Third World countries where people could no longer afford to feed their families.

Here is an even bigger myth. Gold does well in either an inflationary environment or a deflationary environment. That is complete nonsense. Gold performs well during periods of economic stagnation accompanied by monetary expansion. The excess liquidity created by central banks ends up sloshing into the commodity markets as there is insignificant economic productivity to soak up the overproduction of money. Like all other assets gold performs poorly during a true deflation. 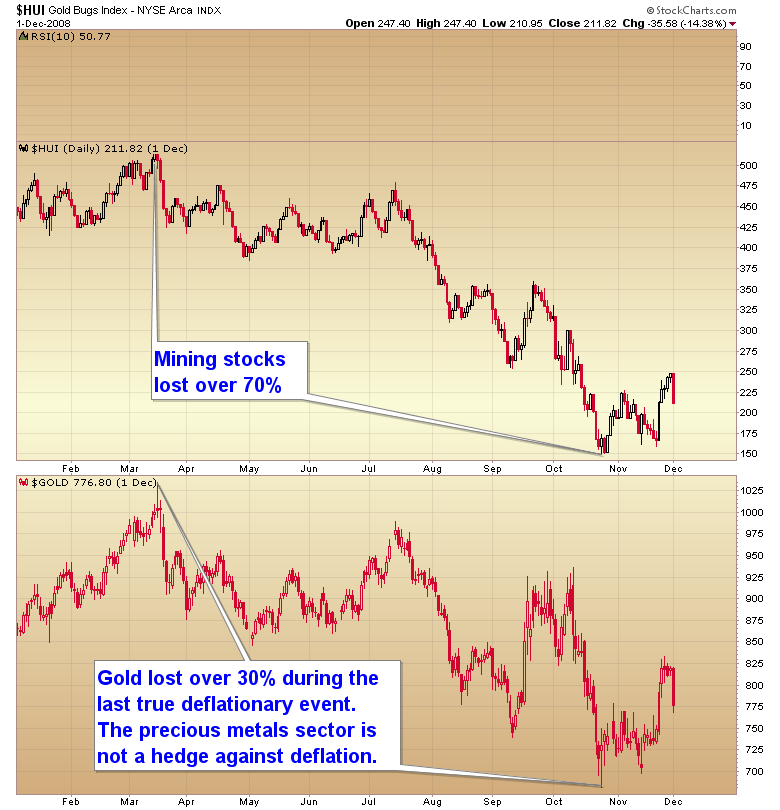 Since 2009 QE has mostly been focused into the banking sector. This is why inflation has been manifesting mostly in the stock and bond market. However, if deflationary pressures were to intensify I have no doubt that governments would again resort to helicopter drops to put free money into the hands of average citizens and not just the banking elite. If and when they do, it will have the same result that it did in 2008 and the liquidity will again flow into the commodity markets.

I realize that the deflation argument is the sexier theory. It’s like an accident or horror film you just can’t take your eyes off. But make no mistake, deflation is only possible when a government chooses to let the money supply collapse rather than sending out the helicopters.

34 thoughts on “THE DEFLATIONARY MYTH”