The main culprit driving the CRB and oil down over the last 7 months has been the powerful surge in the dollar. 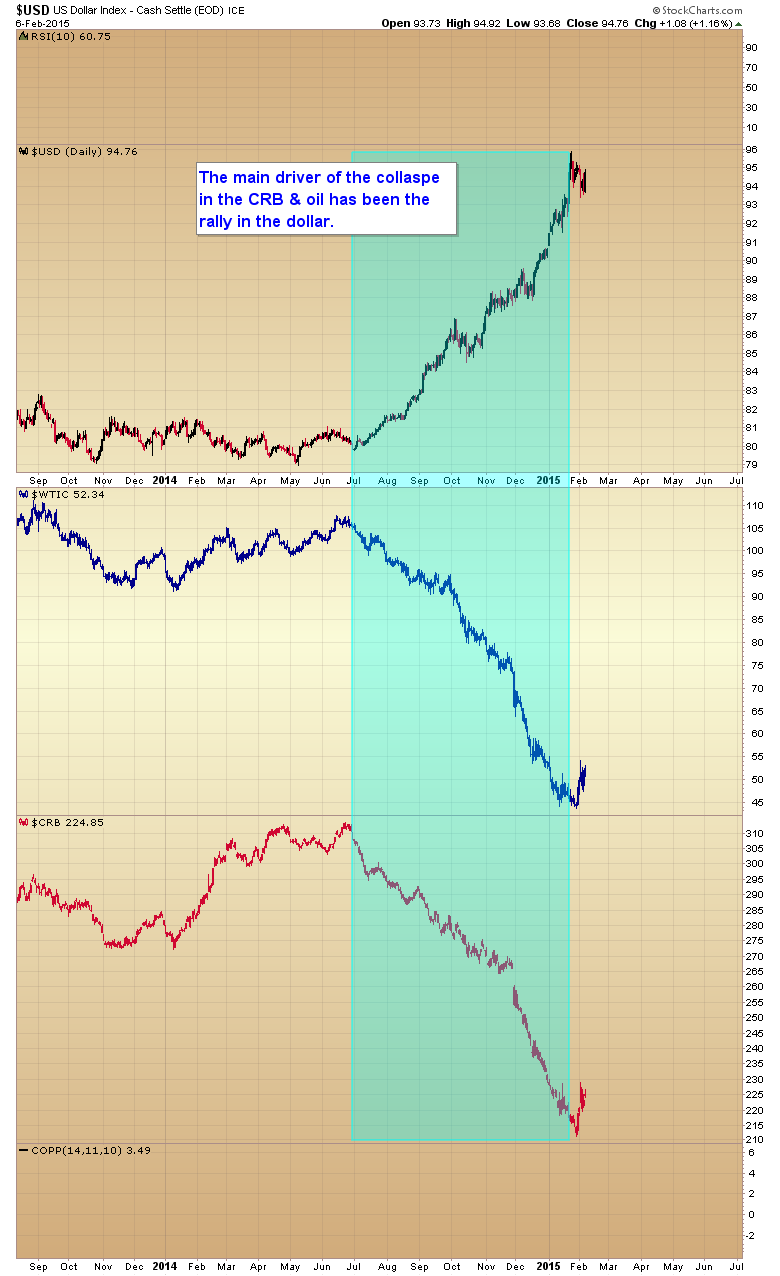 Over the last week oil has shown all the signs of putting in an intermediate degree bottom. It has completed a weekly swing low, along with a classic undercut bear trap reversal. Both are signs that a larger degree bottom has formed. 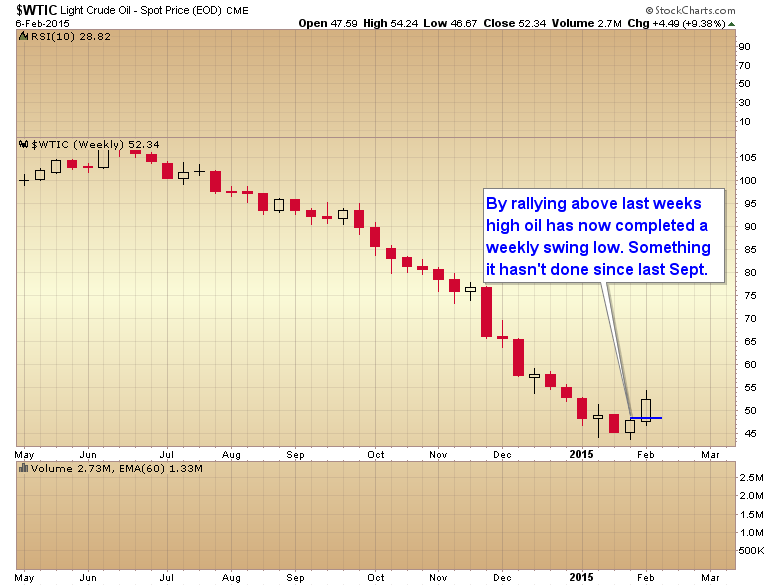 If oil has put in an intermediate cycle bottom like I believe it has, then it should rally for at least 4-6 weeks before topping and moving back down. And if the tight inverse correlation with the dollar holds, that suggests that the dollar is about to take a breather for a few weeks and move down into it’s own intermediate degree correction. 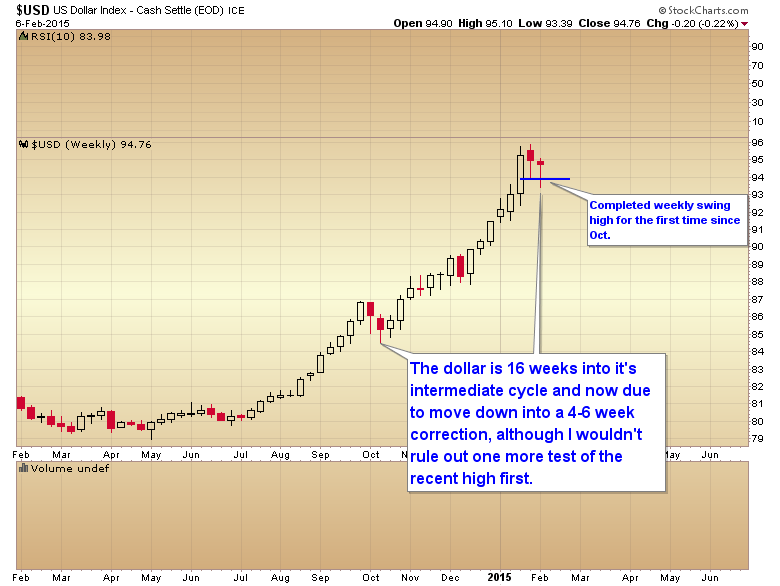 If you compare the two charts you can see oil started to rally almost exactly as the dollar topped. 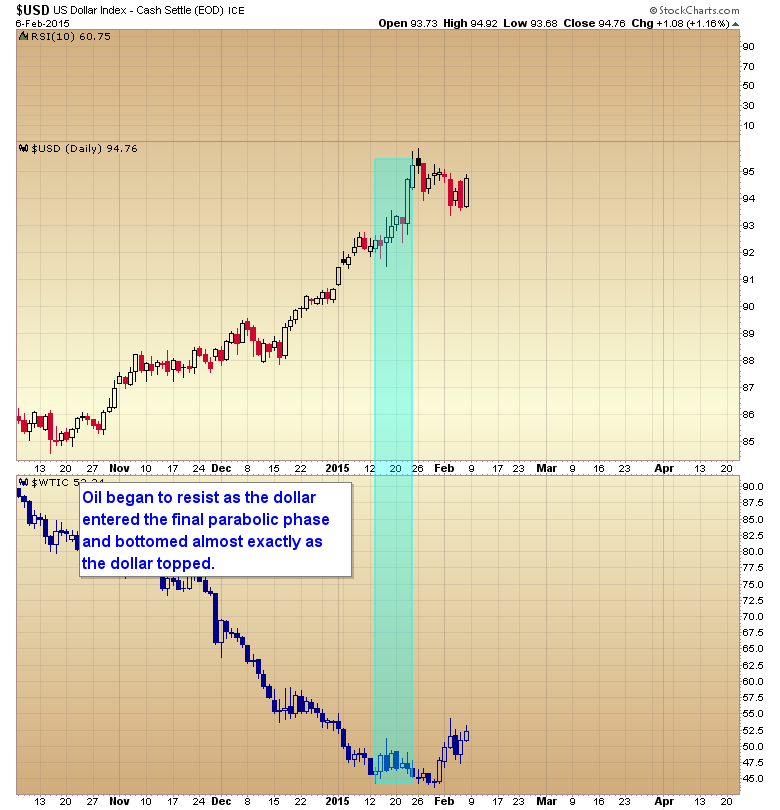 Many other commodities are also bottoming, or have already bottomed confirming this probably isn’t just an energy phenomenon. 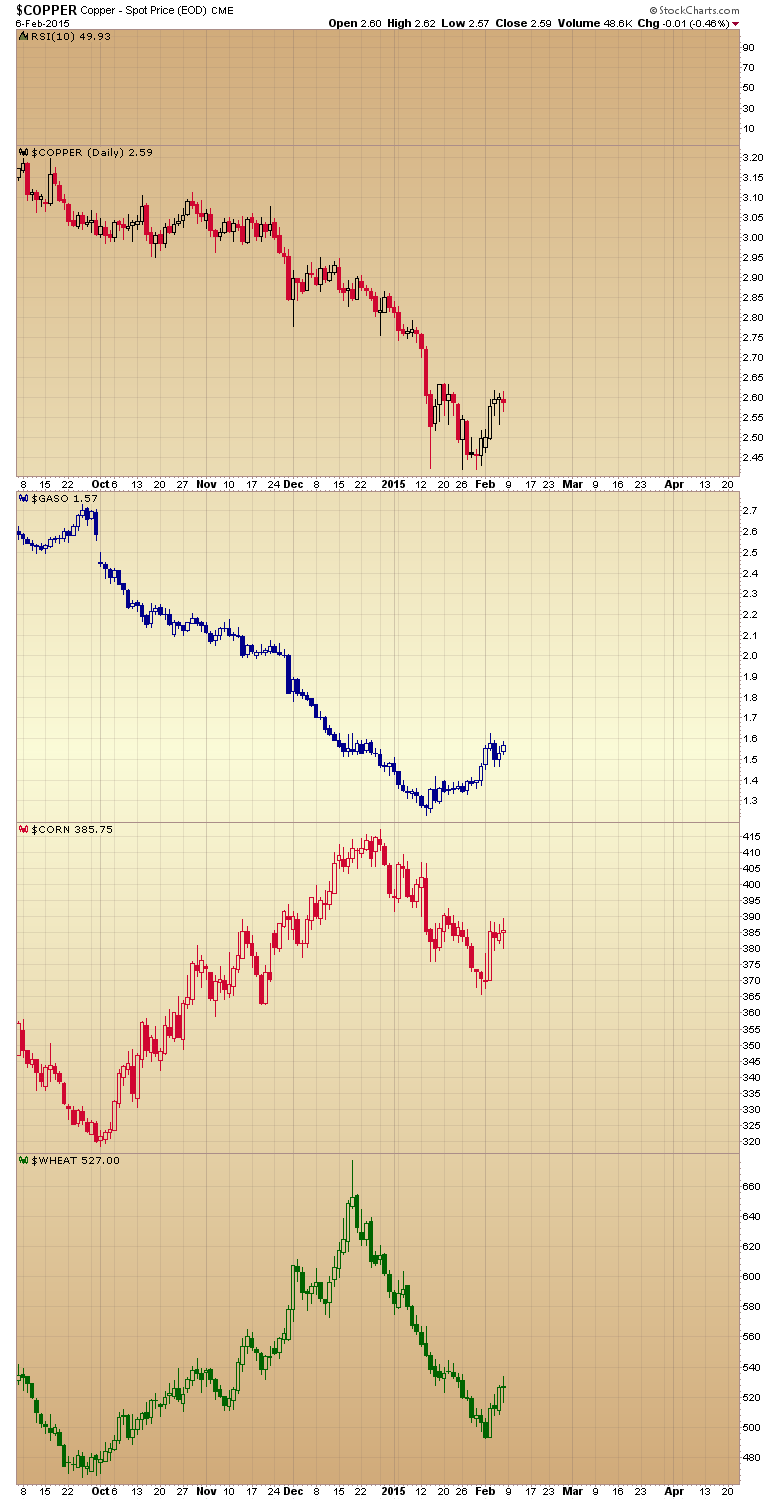 Let me warn though that this is likely just a bear market rally as the final 3 year cycle low isn’t really due till later this year. So I expect once the dollar finds it’s intermediate cycle bottom in March or early April then back up it will go until the euro reaches parity, and back down the CRB will come likely testing the 09 lows before striking a more lasting bottom later this summer or early fall. 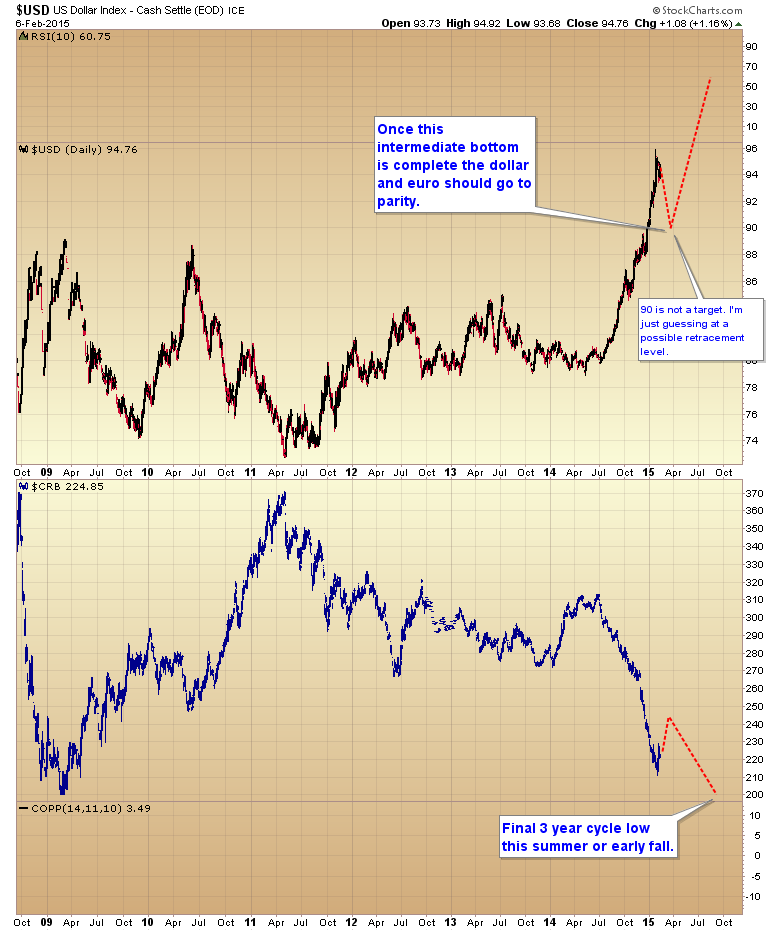 For the next 4-5 weeks though, look for some respectable gains in the commodity sector.

9 thoughts on “HAS OIL FINALLY BOTTOMED?”