History has been pretty clear. When the Fed prints too much money, and holds interest rates too low for too long, it eventually creates a bubble, followed by a market crash. It happened in 2000 with tech stocks. Then again in 2006 with real estate. Followed not long after by a collapse in the banking system. Then a bubble in oil and commodities. And now I would argue we have the beginnings of a bubble in biotech. So the question is will we experience another crash like we did after each one of those previous bubbles? I think the odds are high we will. Especially if the Fed doesn’t immediately end its stock market interventions.

Let me show you what I’m seeing unfold.

Ever since QE3 ended, it’s been my opinion that the Fed has had to intervene much more often in US stock market to prevent it from collapsing like it did in 2010 and 2011 when QE1 and QE2 came to an end. These interventions are going to come with a price. By not allowing the market to correct naturally the Fed is causing more and more complacency to build in the market, and complacency is what triggers a market crash. 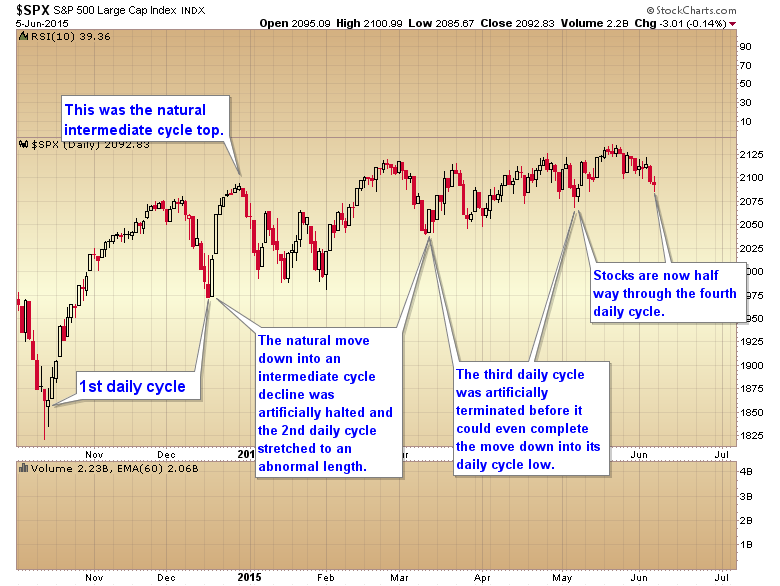 The current daily cycle needs to be allowed to move down into an intermediate degree correction over the next 3-4 weeks. At a bare minimum the market needs to drop back and at least test the 62% Fibonacci level at 1940. 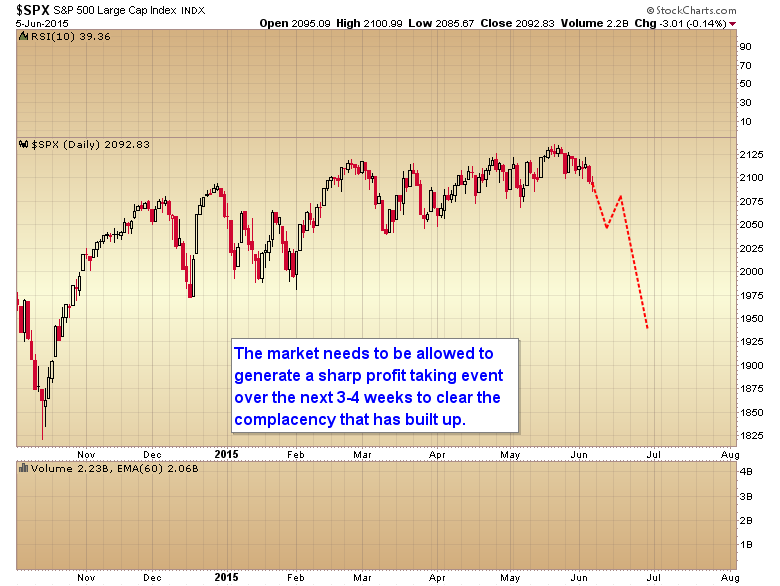 Now here is where the risk of a market crash appears. If the Fed continues to intervene and prevents this fourth daily cycle from producing a strong corrective move over the next several weeks, if they stretch the intermediate cycle to include an unprecedented fifth daily cycle, then there will be no escaping some kind of crash event this fall. You just can’t hold back the natural forces of the market forever without unleashing serious consequences.

So here’s what needs to happen. The correction that started on May 22 needs to accelerate next week, and at least make it to the major support zone at 2040 before bouncing. 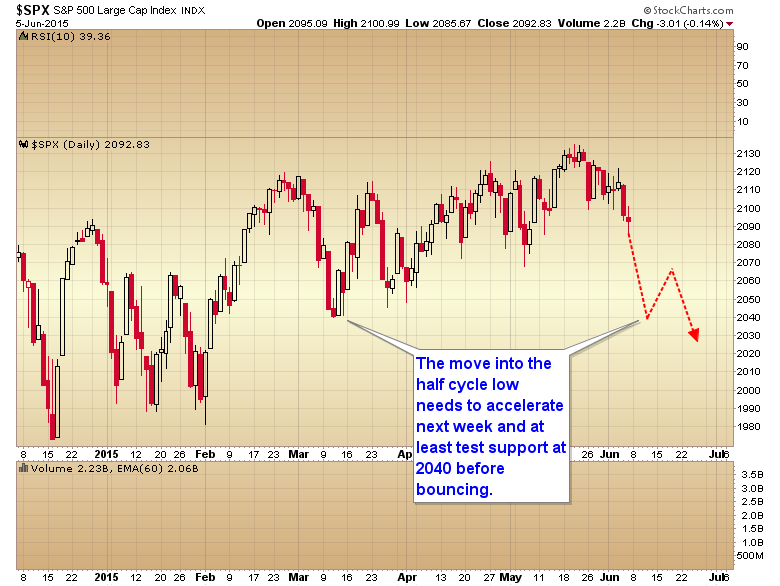 If the Fed intervenes again on Monday, and turns the market back up, then there is risk that the daily cycle is going to run out of time to produce an intermediate degree correction. If that happens then it would require a fifth daily cycle before the intermediate degree correction could occur. Intermediate cycles don’t naturally stretch to 4 daily cycles much less 5. If the Fed continues to intervene in the markets and forces and unheard of 5th daily cycle, there is no doubt in my mind that the consequences will be a violent crash event this fall as the pent-up corrective forces finally overwhelm the manipulation keeping the market artificially propped up. 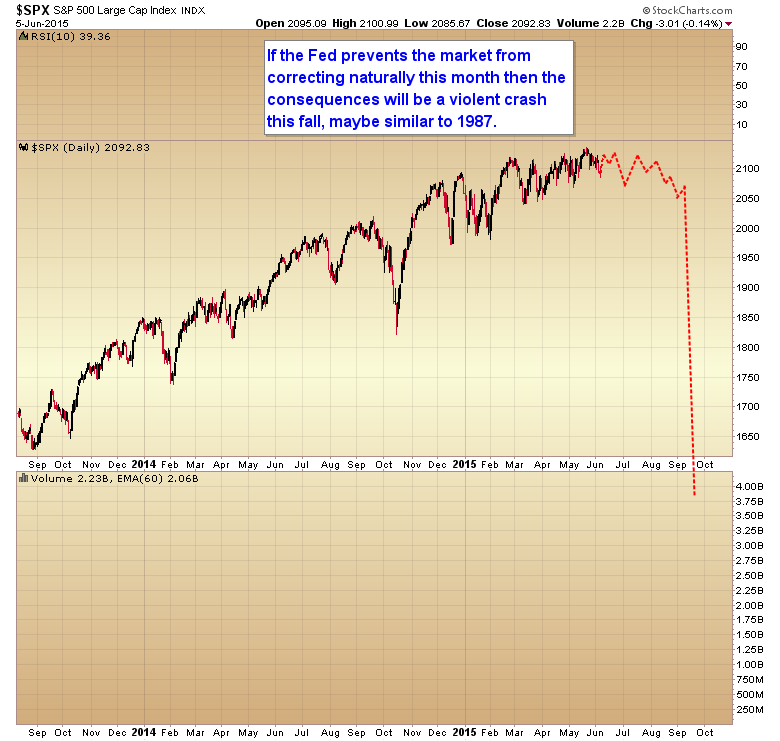 And don’t forget that the seven-year cycle low has to at least break the cycle trendline to qualify and meet the parameters of a multiyear cycle low. That means the crash would be deep enough to test the 2000 & 2007 tops at 1550. 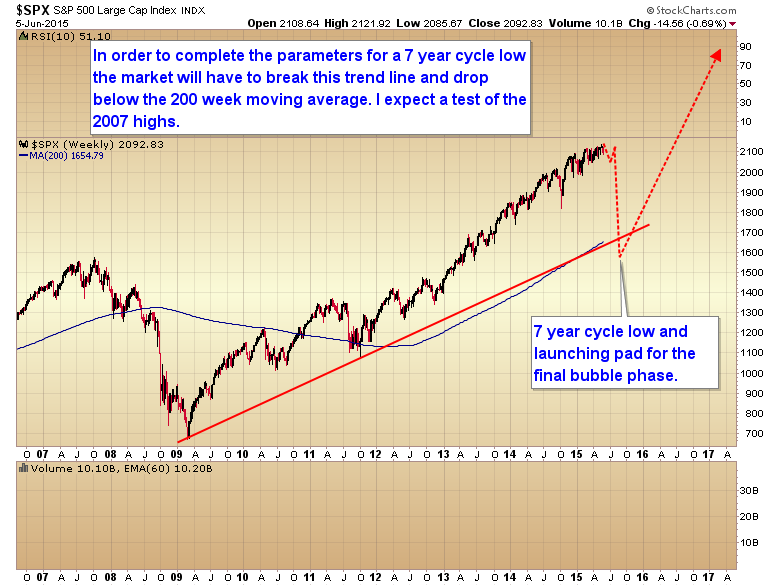 So unless the Fed wants to deal with another 1987 style crash this fall, they need to immediately end the manipulation preventing the market from undergoing its natural corrective patterns.