I would say without a doubt the most lopsided trade in the world right now is the long dollar trade. Virtually everyone has become convinced that the dollar is going to 110, 120 or even 160.

So let’s take a look at this “one way” trade. 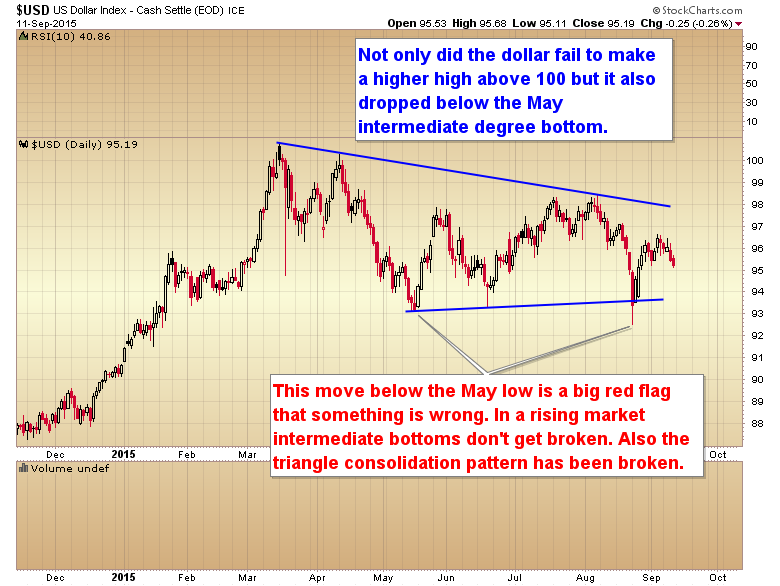 Next let’s look at the two largest weighted currencies that make up the dollar index, the euro and yen.

For a currency that we’ve been told is going back to par, I have to wonder why it’s making higher intermediate highs & higher lows, regained the 200 day moving average, and broken the year long down trend line. 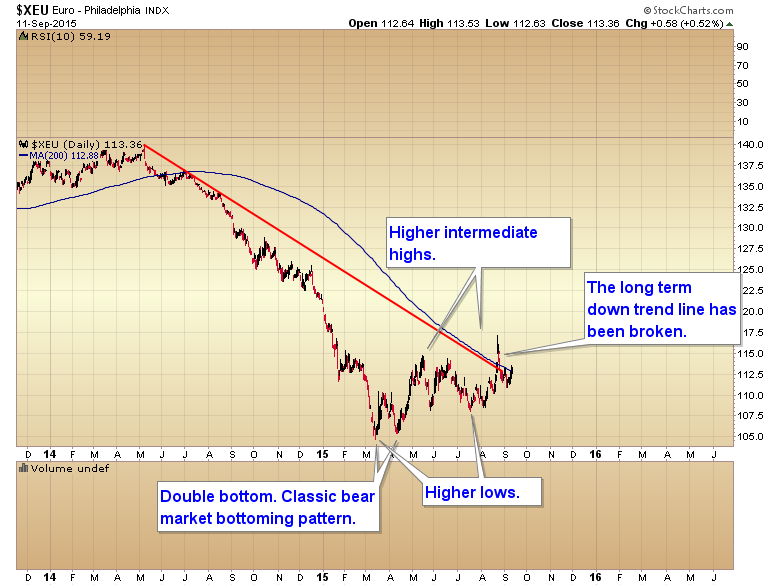 The same thing is manifesting in the yen. A major multi-year down trend line has been broken and the 200 DMA recovered. 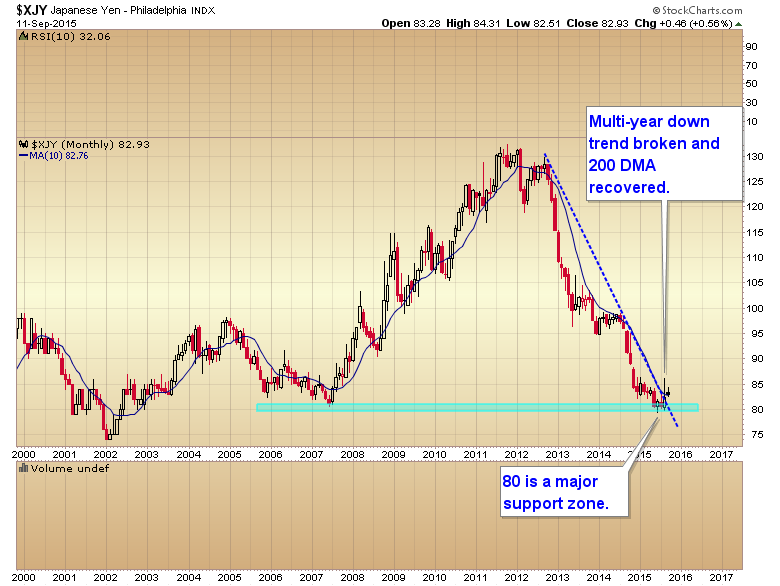 If these two currencies are bottoming then the dollar is topping. 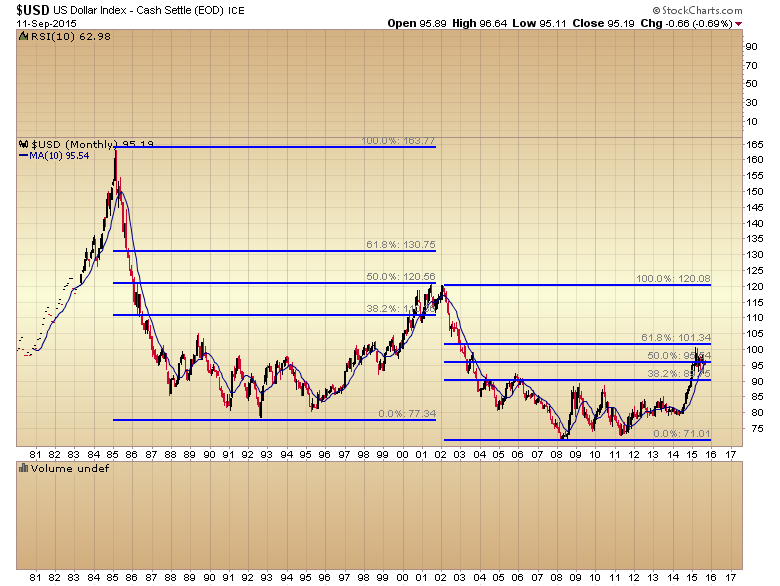 Now let’s go back and take a closer look at the dollar cycle. First note that the last intermediate cycle low occurred in May. The most recent low occurred in August on week 15. Week 15 is generally too early for a final intermediate cycle low. They usually take 20-25 weeks before bottoming. Also note that the dollar has not been able to recover the 10 week moving average. 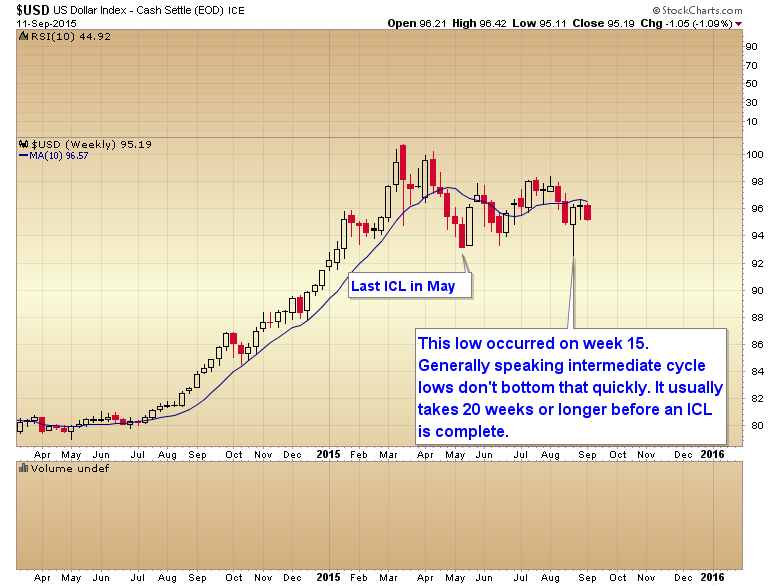 This is suggesting that the dollar isn’t done going down yet. It should have at least one more smaller daily cycle down before the larger intermediate cycle bottoms.

Now let’s go to the daily charts and we see that indeed the current daily cycle appears to have topped on day 8 having failed multiple times to regain the 50 DMA. A top on day 8 indicates a left translated cycle is now in progress. Left translated cycles almost always drop below the previous cycle low. That means the dollar is now highly likely to fall below the August lows. 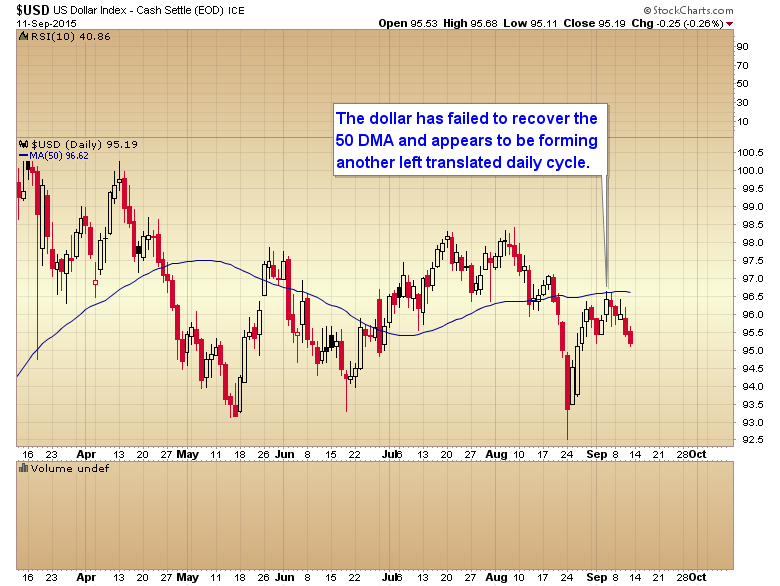 Now here’s the thing. Almost no one is prepared for the dollar to drop. Everyone is convinced the dollar is going higher, and everyone is positioned long. Everyone is on the same side of the boat. When that happens invariably the boat tips over.

So here’s what I think is going to happen. the dollar is going to continue down in this left translated cycle, and at some point its going to break through that August low. When that happens the currency markets are going to panic because no one is prepared for the dollar to drop. It will trigger a waterfall decline that will at the very least test the breakout at 88-89. But it may be worse… 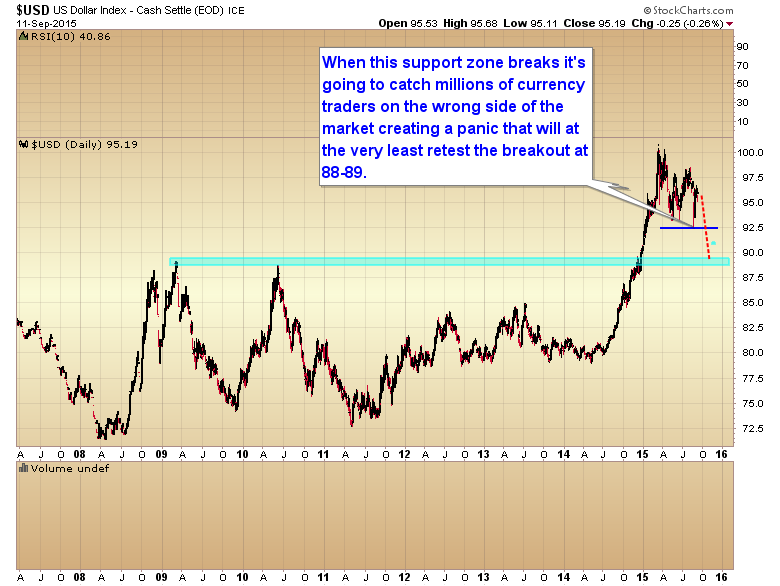 As I have noted before intermediate cycle lows in stocks almost always correspond with either a top in the dollar cycle or a bottom, then we can probably assume that the final 7 YCL in the stock market is going to occur in conjunction with the crash in the dollar. 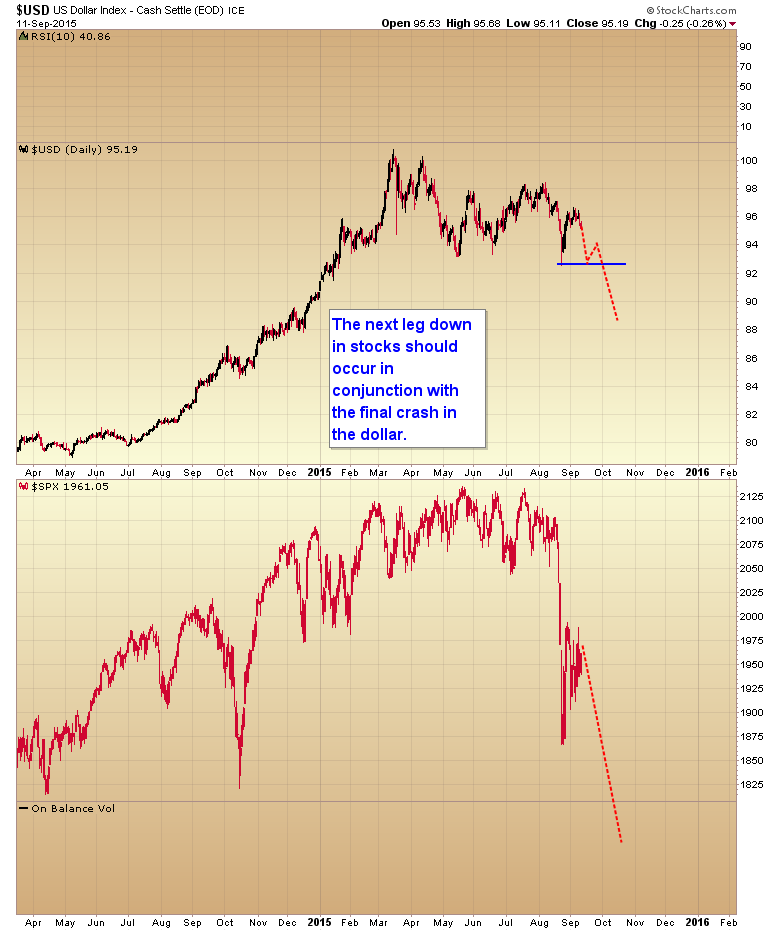 And as the Fed continues to intervene in the markets they are virtually guaranting there will be a second crash in October. I’ve said all along that all the interventions this year to prop up the stock market would just cause a crash, and sure enough that is exactly what has happened. They haven’t learned their lesson and further interventions will just exacerbate the next leg down. 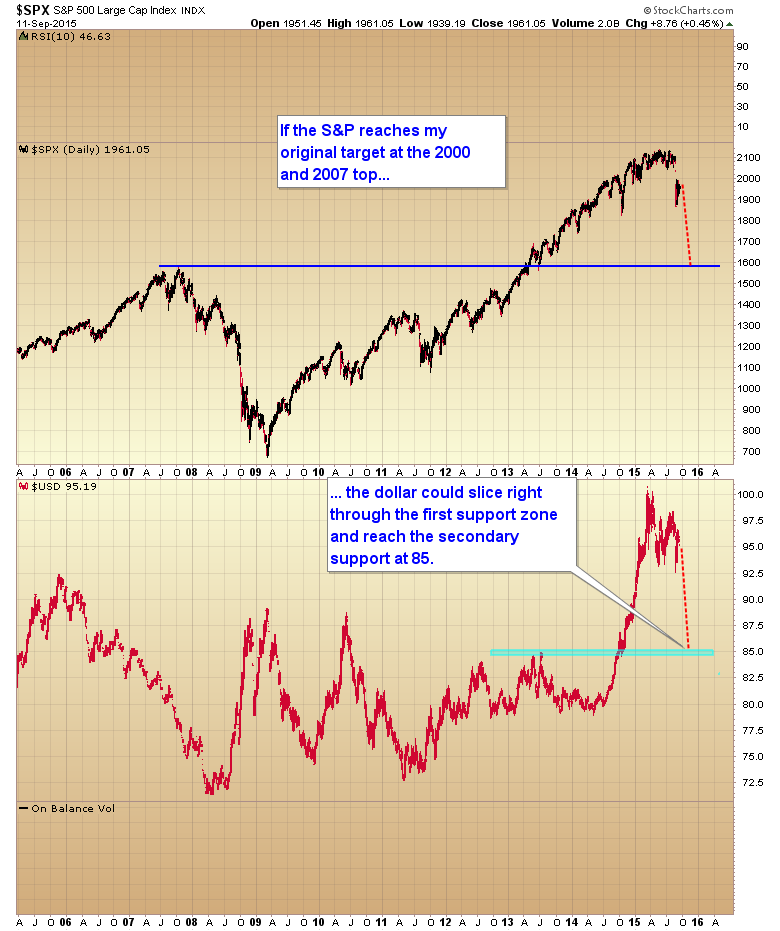 Now you see why I think that commodities may have found their 3 year cycle low. 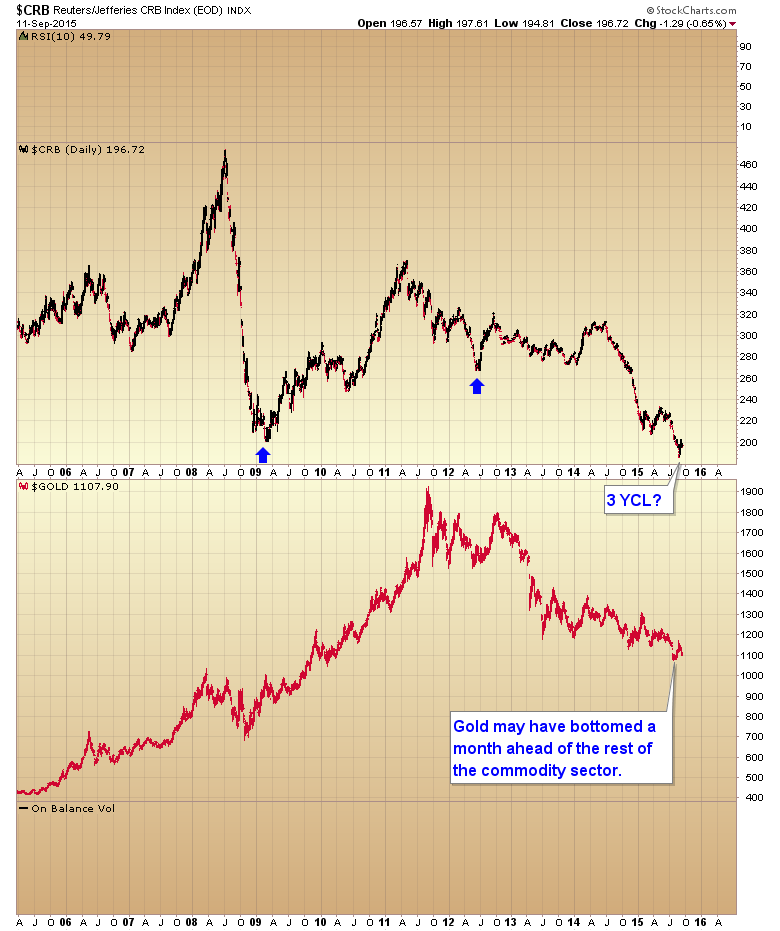 The next leg of the commoditiy bull market was never going to be driven by fundamental supply and demand. It was always going to be driven by the currency markets. So it makes no difference if there is an oversupply of oil. All that matters in the years ahead is that there will be an even bigger oversupply of global currency units. While all commodities should benefit, gold and silver should benefit the most, and the mining stocks are now in position to generate one of the largest bull markets in history.

22 thoughts on “THE MOST LOPSIDED TRADE”