As most of you probably know the largest rallies occur during bear markets. They tend to be very aggressive and powerful. This is how one can tell the difference between a countertrend rally in a bear market and a rally in a new bull market. I’m going to suggest that the gold market is no longer acting like the typical bear market. Let me explain.

Notice how during every bear market rally over the last 3 years, the 2nd daily cycle, and sometimes the 1st daily cycle, launch higher very aggressively turning traders bullish very quickly. Once sentiment reaches 40 to 50% bulls, the rally runs out of steam and the next leg down begins. Typical bear market rally type behavior. 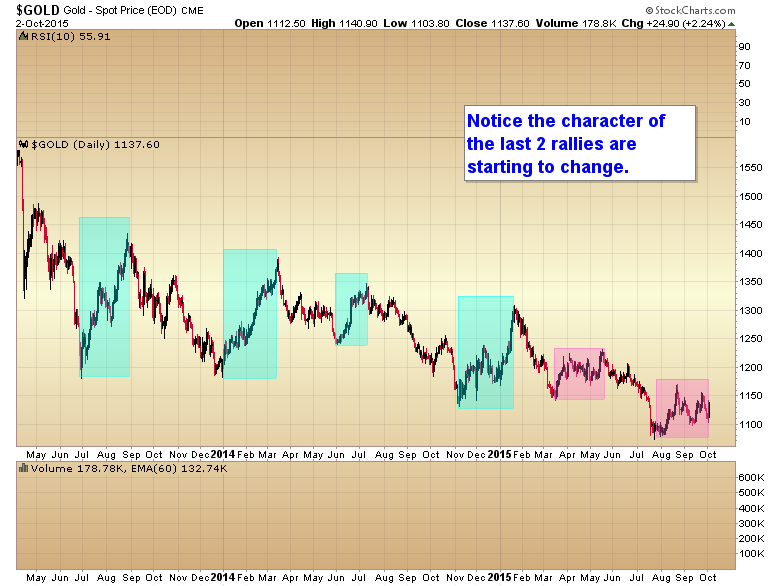 That’s what bear market rallies do. They rally fast and hard and get traders bullish quickly. The job of a bear market rally is to reset sentiment so the next leg down can begin. 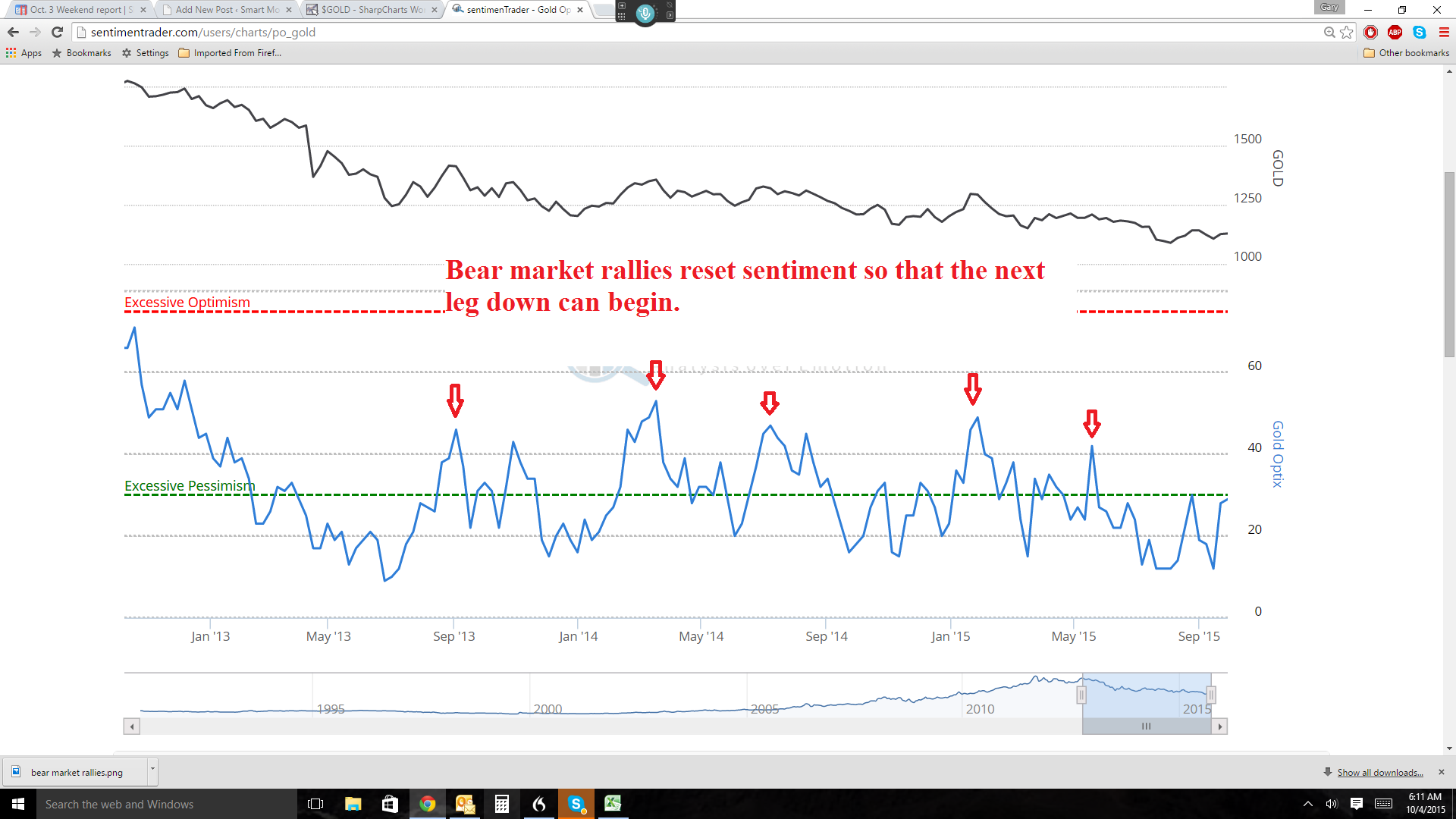 As this rally began back in July my assumption was that it would just be another bear market rally. However, this is not acting like the typical bear market rally. Instead of launching aggressively higher and quickly converting traders over to the bull camp, this rally seems to be doing everything it can to keep traders either on the sidelines, or short. Instead of the typical aggressive countertrend rally, gold has entered a triangle consolidation pattern. That is a character change from what we’ve seen in the past. 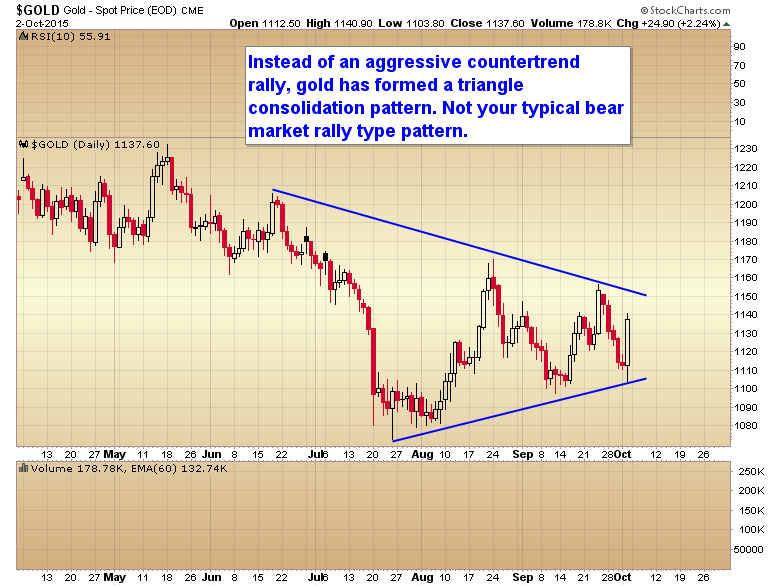 Also of note; gold is 11 weeks into this rally and sentiment still hasn’t even been able to rise out of excessive pessimism levels. If this is a bear marrket rally it’s not doing what it needs to do to reset sentiment, and generate the fuel for another leg down. 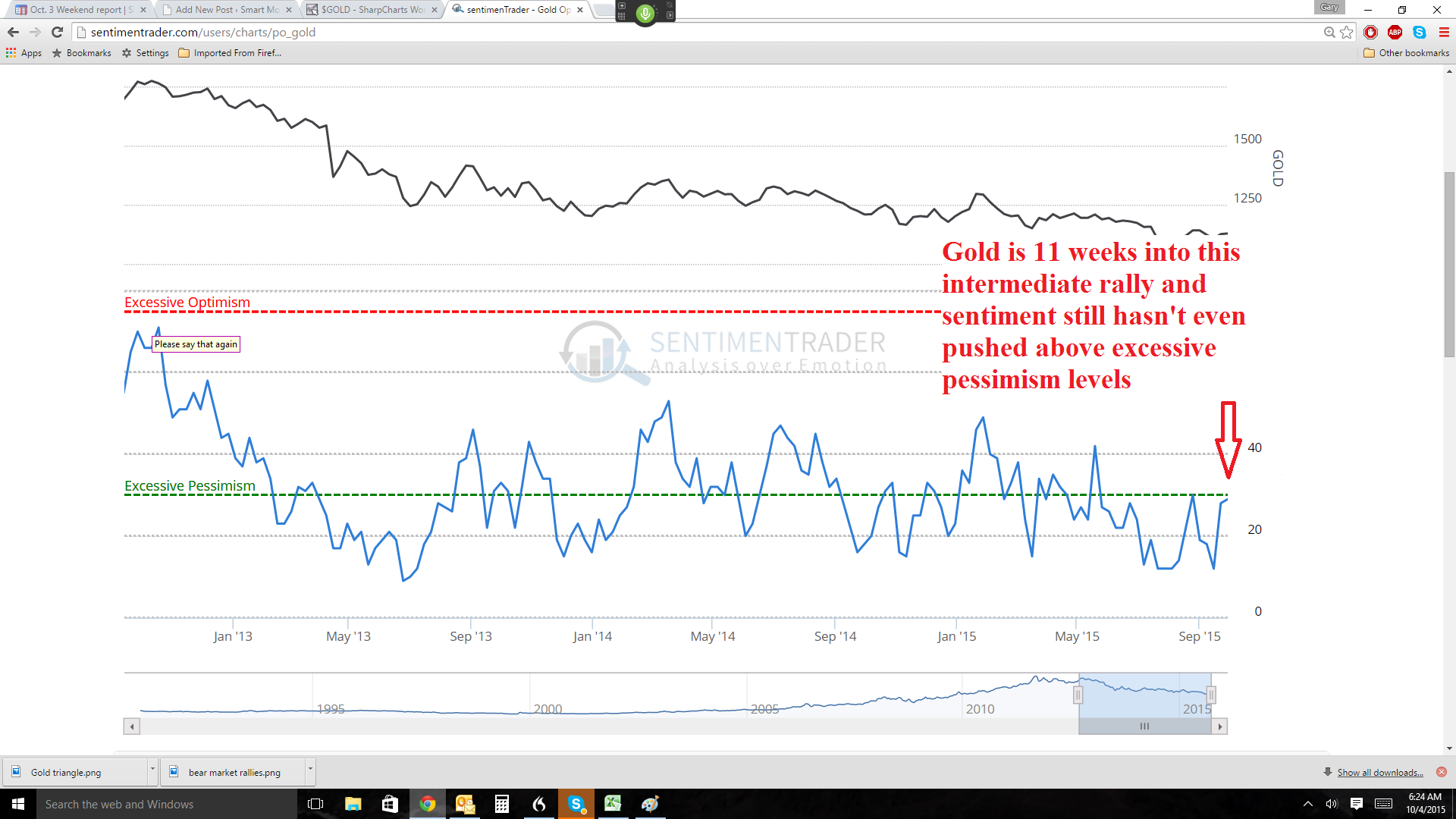 As a matter of fact, I would now argue that gold is starting to behave more like a bull market climbing a wall of worry, than a bear market rally trying to generate enough bullish sentiment for another leg down. 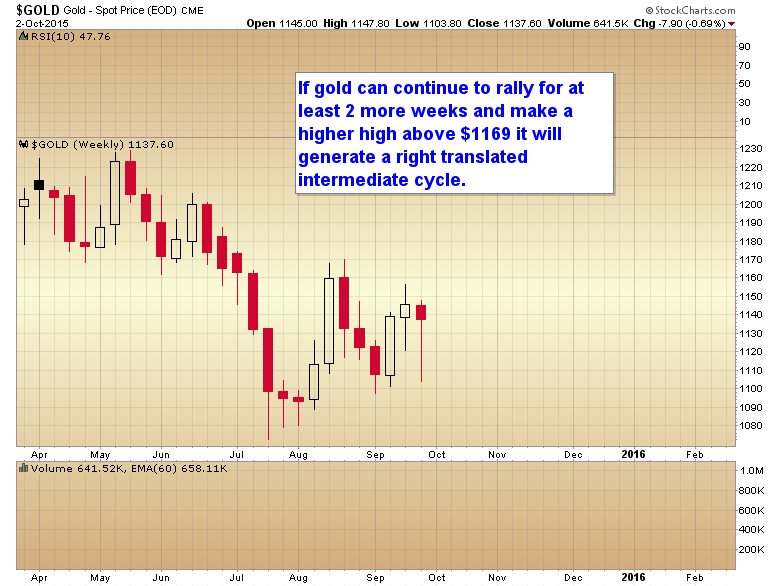 Looking at the long-term charts I have noted in the past that gold has a habit of coming up slightly short of traders targets. In 2011 everybody  became convinced that gold would reach the magical $2000 level. It came up a little short and caught everyone long. I think it’s safe to say the bear market has convinced everyone that gold is going to reach $1000 or lower. I wonder if gold didn’t just throw the bears a curveball also and come up a little bit short at $1071. 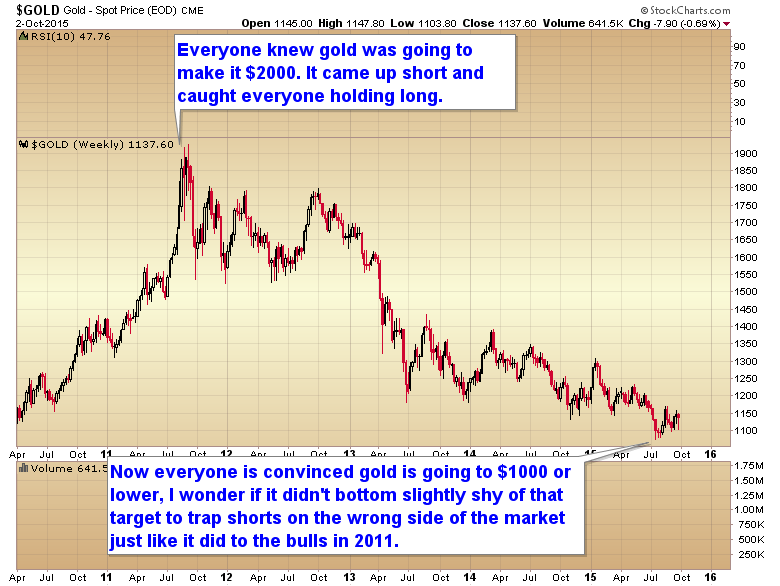 Now take a look at the long-term mining index charts. The HUI dropped just far enough to test the major support level at 100… 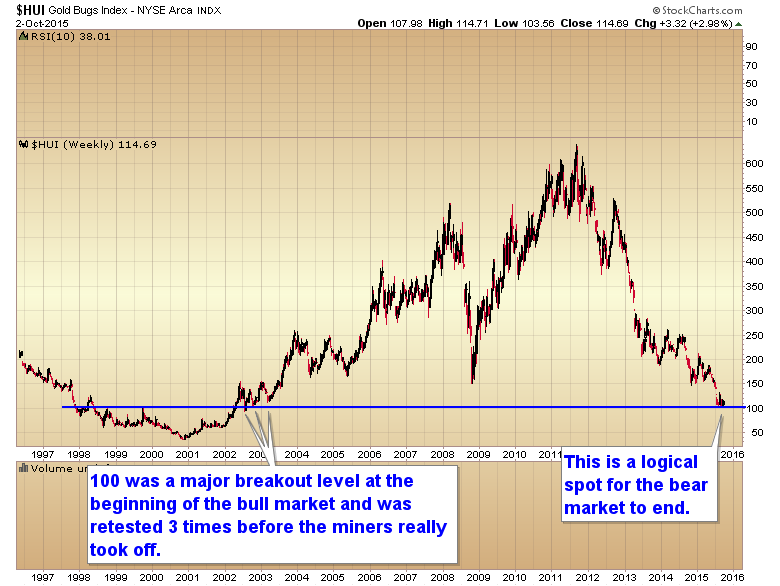 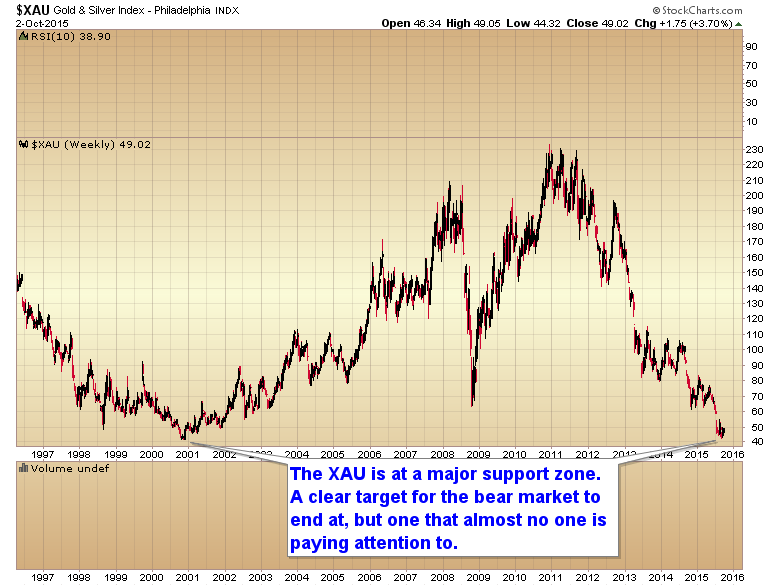 This is how all bull markets start. No one believes that the trend has changed. And the more destructive the bear market has been, the harder it is for traders to accept that something has changed. The stock market bottom in 2009 was a classic example. It wasn’t until well into 2010 that traders started to warm to the idea that maybe a new bull market had begun. By that time many months and many percentage points had already gone by. And then right about the time traders started to get bullish they were hit with the flash crash in 2010.

I’m going to suggest that something similar is likely to happen in gold. If this is the start of a new bull market, and I am starting to lean in that direction, then we should see this rally continue to chug reluctantly higher, keeping as many traders on the sidelines, or short as possible. Then once it becomes undeniable that a new bull trend has started we will get another vicious pullback that will convince everyone that the bear is still alive. But those that know what to look for will realize that pullback will be the last good buying opportunity as the new bull market gets underway. 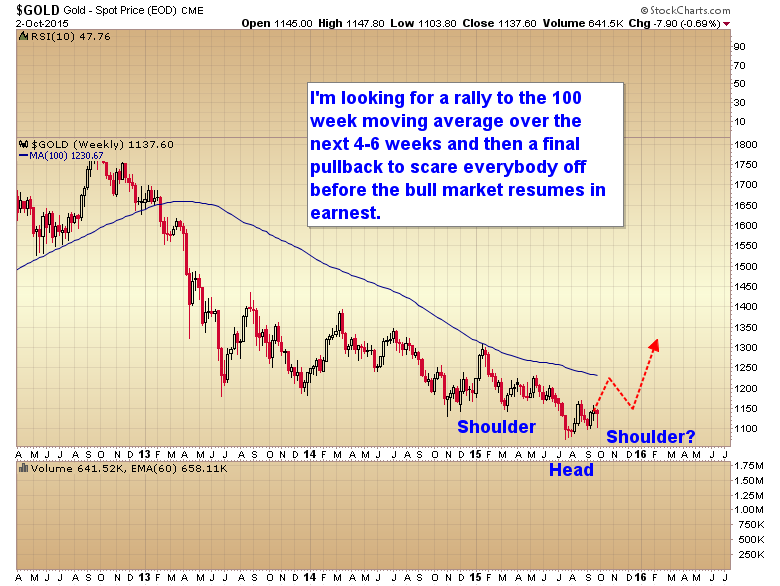 Remember: the more destructive the bear market is, the bigger the bull will be that follows. When viewed through the mining indexes, this has been one of the most destructive bear markets in history. It’s going to generate possibly the largest bull market any of us will ever see.

25 thoughts on “A CHANGE IN CHARACTER”